Gamer Girl Gift Guide – What to Get Your Girl Gamer for Xmas!

It’s that time of year again! What should you get your gamer girlfriend (or daughter, sister, mom, etc.) for Christmas? It depends on what they like! Check out my Gamer Girl Gift Guide from last year even more ideas.

First, we have to point out the elephant in the room. Your gaming lady most likely wants a current gen console, if she doesn’t already have one. Find out if she’s a Sony fangirl or a Halo head and get her an Xbox One or PlayStation 4

. These bad boys are PRICEY, but love has no price tag, amirite?

$400, available at Best Buy and GameStop

or the like, I recommend getting her a 3DS

or 3DS XL. I do NOT recommend getting her a 2DS. If she already has a PS4 but not a Vita, go with the Vita instead.

Not really into spending a month’s rent on a system? No worries, there are plenty of awesome games out right now; you can save the new console present for Valentine’s Day. 😉

But how will you know what game to get her? I have a handy guide to walk you through it.

If She Likes Zombies

If your gamer girl loves zombies, she’ll probably love The Last of Us. Heck, even people who don’t like zombies have fallen in love with this game. The Last of Us also boasts some awesome female characters, such as Ellie, Tess, and the leader of the Fireflies.

If She Loves Disney Princesses

Bioshock Infinite might not sound like the place to go for your Disney lover, but make no mistake, Elizabeth is a Disney princess. This game was a strong contender for game of the year, looks and sounds gorgeous, and has excellent gameplay mechanics.

If She Loves Indiana Jones

The reboot of Tomb Raider takes a look at Lara Croft before she becomes the super-tough chick we all know. Although some people were disappointed with this younger version, I personally really enjoyed watching her turn into the hardened survivor. In the meantime, there’s a beautiful island to explore and secret tombs to unearth!

If She’s a Pokémon Master

Nothin can come between a girl and her Pokémon. Get your lady Pokémon X and/or Pokémon Y!

. If your honey is a big AC fan who has every game, you may want to consider getting her an art book or the comic tie in.

If She’s a Batman Fan

Well, then again, who doesn’t like Batman? Batman: Arkham Origins is the latest in the rebooted and totally awesome Batman video game series. The gameplay is solid, and it’s even fun to just watch someone play the game.

If She Liked Heavy Rain

If she enjoyed Heavy Rain, pick up Beyond Two Souls. If she didn’t like Heavy Rain, don’t get this game for her. David Cage games are not for everyone. 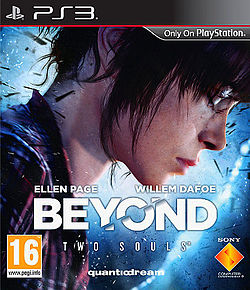 If She Likes to Kick Butt

If your gal is into fighting games, give Injustice: Gods Among Us a go, especially if she liked the reboot of Mortal Kombat or is a fan of DC comics. The tie-in comic is also surprisingly hilarious, so be sure to pick that up for her as well! 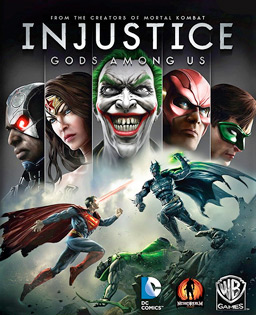 If She Likes to Boogie

There are tons of fun rhythm games out there, from Rock Band to Dance Central – or even Zumba Rush. Remember, you’ll need a Kinect, Move, or Wii to play these games, and some require other peripherals as well. You also need A LOT of space in your house.

If She Ships Indie

There are SO many game options for your indie gamer. You can also check out a ton of cool Kickstarters going on to get even more indie with your game giving. Here are a few indie game recommendations (most of them are platformers):

I could go on and on. I love living in the time of indie games…they’re often so creative and fun!

I hope this list made Christmas shopping a little easier for you. If you need more ideas than just games, be sure to check out our other Gift Guides for all things geeky!

Check out our other awesome holiday content as NBF celebrates the joy of being a geek during present season!

7 thoughts on “Gamer Girl Gift Guide – What to Get Your Girl Gamer for Xmas!”