A Mother’s Quest: Blood of the Werewolf Review 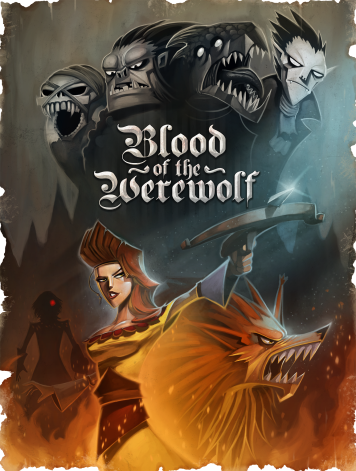 Blood of the Werewolf is a dark and lovely little horror-themed platformer for PC, developed by Scientifically Proven and published by Midnight City. The game can be insanely punishing at times, but fans of tough platformers will love the challenge.

Blood of the Werewolf is the kind of game I like to see — one where an indie studio (not hamstrung by a marketing department demanding a white, brown-haired male lead they can sell to mass audiences) decides that a story would be better told with a female lead. I also enjoyed the voice acting, the art, and the overall plot of the game. While we often run into men fighting to save their children/families, it’s not often that we see the same from female characters. Selena, the lead, also turns into a vicious-looking – and decidedly not-sexy – werewolf whenever she is out in the full moon. I found it to be a nice change of pace, not just visually, but gameplay-wise as well.

Players take on a dual-life as Selena, a loving mother and wife – who also happens to be a werewolf. When tragedy strikes, Selena sets out to avenge her murdered husband and rescue her kidnapped child. Along the way, she’ll encounter around 30 different types of monsters, such as Dracula, Mr. Hyde, and the Mummy.

This game is all about precision and memorization. The controls are your standard WASD to move around, plus Shift+W to jump onto ladders and Shift+S to slide down them. Your mouse controls attacks. You use ranged weapons as a human and a melee attack as the werewolf, and these powers have various upgrades you can unlock. There are fifteen long levels and five boss arenas, so they estimate that it takes the average player about seven hours to beat the game. I’m below average >_>. As for gameplay, it really reminded me of Mario in the fact that you’ll often have to die to learn how to pass a stage. As you may remember from some of my other reviews, I enjoy this kind of challenge in our current era of super-easy, hand-holding games. But never fear! There are checkpoints all over the place, so it’s a little more forgiving than the classics. The levels are pretty long, so these checkpoints are all that stands between you and flipping a table over. My only big issue with the game actually had to do with the controls. The standard buttons for climbing a ladder and shooting were just too difficult for me to use at the same time (leading to my character’s suicidal death leaps). I’m not sure if it was supposed to be such a tough mechanic, but being able to use my controller would have helped. They later messaged me saying that the game plays well with a 360 controller (mine is a knock-off brand), so that should prevent this from being an issue for anyone else. For my part, I switched the buttons around until I found something that worked a little better.

Yes, yes, and yes. I love the look of the game, and the scary music brought just the right amount of old, bad horror movie vibe. The graphics are good and the game runs at 60 FPS.

If you like challenging platformers, give this modern take on the classics a whirl! Again, I have to give kudos to Scientifically Proven for creating such an interesting character! Selena is not just  “a mom,” “a killing machine,” “Sexy McSexypants,” “a big gross monster,” or just “hellbent on revenge” – she’s all of these things, and is more realistic (that sounds silly in a horror game about a werewolf, but there you have it) and interesting as a result. Click here to buy Blood of the Werewolf for $9.99 on Steam.

2 thoughts on “A Mother’s Quest: Blood of the Werewolf Review”