My GOTY –The Banner Saga

Easily my favorite game of 2014, The Banner Saga kick started a chain of ‘finishing’ games at a time when playing a game to completion was low on my priority list. The art style grabbed me immediately, and I fell in love. I wanted to see every screen, every character, and every move across the map.

The gameplay was focused but low pressure, and gave me the opportunity to make decisions (which I love) while still leading me down an interesting tale. Stoic managed to conjure an interest for me in a world that I got to learn more about each time I played.

Broken Age was a lovely unfinished experience that showcased a thoughtfully written story, unique art style, and nostalgic gameplay. The puzzles were simplistic enough that I never found myself frustrated for any reason other than it being an incomplete experience. If you’re one of the few people who haven’t purchased this game yet, I say hold off and pick it up when it’s entirely ready. After playing the first half of this game, I’m confident it’ll be worth the wait. 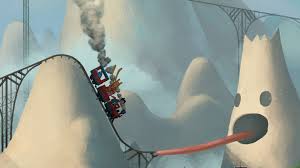 I won’t hide the fact that I’m a very large fan of Super Giant Games, the makers of Transistor. This game experience was one full of beautiful art, equally beautiful music, and straight-up fun game play. The mechanics in Transistor are are different than what you may have experienced in Bastion, but different doesn’t mean less wonderful. 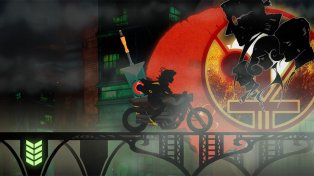 Child of Light is a delightful feast for the eyes.
It has many interesting characters, which may surprise.
The story intrigues, the battles ignite,
Each victory satisfies as you work through the plight. 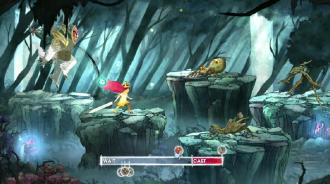 Peggle 2 for Xbox One was a treat to play. The humorously scripted characters with their unique abilities made for some fun gameplay tactics in my house. I will caution, however, that the Peggle 2 experience on your mobile device (in my case, an Android tablet) is a far more frustrating time. If you’re a fan of Peggle and wondering if Peggle 2 is a sound investment, I’m of the opinion that it is, but save yourself the heartache of waiting for energy or asking your social media friends for turns and skip the mobile version. With the console version of Peggle 2, you’ll fill your life with extreme fever, and who doesn’t want that? 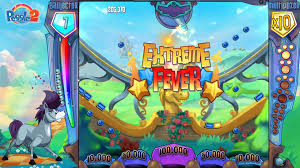 For a moment I wondered how I might justify loving a game where I create and evolve a pathogen in an effort to destroy the world with a deadly plague, without seeming a little…evil? But here I am, in all my evil glory, here to tell you that Plague Inc: Evolved on the PC not only drained the world’s population of healthy living people, but also hours and hours from my schedule. The world overview map allows you to see your plague as it develops across the globe, and it’s up to you to decide how it will evolve and mutate – and also to do what you can to prevent researchers from discovering a cure. The gameplay obviously caters to a tap interface, but once again, I recommend skipping the mobile version in favor of the PC version, as you’ll find the experience more intuitive and full. 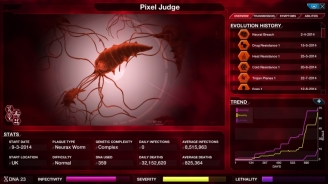 While the early access of Prison Architect may not be new to 2014, I picked it up in 2014 despite my typical wait until the fully finished game launches. In Prison Architect, you’re responsible for creating and maintaining a correctional facility. You start from the ground up and lay out foundations and utilities to create a prison in whatever manner you see fit. Along the way, you’ll discover that your prison requires more security, more food, more visitation spaces, and any number of other things, or else your prison can  – and will – erupt into chaos. Prevent escape, rehabilitate, and use grants to try and create the best gosh-darn prison system you can. 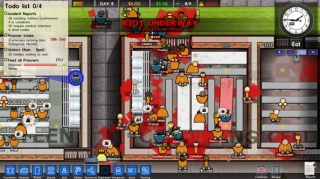 The older I get in my gaming journey and in life, the more likely I am to keep watch for new games from a developer who has provided me with a great gameplay experience in the past. The Behemoth, creators of Alien Hominid and Castle Crashers, are just that developer. While wandering around PAX East a few years ago, my husband and I stumbled upon The Behemoth’s booth, where there were a few large cases with playable levels of BattleBlock Theater. We stood in line (something I almost never do), took our turn, and it was clear from the start that this type of co-op platforming was going to end up in each of our game libraries. When the game FINALLY made it to release, we both picked up a copy. We sat down to begin this game on a Friday night, and we continued to play it throughout the weekend until it was complete. Working together to get through the main story of this hilarious and somewhat macabre platformer, we realized that there was a surprising amount of content in BattleBlock Theater, even beyond the story. The replay value for this title is immense and the laughs, courtesy of The Narrator voiced by Will Stamper, were many. 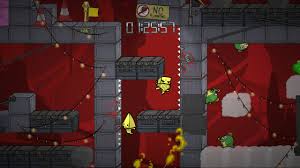 I wanted to jump into the new Phoenix Wright/Professor Layton crossover this year but, while being a big fan of the ace attorney, I’d never played a Professor Layton game. I decided that due diligence was in order before I could consider my chops sufficient enough to attempt the new-to-America release of Professor Layton vs. Phoenix Wright: Ace Attorney. Level 5 does a good job, so what could I have to lose? I finished the game, the animations were really lovely…BUT…Penny Arcade hit the nail on the head with their comic from 2008: 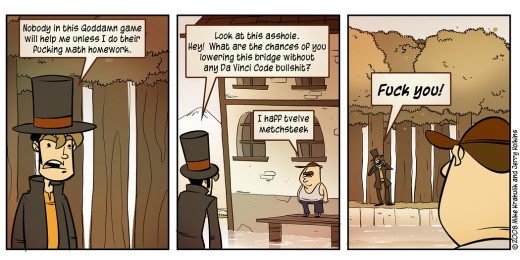 Fourth grade me would be proud.