Holy crap, yes. Oh my God, yes. I loved the first episode hardcore. If you were a fan of the original series, you are gonna love this episode. 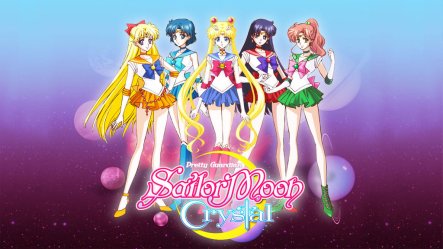 I love the new opening song! First off, it’s beautiful! The song, like most anime songs, is a little ridiculous, but I did love that one of the lines from the song was, “We are not helpless girls who need men’s protection.” WOMEN POWER! I’m hoping that the rest of the show is updated for the times to make it more of a female empowerment show. I hope that they change the episodes a bit so that when we get to the wedding dress one (for instance), the characters don’t necessarily say that getting married is what all girls dream about. Here’s to hoping.

Anyway, the new art looks amazing. The only time I think the CG looks a little silly is in Usagi’s transformation sequence; it kind of makes her already ridiculously long limbs look even longer and odder. I think the focus on the bow, boots, and skirt are silly too.

The beginning episode pretty much follows episode one of the original series almost exactly. One thing they added in is that Usagi has dreams about when she was the Moon Princess. Sure, it’s probably total fan service, but I FREAKING LOVED IT!

I also love that they’ve totally preserved all of the characters from the original series, and they’ve kept their same temperaments. Usagi is just as ditzy and ridiculous as before, and her friends Naru and the annoyingly smart Umino also seem to be very similar, even down to Umino’s spiral glasses. They have Motoki, the video game manager guy as well.

The meetings between Usagi and Luna and Usagi and Mamoru, aka Tuxedo Mask, are just perfect. Luna looks beautiful, and they’ve totally updated Tuxedo Mask’s costume. He even starts out by calling her “bump head” and “bun head!” Love it! 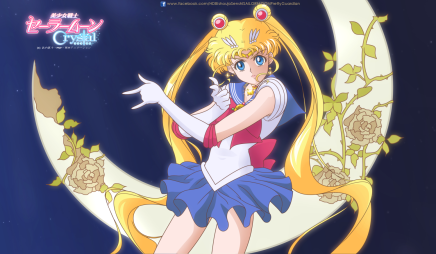 The end of episode fight is admittedly a little easy, but that makes sense seeing as it’s her first fight and the bad guys don’t anticipate any resistance. Also, I love that her crying is a sonic weapon.

At the end of the episode they show Ami, aka Sailor Mercury! In the original series, Ami doesn’t get discovered until episode eight. I wonder if that means they’re speeding up the timeline and will introduce the other Sailor Scouts much quicker in this version?

Overall, I freaking love it so far. It follows the original very closely, but has a few welcome updates to both the graphics and story. I’m really, really excited for the rest of the season, and I can’t wait to see if they tweak the story! Again, if you were a fan before, I think you’re really going to enjoy this episode. If you were never a fan of the show, or maybe didn’t ever watch it, I still recommend it. Try it out, but definitely give it a few episodes before you make your final decision on the series as a whole; it’s a little over the top at the beginning, but the story does deepen the more you get into the show.

Now we have to wait another two weeks for a new episode…boooooo! New episodes air the first and third Saturday of every month on Hulu and Crunchyroll.