[This is a two-part feature on the objectification of men in video games. Check out Kurosune’s article for Part 1. What do you think about the issue? Sound off in the comments of both articles.]

Originally, this two-part series was meant to be a, “No, men aren’t objectified” post with the rebuttal, “Yes, men are objectified.” However, in the course of asking for outside opinions from men, I came to realize that, no, men ARE NOT objectified in video games.

“Objectification is when you remove any agency from a person and treat them as a thing to be acted upon. In the case of women (in games or otherwise), as objects to be desired and lusted after by men and eventually won, without having a say in the matter themselves” – Kevin Roberts

Instead, they are other things: over-sexualized, over-masculinized, they promote negative body image, etc. But male characters aren’t, by definition, objectified. Objectification is what it sounds like: the character is treated as an object. Despite the appearance of many male characters, they are not actually treated as objects. They are fully-realized characters, and the focus is on their skills, story, goals, or all three.

So with that, this two-part opinion piece became more about how women and men both look at the issue. I learned some interesting things about how men feel about the depiction of men in video games, and I write this feeling more informed, and also a little curious about what else we can learn about how the two genders view the same problem differently.

So with that, let’s dive in to the comments. On Twitter and Facebook, I asked: “What do you think about the objectification of men in video games?” Quite a few people responded by asking for some examples. Since that wasn’t the point of the question, I’ve left those responses out, but it is interesting to note that people could not think of examples on their own.

Below are some answers:

I’m definitely not condoning any of the sentiments expressed by the antagonists in this post, but, I wonder if any of the scrawny and/or overweight dudes working in the games industry get upset when the hero of their action game needs to be a muscled, idyllic, “badass” human male. If I was involved in a discussion about the size of the arms on the hero of my game, I can’t see myself being offended, because it doesn’t portray men in a reasonable way. I remember the sexism argument used to be that there were too few female protagonists in games; is it shifting to now that they’re too pretty (by societal standards, don’t get mad at me here!)? Finally, I’m not sure that a crude discussion of anatomy can really be considered “sexism.”

I don’t…think…that’s a thing… Men are always the subject, at least 99% of the time. I can’t think of a game I’ve ever played, or even heard of, where the man was being acted upon as the object of a woman or even another man. Waiting to be rescued, waiting to be sexed up by the female protagonist, with no other agency…you know.

I’m trying to think of an example where a male character is used as a means to an end and as an object instead of a person.

I won’t say that it doesn’t happen. but the men who are exposed to it usually aren’t offended by it. That’s really the difference, IMO. I assume they aren’t offended because they are too busy looking at CGI boobs (or maybe admiring the male specimen.) I think both sexes are objectified (maybe equally), but because of historical oppression, women are more sensitive.

Why are most male characters so ridiculously violent and overly muscle-bound?

Kevin again (in response to Marc)

Because of the male power fantasy. Men and women are both exaggerated in an idealized way. But the male idealization is to represent male power fantasies. The women, as usually designed and written by men, are designed to be sexy, hot, and inert.

One that springs to mind is Resident Evil…or, in fact, any Capcom game. Biceps bigger than your face, etc. 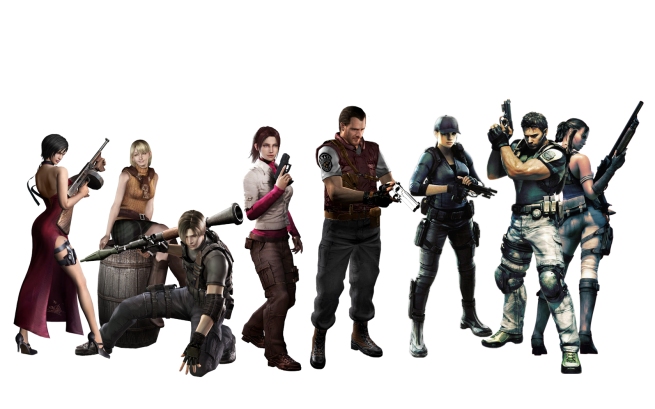 I don’t see any objectification of men in games. Nathan Drake from Uncharted is basically exactly like Robert Downey Jr. in Iron Man. So to say: funny dude who takes nothing serious. And Nathan is a pretty normal guy, probably a bit more sporty than the average man.

Facebook then devolved into an argument between two men, one who claimed that there wasn’t really sexism in games anymore, and one naming various examples. While very interesting, the debate was not really on topic, so I chose to leave it out of the responses. I then posed the question to Twitter.

In my opinion, you can’t objectify gender in video games because they are just that, objects to further a story. They should be free from accusations of wrongdoings. You don’t do that with the creation and child, heart’s blood, of an artist.

Don’t care, it’s entertainment, take it as it is.

It doesn’t happen as much as the objectification of women. I think we need a Magic Mike game to balance it out.

I, for one, will never measure up physically to the men in most games. Body issues exist for men too!

I really don’t care. It’s a game. It doesn’t bother me at all.

Well, if you’re asking a guy to save the world, like in most games, he would have to be extra-masculine, right?

Is there a particular title you’re thinking of? Can’t for the life of me think of a mainstream game that objectifies men.

I don’t think it’s nearly as bad as in the media. I mean, you can argue that the player is meant to play an abstract role.

Exaggerated. I think it’s just as bad as the portrayal of woman in games. I guess half-naked girls and beefy men sell. -John

Unless the game itself is character driven/has any form of narrative, “objectification” doesn’t really matter to me.

Don’t see it all that often and I don’t really care.

What does it all mean?

So, what are some important take-aways from this? One is that, seemingly for many men, the issue just isn’t important to them. I won’t go into why it is more important for women, because it has been covered many times before, except to say that we’re more sensitive to it because we face a constant barrage, both from the media and our day-to-day lives, of this sort of treatment – so we’re more attuned to when it is happening. We also have far fewer examples of characters of our gender who are not objectified. Does this mean we shouldn’t care about the issue? I think not. It is entirely possible that some men are too shy to say that they have a problem with it, for example.

Another interesting point was, as I stated in the beginning, the realization that men are not usually objectified in games, whether they are the main character, the best friend, the villain, or the soldiers you’re killing. They can, however, often be very sexualized and/or portrayed with exaggerated masculine features – the male power fantasy.

A strong tenant of feminism is the belief that changes that benefit women will also benefit men. One of those changes is creating a more tolerant society for men to just be themselves, as opposed to being forced into a gender stereotype. I look forward to the day when a brown-haired, white, muscle-bound man is no longer the only kind of character male gamers get to relate to. Could you imagine having a gay main character?

Interesting articles I came across while writing this:

One thought on “Reverse Sexism in VideoGames: Are MEN Objectified? Part 2”