These are five things that I always watch in the days leading up to Christmas.

Linus: I never thought it was such a bad little tree. It’s not bad at all, really. Maybe it just needs a little love.

This is the quintessential Christmas special. The kids are putting on a Christmas pageant, Charlie Brown is disillusioned by his friends’ attitudes toward the holiday, and even Snoopy is getting wrapped up in the commercialism of the holiday. Vince Guaraldi’s music for this special is some of his most famous, and I defy anyone who listens to it to not get into the Christmas spirit. Even if you aren’t religious, you can still appreciate the message that Linus has for everyone in the pageant after they get mad at Charlie Brown for his sickly-looking tree – the holidays are about the simple love and happiness that we should feel year-round. At the end, using Christmas magic, the whole gang spruces (didn’t even mean to make that pun) Charlie Brown’s sad little tree and makes it beautiful.

You can watch it for free on hulu! 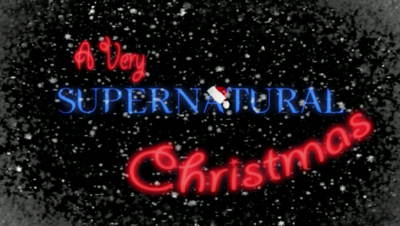 Sam: Look, Dean. If you wanna have Christmas, knock yourself out. Just don’t involve me.
Dean: Oh, yeah. That’d be great. Me and myself making cranberry molds.

If you don’t know the premise of Supernatural, brothers Sam and Dean Winchester travel the country hunting ghosts, demons, and pretty much any supernatural being you can think of. In this episode, something strange is going on in the town of Seattle – folks turn up dead around Christmas every year. Sam suspects an evil Santa, but the real culprit is definitely unexpected. Sam and Dean are also dealing with personal issues, as Sam doesn’t want to celebrate Christmas and Dean does. Supernatural does something that I think is pretty difficult – they balance humor and horror so that a potentially terrifying show always has a light spot (much like the next show I’m going to recommend). For example, the episode contains a hilarious sequence of Sam and Dean accusing the wrong person and having to sing-a-long with him to a Christmas carol that they have absolutely no knowledge of.

You can watch Supernatural streaming on Netflix.

Buffy: Vampires probably not that big on Christmas, now that I think about it.
Angel: Not as a rule, no.

I wanted to be Buffy as a high schooler – who am I kidding, I still do. This episode both sets up season seven by introducing its Big Bad (four seasons ahead of time!) and stands alone as a wonderful Christmas episode. The story is heavily Angel-focused – he is having nightmares of his past (and we are subjected to David Boreanaz’s highly questionable Irish accent in the process). This episode has it all – ass-kicking, one-liners, a heartwarming montage, and a Christmas miracle.

You can watch Buffy streaming on Netflix. 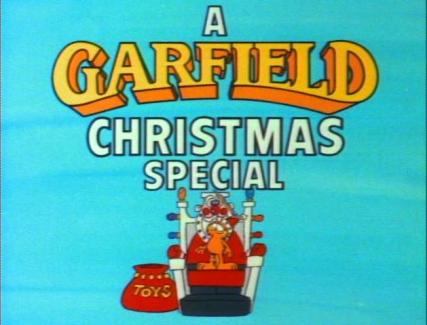 A Garfield Christmas was the special I looked forward to most as a kid. Garfield is wonderfully sarcastic, and Jon is always optimistic, even when things are going wrong. Odie and Jon’s crazy family round out the cast of the special, which involves heading to Jon’s childhood home to celebrate Christmas with his parents, brother, and grandmother. This special really emphasizes the importance of love and family over gifts, but also shows that the right gift can mean all the difference in the world to someone. Garfield never fails to deliver on sass either, and I find the special pretty much as funny as I did when I was a kid.

And look! I found the entire special for you to watch!

Eddie: You surprised to see us, Clark?
Clark: Oh, Eddie…if I woke up tomorrow with my head sewn to the carpet, I wouldn’t be more surprised than I am now.

My absolute favorite. There is no end to the quotable lines from this movie, and every year I look forward to sitting down with my family and laughing at the antics of the extended Griswold clan. Even though we only watch it once a year, it’s gotten to the point where my family knows almost the entire movie line for line. Even when the movie stretches the Griswold’s luck to the breaking point, they never stop caring for one another (underneath the sometimes-scathing barbs). Some of my favorite parts deal with the plight of the yuppie next-door neighbors; I don’t understand why they haven’t moved yet!

You can watch Christmas Vacation on Netflix.

All of my favorite specials and movies combine humor and love of family (or friends close enough to be your family) and are part of making the holidays special for me. What do you watch for the holidays? Let me know in the comments!

One thought on “Top Five Things to Watch around Christmas”