Wii U Out Now! 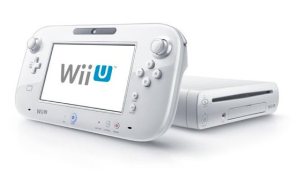 The Wii U was released yesterday! There are two different consoles that you can get, the Deluxe Set and the Basic Set. You can compare the two versions here at the official Wii U site. The black Deluxe Set is the one that comes with Nintendo Land, and it also boasts a lot more additional internal storage than the white Basic Set.

The selection of games for the Wii U at launch is pretty great. There are twenty-six launch titles in addition to five digital-only games. Some highlights include: New Super Mario Brothers U, LEGO City Undercover, Bayonetta 2, Pikmin 3, Wii Fit U, Mass Effect 3: Special Edition, Aliens: Colonel Marines, Marvel Avengers: Battle for Earth, ZombiU, Batman: Arkham City Armored Edition, and Scribblenauts Unlimited. There are definitely a wide variety of games to choose from, so every gamer in your house will be happy. You can view the full list here and watch some trailers here. You can also still play all your Wii games, and transfer saves, virtual console data, and WiiWare titles to your Wii U. You won’t be able to play GameCube games anymore though, although some will be available through the virtual console.

Are you planning on getting a Wii U? If you have one, what do you think so far?

One thought on “Wii U Out Now!”