Bloodstained: Curse of the Moon is Pure Castlevania Nostalgia! 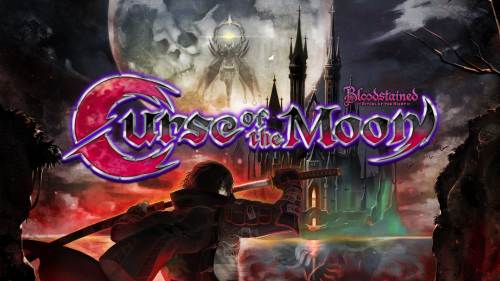 While Bloodstained: Curse of the Moon may only exist because of the incredible success of its parent game in blowing away its Kickstarter goals, letting its status as a side project keep you from buying it would be a terrible mistake. It may be a side project, sure, but it’s definitely a good one. In fact, in the relatively short time since its May 24th release date, the game has already sold in excess of 100,000 copies!

Curse of the Moon is essentially a love letter to the classic Castlevania games of lore, done in the vein of an original IP. To be more specific, it’s an homage to the fantastic Castlevania III: Dracula’s Curse on the NES. The game features wonderfully detailed 8-bit aesthetics, a fantastic soundtrack, and the tight controls that anyone who has played the 8-bit Castlevania games has come to expect. It also features the ability to recruit new characters to your team, giving you the ability to swap characters on-the-fly and use their unique powers to reach new places and overcome difficult foes in new ways.

While no exact release date has been made available yet for the larger Bloodstained: Ritual of the Night, you can expect to see that game make its debut sometime later this year. Meanwhile, you can pick up a digital copy of Curse of the Moon on PC, PlayStation 4, PS Vita, Xbox One, and Nintendo Switch!

At a mere $9.99, it’s really hard to go wrong with this purchase anyway!