What the Switch?…A Retail Experience

When the Nintendo Switch was first announced last fall, I thought it was a nifty looking device, although I wasn’t sure that I’d rush out to buy one on release day. I made the decision not to pre-order the console, but as March 3 approached, I decided I did want to pick one up. I stayed up until midnight Eastern refreshing the Walmart website, and managed to snag a Nintendo Switch with Neon Red/Blue Joy-Cons and get it checked out within a couple minutes.

The new console arrived that next Monday, March 6, and it was here that my strange, frustrating adventure began.

Before I go into any more details, I’d like to point out that I agree with the Nintendo customer service representatives who I spoke to, who assured me that my issues represented less than 2% of customers and that the Nintendo Switch is a solid gaming platform. I’m sharing these experiences with you because they are interesting, but please don’t let them dissuade you from buying this awesome device!

Because I was busy most of the week that the console arrived, it took me several days to finally unpack the device and get it set up. Set up was actually pretty fast and went without a hitch, but not long after getting into playing around with the system, I noticed that the docking station was acting up. While connected to the TV via HDMI, the signal would drop out every once in a while and refuse to come back. Also, the Switch would not consistently be charged while docked, sometimes running off of A/C power and at other times running off of battery. I also noticed that the dock was a very tight fit for the console, running the risk of scratching up the screen.

Thankfully, Walmart has a pretty awesome return policy, so I packed up the system and brought it to one of my local stores. Sadly, they didn’t have any Nintendo Switch consoles in stock and they were unable to order a replacement one for me, so I was forced to accept a refund. While I was originally set on getting a console that came with the neon controllers due to their uniqueness, I was able to come to terms with getting one with the grey Joy-Cons and eventually tracked down a second Switch.

Happy that I was able to get a second system while many were scouring the Earth just trying to get their first one, I soon set up this new Switch and started enjoying it…only to discover that the console’s screen would randomly cut off while in tablet mode. Because the Switch would still output audio, I figured that there was something up with the display and this, too, ended up having to be refunded.

I decided to take a short break from trying to get a working system, as I was starting to get burned out on the process. Eventually, though, I got restless and decided to take one more crack at it. I actually managed to track down two consoles this time at two nearby stores, deciding to sell one online at a very reasonable price and keeping the other for personal use. The one I kept worked out great for a week or so of playing it almost exclusively while docked, but once I disconnected the tablet for an extended period of time, I noticed that it was unable to maintain a charge, going from 100% battery down to around 25% in about 20 minutes.

Nintendo’s Customer Service was profusely sorry the few times that I contacted them during this adventure and made sure to assure me that less than 2% of Nintendo Switch consoles had experienced any major issues like these. They said that it was probably a matter of stores in my area having gotten an unfortunate batch of products in, and when I asked them if I should try to track down a fourth system, the last representative I spoke to said he would probably give it a few weeks or so to iron out any further problems. 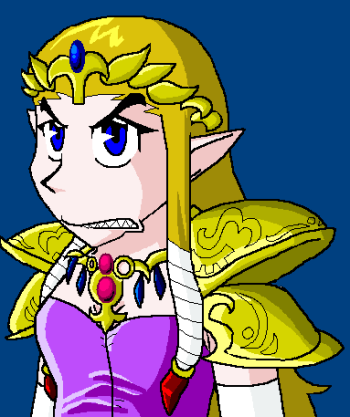 I don’t believe that I’ve ever returned a game console in the past, let alone returned one more than once. I think the fact that I returned the Nintendo Switch three times is a testament to the fact that I believe this game console has a lot of potential. Honestly, it’s the first home console that I’ve been excited about in over a decade, and the first I bought on launch day since the GameCube came out back in 2001. I’d really like to get a brand-new, working Nintendo Switch that comes with the neon Joy-Cons, and I guess I’ll just have to be patient while I wait to find one.

Meanwhile, Link has gone back to his chamber in the Shrine of Resurrection and is waiting for that fateful day when I will return to set him free…