11 Books for Fans of Stranger Things

Unless you’ve been living under a rock, you’ve likely binged on the Netflix original series Stranger Things by now, and chances are you really enjoyed it. With a slew of 80s pop culture influences, fusing Stephen King, Dungeons & Dragons, and vintage Stephen Spielberg, Stranger Things is every old school sci-fi/horror nerd’s dream. If you liked the show, you’ll also probably like my list of eleven (see what I did there?) books that capture that same spooky feeling you got while watching.

The young protagonist of King’s 1980 sci-fi thriller is a girl named Charlie who gains superhuman abilities through shady government experiments (sound familiar?). But instead of electricity, Charlie’s telepathic power favors pyrotechnics. She and her father (also a victim of the experiments) escape and have to go on the run. It’s obvious this novel had some influence on the show, and it’s a must-read for fans. 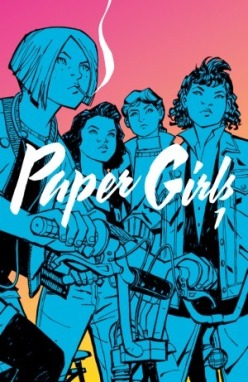 Okay, so this is a graphic novel, but it’s also perfect for this list. The story is set in the 1980s and strives to recreate the classic Spielberg adventure – with an all-girl cast. In it, a band of twelve-year-old misfit paper delivery girls uncover a strange alien invasion and science fictional terrors in their hometown while delivering the paper in the early morning right after Halloween in 1988. Have you ever wished that your favorite 80s sci-fi adventure movies could be recast with all women? If so, pick up this comic immediately.

The Girl with All the Gifts by M.R. Carey

This book was recently adapted as a movie, so you won’t have to wait long to see it on the big screen. A group of children in a “special school.” Kept in cells. Experimented on. Dissected by a cruel scientist. And one girl with the capacity to save everyone – or become a monster. Sound familiar yet? If you loved Eleven, you’ll love this book, which does an amazing job of blending characterization, heart-stopping thrills, great adventure, and scientific ideas.

Signal to Noise by Silvia Moreno-Garcia 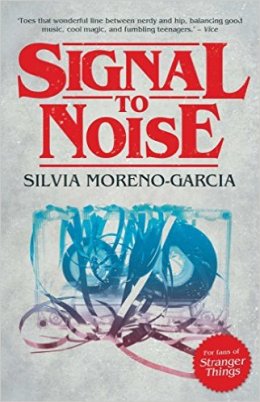 Besides its awesome vintage-looking cover invoking the Stranger Things opening sequence, this book deals with the mystery of power during those turbulent teenage years, which is something the show does very well. In Mexico City 1988, Meche, an awkward 15-year-old girl with equally awkward friends and tons of vinyl records to keep her company, discovers how to cast spells using music. The group works to navigate the world of high school and family together. In 2009, Meche returns for her father’s funeral, and she is forced to come to terms with the decisions she made and the events that led to her group of friends breaking up. 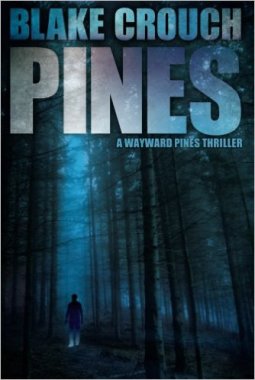 This trilogy was clearly an inspiration for Stranger Things. The Duffer brothers both served as writers for Fox’s adaptation of the books, which follow a Secret Service agent tasked with unraveling the secrets of the mysterious town of Wayward Pines, Idaho after a car accident leaves him stranded there. There are electric fences surrounding the town. No one believes him. His investigation turns up more questions than answers. See the resemblance?

Boys of Summer by Richard Cox

Set in 1983, the same year as Stranger Things, this book follows a 13-year-old boy named Todd Willis who awakens from a coma to find himself inhabiting a hometown that looks the same but doesn’t exactly feel quite right. As Todd struggles with lingering hallucinations and separating fact from fiction, he makes friends with a group of boys who help him discover the secret behind the darkness – a secret no one talks about until 25 years later, when the evil returns.

The City & The City by China Miéville 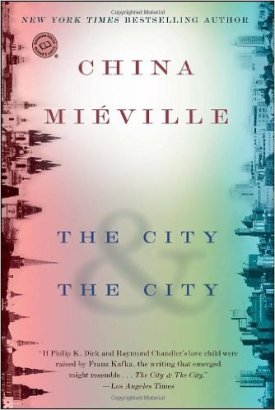 This book is part weird science fiction experiment, part police procedural, taking place in a city…with another city existing on top of it in the same exact space time, but completely different and supposedly “unseen.” It’s basically the upside down. When a woman is murdered in the city, the investigator must span two different worlds in one physical space in order to collect clues – something I bet Hopper could totally relate to.

Another book set in the 1980s, this story is the unholy hybrid of The Exorcist and Beaches. A tongue-in-cheek tale of demonic possession and best friendship, the novel blends teen angst, unspeakable horrors, and 80s pop music into a supernatural thriller that any fan of Stranger Things would absolutely love. Plus, the protagonist is incredibly obsessed with E.T.

The premise of this book should sound familiar to any Stranger Things fan: a family is shaken after a teenage boy mysteriously disappears in the woods of a local park. His mother becomes frantic with worry, especially when messages from her boy begin appearing in her house. Racked with worry, pain, and guilt, the mother is wholly unprepared for the series of strange events that follow. As the search grows more desperate and the implications become more haunting and sinister, no one is prepared for the shocking truth about the boy’s disappearance.

Speaking of strange things beyond our comprehension and the secret government program that tries to investigate them, this novel is just that. A group of four women with no names are sent by a long forgotten government program to investigate Area X, a mysteriously cut-off region of the country, and record their observations. Much like Stranger Things, the story deals with terrors from other worlds encroaching on our own for unknown reasons, and you really have no idea what’s going on in the mysterious realm of Area X, even when you’re finished the book.

Summer of Night by Dan Simmons

If you enjoy an adventure story about a group of boys hunting an ancient evil, you’ll enjoy this novel featuring five twelve-year-old boys. When strange and horrifying events begin to overtake everyday life in the small town of Elm Haven, Illinois, the group of boys are determined to exorcise the ancient plague. An invisible evil rises from the depths of the local school, spreading terror through the once idyllic town, and it’s up to the boys to wage a war of blood and hunt down the abomination to save their town.

One thought on “11 Books for Fans of Stranger Things”