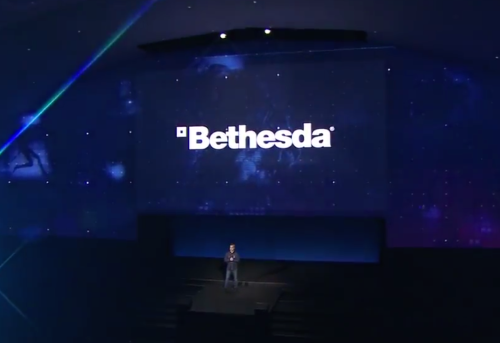 Bethesda opened in probably one of the dorkiest ways possible with this bootup screen:

If you can’t read the fine print, they’re bringing back…

It was your typical FPS game trailer of a bunch of guys who could easily stand in for Thanos’s impressive purple jawline shooting, maiming, and buzz sawing each other. There was even one woman. An entire woman. That’s how you know it’s a diverse game, when they managed to get a blue-haired chick.

Coming to the PC at 120htz with unlocked frame rates, there will be arena combat and hallmark fights. I assume this means there’s a level where every player has to get their favorite Barbie ornament for their Christmas tree, but find there’s only one left and do battle for it.
From the studio that revived Doom comes Quake – mining your childhood for all it’s worth.

Bethesda is gathering some of those sweet magic moneys with a new card game. 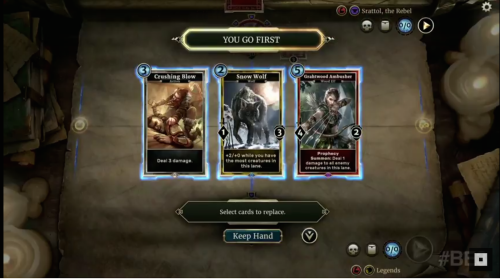 You can sign up for the beta, and they’re working to bring it to tablets and android by and by.

They played the obligatory let’s pretend there’s a plot to this card game trailer, but my feed went wonky at that time. I’m pretty sure there’s an evil owl who’s forcing people to play card games for his amusement. When not cleaning up all of its vomited rat bones, of course.

Hedwig’s first taste of real power. It’s set in the Elder Scrolls universe, so if there is any mention of said elder scroll(s) it’ll be totally by accident.

I am not joking about the tons of DLC. For supposedly being done, they had a bunch of Fallout to show fast. first up is Contraptions, which is coming next week. It’ll let you build things like elevators, sorting machines, conveyor belts…

All the things necessary to make your settlements feel more like home, if you lived inside a weapons machinery warehouse with an assaultron as your butler and a pet deathclaw named Fluffy.

To keep driving home the fact that Fallout 4 is basically Sims with more explosions: Vault-Tec Workshop. 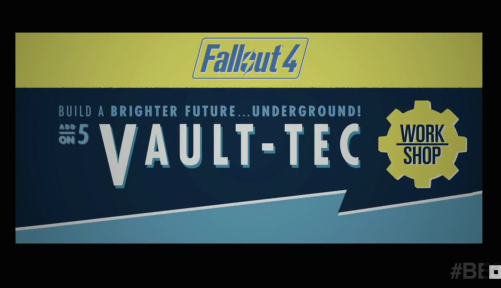 That’s right! Now you too can build your own rat maze of a vault in July 2016. They took the fun of Fallout Shelter and gave you the ability to torture, I mean test, your vault dwellers to your little heart’s content:

And the last one is Nuka World, coming August 2016: 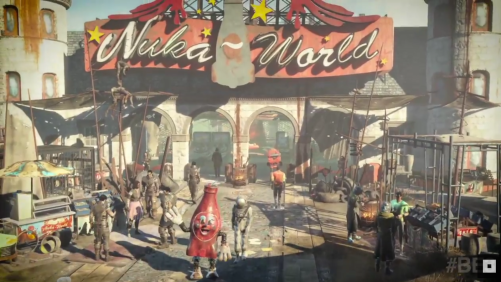 That was all we were told, so I’m guessing it’s a build your own amusement park where you can take your vault dwellers as a treat after accidentally growing them a second head named Gary.

Speaking of Fallout Shelter, they’re updating that too and porting it over to PC. 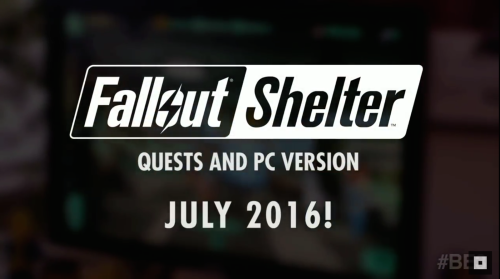 New characters, new locations, new enemies and all of them are the Pope. He’s not as Innocent as he looks.

You can’t stop Fallout no matter how hard you try!

Guess who’s coming to the next gens? Dragon vikings! 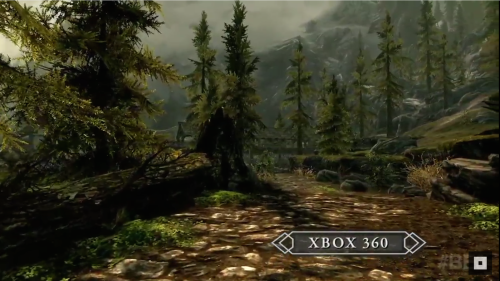 New Skyrim (They gave it a good urine stain before setting it free):

They’re adding shiny new things such as water shaders to talk smack about you to your face:

Screen-space reflections which are not a new spell that’ll create an alien copy of your character to fight for you, no matter how much that should be real:

And God Rays. When someone asks if you want god rays, you say yes! 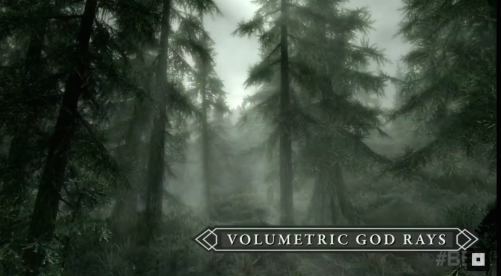 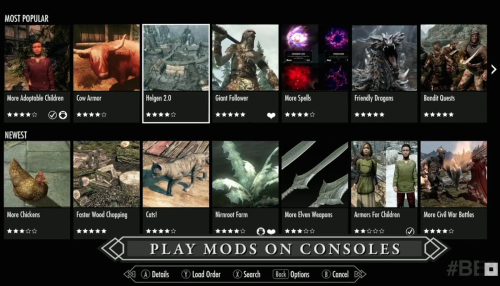 I don’t know why anyone wants more chickens, lest you intend to anger the mighty chicken god who everyone in Skyrim worships, but more power to you, I suppose. 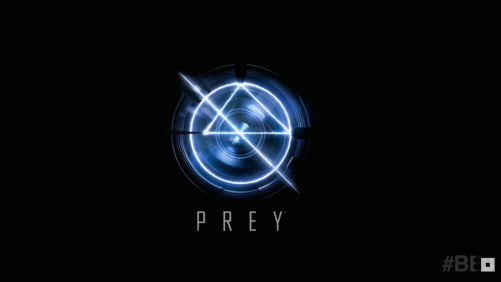 Bethesda had one new game to introduce, and it’s called Prey. The trailer opens with a guy (because, despite it being in first person perspective, you’d only play as a guy, the default gender. Women don’t really exist after all. We’re an illusion thought up by the chicken god) going through his normal routine. Wash face, drink coffee, play with space suit, check on his eyes turning bloodier each morning. 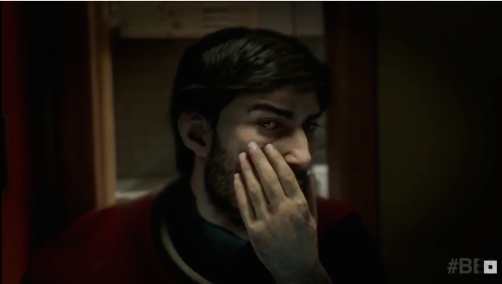 Everything goes to shit (because it’s a video game) and the guy wakes up to find he’s trapped in Portal. Just kidding, GLaDOS would make it way too awesome, and women aren’t real.

There’s some fighting, some attacking, and you seem to have contracted the black oil cancer from X-Files: 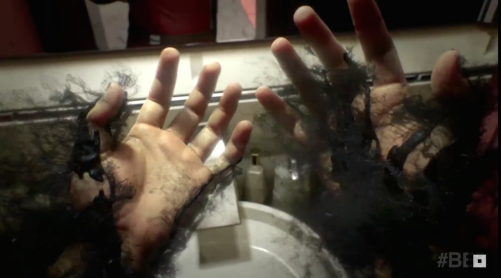 But only as a guy. Guys are our last hope for humanity, none of that weird, non-existent woman stuff. Guys only.

Anyone else like to shout DOOM! at the top of their lungs like they’re running through a castle in Latveria swirling a giant green cape around them? Just me? Doom!

Doom‘s got some DLC coming with a new playable demon, new gun, equipment, taunts, and modes. One is called Exodus, the other Sector, as well as three free for all modes:

Remember demos? Bethesda suddenly does, because for this week, you can download Doom‘s and play it. Seems a bit like closing the barn door after the horse’s already booked a new stable on AirBnB, but what do I know.

They are damn proud of themselves for having seven million players, to the point it got mentioned so often I didn’t even have to take notes. It’s embedded forever in my brain. Who invented the cotton gin? Eli Whitney. What’s the capital of Saskatchewan? Regina. How many people are playing Elder Scrolls Online? 7 million!

On June 23rd, they’re heading off to Japan, which means a bunch of people will have to give it up so they’ll keep at the magical seven million watermark. No more, no less. Seven million is the balance in the world.

Good news for us poor console owning bastards, the Dark Brotherhood quest is coming on Tuesday. 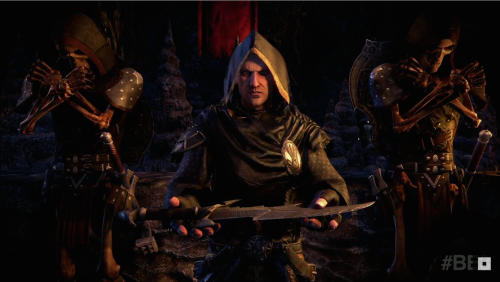 You’re heading off to Cyrodiil, which has gotten really spiffed up since Oblivion when it was all stashed under some dead lady’s statue. They even got themselves a few skeleton guards to stand around looking cool.

The other change to Elder Scrolls Online (7 million) is that all characters are now automatically leveled. No more level restrictions to areas. You can go anywhere at anytime to kill all the mudcrabs to your heart’s desire.

Okay, that’s enough pussyfooting around. Let’s get to it. The big one of the night. 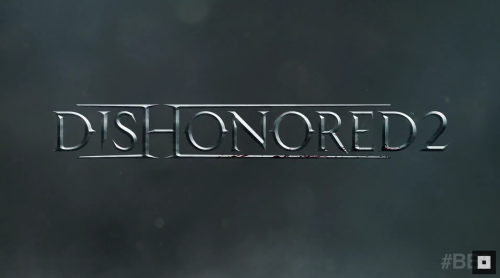 I am crazy excited about this game. Sneaking games are my jam and toast. Add in the fact that there are a dozen different ways to complete a mission, and I’m in heaven. And this time you can play as Emily. Emily!

The world’s looking familiar: if you jammed Skryim, Fallout, and Bioshock into a Victorian blender and hit frappe. And I mean that in the best way possible. The steampunk references are still felt.

And clockwork robots patrol museums, which you just know we’ll be putting blades through to stop (does it count as murder if you destroy a few bird bots?)

As is black skull guy. Not sure about him. Maybe he’s a friendly barber in this world with almost no women except the Empress and a few prostitutes.

Their street cleaners need to stop using cherry Kool-Aid to scrub the cobblestones though: 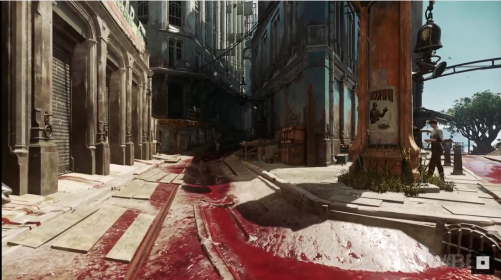 The plot begins in Dunwall fifteen years after the first one, where Emily is celebrating the memory of her mother along with her father Corvo. You can play as either the new Empress or her old father/bodyguard, and I was 1000% percent all set to be Emily until I heard him speak in the trailer. Maybe my ears aren’t up to snuff, but I could swear it’s the same voice actor as Thane from Mass Effect, who also recently did Kellogg in Fallout 4. It’s a good thing Dishonored is meant to be replayed, because that’s a touch choice.

I can see why he wore that steampunk mask the whole time in the first game. Corvo’s looking a little rough around the hobo gills there.
As always happens when there are thrones involved, someone usurps her shiny crown, and now it’s up to Emily (or Corvo Thane) to travel to the new island of Karnaka to get it back.

We got to see some pretty cool gameplay segments set in the dust district, which seems an odd thing to have on an island (where’s all that dust coming from?), but it gives the devs a chance to include, you guessed it, weather. Random dust storms will flare up to make things difficult, because nature’s a jerk like that. 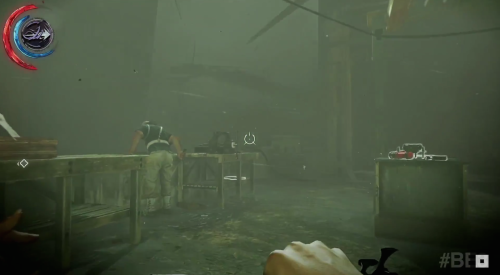 Emily’s abilities look bonkers cool, especially Domino. It lets her sync up various guards so that whatever she does to one affects them all. Stab one guy, they all go down. Of course, if you want, there’s still the pacifist option which is what I try to take. I did a run in the first game where I didn’t kill a person, because Corvo is sweet as a Carebear. We also saw a few examples of Emily’s far reach and a shadow walk that let her sneak around like Venom from Spider-Man.
She’s got all new powers, while Corvo’s have been updated, and they can be upgraded like in the last game.
We also got to see another cool level involving a creepy mansion where your magic powers don’t work, but there’s time shit.

Attached to your wrist is a little time portal that lets you take a peak at both the present, when the mansion’s abandoned, and the past, when it was full of guards. By using that you can hop in and out, taking down guards then zipping back to the past for safety.

All in all, Dishonored 2 looks amazing, and I can’t wait to get my claws on it, even if I still want to strangle the Stranger every time his smug voice starts up.

Dishonored 2 drops November 11th, and you can get a fancy pants definitive addition with Corvo’s mask and Emily’s ring (which I assume will be important). Pre-ordering Dishonored 2 now will include the definitive edition of Dishonored for free if you haven’t played it, for some reason. (Don’t trust Roger Sterling, ever).

That’s all Bethesda shared, which was fewer games overall, but a much better and deeper look compared to EA.