In honor of the movie coming out, I decided to list the top 10 creepiest Goosebumps episodes:

Slappy made me terrified of any dummies – really, any porcelain dolls. Slappy is the creepiest Goosebumps antagonist. Seeing him talking and walking brought a sleepless night after watching it. This wasn’t the only time Slappy was used; he was popular enough to come out in seasons two and three of the show. Many people found Chucky terrifying, but for me, it was Slappy.

Slappy is the main villain in the new Goosebumps movie.

The scene that cinched this spot for this episode was the one where Jerry Hawkins (the boy taking the lessons) finds a room filled with just hands playing piano. Hands that Mr. Toggle and Dr. Shreek obtained from previous students. It was the fact that it was such an innocent activity turned into something terrifying.

What was the family expecting from a theme park with the name “Horrorland?” They have to play game show run by the horrors in the theme park. They probably stayed away from theme parks for a while after that.

This was a Stepford Wives inspired two-partner. The parents send their delinquent children to all-boys school and once they return, they’re perfect citizens. Fishy? Of course, the “perfect” children are clones and the “bad boys” are kept in the basement prison. It’s a very sinister episode. Most of these parents must have known it wasn’t their child, but chose to keep the “good” one to make their lives easier; that’s the most disturbing part of the episodes.

This had a Poison-Ivyesque feel to the episode once you find out the truth about the story’s “dad.” It was a tale of an experiment gone very wrong. The poor, traumatized children.

Yes, Adam Sandler was definitely inspired by this episode for his movie. The premise is the same as the movie – the boy abuses the remote control’s power, but with many disastrous results. Seth, the boy in the story, ends up alone and trapped in a void with no one to save him, not even his precious remote. 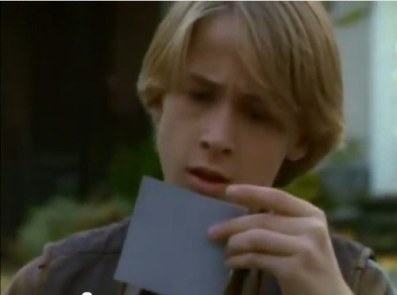 Yes, that is Ryan Gosling in the episode. How creepy would this episode be now using modern technology? Getting sucked into the camera, no fun. It’s an eerie episode with an added bonus of Ryan Gosling.

Slappy, oh creepy Slappy. This is reminiscent of the Bride of the Chucky. There’s not one evil dummy, but two. This wasn’t Slappy’s first appearance in the series, nor was it his last.

Nothing is creepier than a disturbing baby. Two babies, even worse. Enough said.

At the time I watched it, I was six years old and thought the ending was a great plot twist. The person, in this case, the librarian you thought was the monster was just a red herring. The girl and her family were the monsters. Nothing was what it seemed.

The whole “Goosebumps” series is available on Netflix for your viewing pleasure.

Did I miss any? Leave your comments down below.