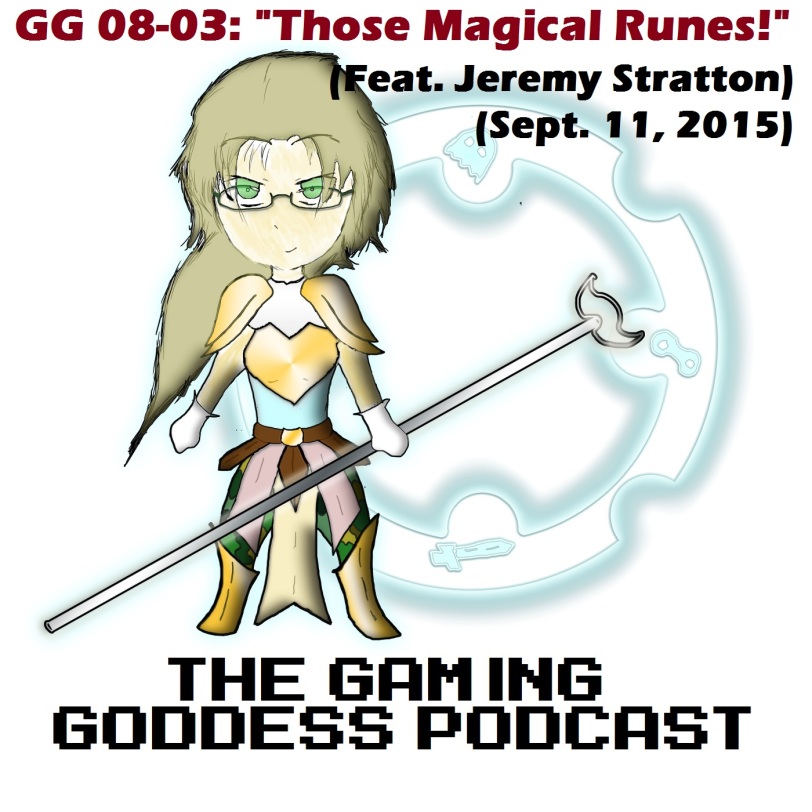 This week on The Gaming Goddess podcast, my good friend Jeremy Stratton comes on the show to talk about his latest adventures in Runes of Magic.

When I first met Jeremy back in 2012, he had a regular column at Massively focusing on this exact game. He had spent around three years playing the game, but had also of course been playing other games (Guild Wars 2 being one of them). For various reasons that he alludes to in this episode, he quit the game for a while, but recently he rediscovered it and started to take a new look at it. He shares his experiences with me on the show.

Jeremy brings up many topics this episode (as usual!), but one of them is how Asian MMORPGs are regarded in the “West” (hint: not all that well!). Runes of Magic, however, is one of those games that stands apart from those clichés in a good way. As he points out, it may not be the best game, but it does a lot of things right.

Next time he’s on the show, Jeremy will be discussing his photographic endeavors at Gosh Photography!

Meanwhile, beyond the option to subscribe on iTunes or snag the RSS, you can get an MP3 of this week’s episode here: GG 08-03: Those Magical Runes! (MP3)