Games for the Visually Impaired: Perception 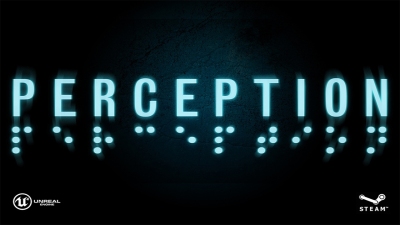 Described as a “bold and fresh take on the first person narrative games,” Perception from The Deep End Games immerses players into a world where they aren’t able to use their senses fully.

Perception is a first-person narrative horror adventure that tells the story of Cassie, a blind heroine who uses her extraordinary hearing and razor-sharp wits to unravel the mysteries of an abandoned estate that haunts her dreams. After months of research, she discovers an abandoned mansion in Gloucester, MA. Once there, Cassie finds that Echo Bluff is worse than her nightmares. A ghastly Presence has tormented its inhabitants over generations, and it now hunts Cassie. She must solve the estate’s mysteries or become one of its victims.

Cassie, the main character, doesn’t use weapons. Instead, she uses her cane and her phone to find clues to the history of Echo Bluff. The enemy, the Presence, diligently tries to prevent her from divulging any secrets the home may hold. Cassie is also kept prisoner in the home, forced into “a deadly game of cat and mouse.” Throughout the game, Cassie sees flashbacks or visions of the home throughout the years. After discovering the source of the evil in each generation of the Echo Bluff home, Cassie must work to make things right.

Players “see” using sound in this game. Cassie might hear a loud pipe whistle and know where she is. She also taps her cane on the floor to find her way around the mansion. However, the sound that benefits her also puts her in danger; it can attract the Presence.

Perception is a narrative-driven game where the story is extremely interactive; it isn’t just all cut scenes. Players can use Cassie’s smartphone to learn more about the history of the mansion. You can use an app on the phone to turn letters into audio, for example, and another app to call in the help of a friend, who will describe certain objects or environments (kind of like this real life app).

A clue from the past?

The studio is made up of former BioShock developers led by 12-year Irrational veteran Bill Gardner. Gardner and his team have just over two weeks left to fund the game and reach their $150,000 goal.

Rewards include t-shirts, a digital download of the game, and many opportunities to collaborate with the team, hang out with them at an arcade, and really be a part of the game itself. Your voicemail could be in Cassie’s phone, a bust of your likeness could appear in the mansion, or Cassie might find a letter written by you, hidden away.

Support for People with Visual Impairments

If the Kickstarter for Percption hits $250,000, The Deep End Games will donate up to $25,000 of the game’s proceeds to World Access for the Blind, a non-profit organization that teaches blind people to “discover a new way of ‘seeing through sound.'” In terms of being aware of and supporting those with accessibility needs, the team spent time in their conceptual phase researching visual impairment, and “how people can still be empowered despite those challenges.” They did this by working with individuals from this organization, and are thrilled to be able to give back by raising awareness.

However, this isn’t a game for those with significant visual impairments. As much as the team would like to make the game accessible to all, it would mean “a number of significant design changes beyond the scope” of their fundraising goal. They are making small changes to assist players with low vision, though, such as large subtitles, high contrast, reticule selection, and text-to-speech.

A game with a visually impaired main character isn’t unique. BlindSide, an audio-only adventure game, is targeted toward people with visual impairments as well as those with perfect sight. Inspired by the co-creator’s own temporary blindness (a result of an explosion in high school chemistry) this game is catered to horror lovers:

You play as Case, an assistant professor who wakes up blind, to find his city destroyed and mysterious creatures devouring people. Will you and your girlfriend be able to find your way without sight? How will you escape? Run for your life, navigate the darkness, and uncover the mystery of the apocalypse–all in the dark!

Other game developers are also getting involved with making the game world more inclusive for people with disabilities. Audio-driven games such as Papa Sangre, The Nightjar, and Three Monkeys also offer to take players on unique adventures using only sound.

If you’re interested in reading, a blind person’s first hand experience with video gaming, check out this blog by Brandon Cole.

Cole’s experiences, along with additional information on the topic, can be found in this article on Polygon.

One thought on “Games for the Visually Impaired: Perception”