My Goal: Create a shopping list of the best nerdy, geeky, fun things I can on my local Craigslist, while sticking to a fictitious budget.

Budget: Come in under $1,000 for ten awesome items. The budget started out at $100, but then I realized that there were too many expensive things I couldn’t pass up. 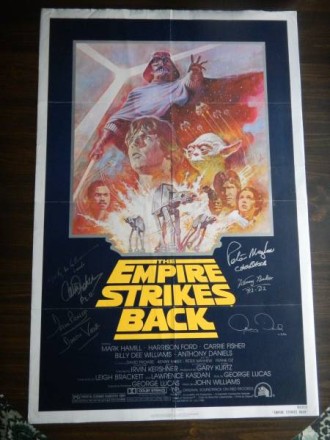 Autographed by the actors who portrayed R2-D2, Princess Leia, C-3PO, Lando, Darth Vader, and Chewie. If I had the expendable income, this would be hanging over my fireplace with some tasteful lighting gently illuminating it right now.

PSH. POCKET CHANGE. Mint condition, never opened, and featuring Dr. Finkelstein. Now I just need to acquire the rest for when I have the relatives over for dinner. 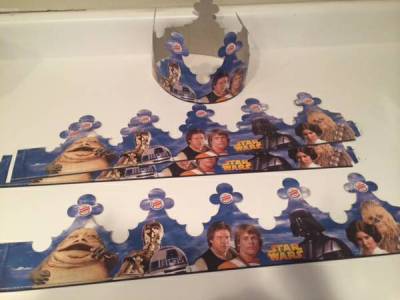 When you;re invited to my super fancy dinner party where we’ll eat off of the Nightmare Before Christmas plates, we can wear these crowns and pretend to be fancy. Jabba looks like he’s already chowing down. 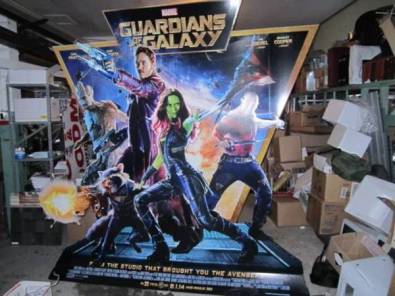 Groot is life-sized! I could brush my teeth in the morning right next to him! I don’t think this would fit anywhere in my apartment. I also think that I’d forget I bought it and be startled by it multiple times a day. I’ve always wanted to buy something obnoxiously large from a movie theater though.

I have so many questions. Why only red? Why take the time to separate them? Will I get a discount if I find a blue one in there? This is great though. I can finally build my homage to…something red.

These little guys are so cool and remind me of the great films they’re inspired by, like Forbidden Planet. I want them on my desk at work. I will make robot noises all day to narrate their adventures. My supervisor will fire me. I will live in a box outside with my tiny robot friends. 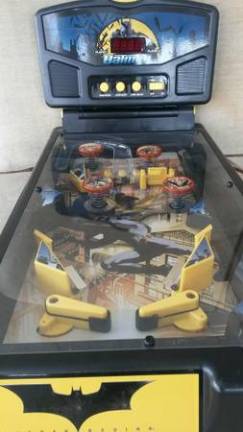 Holy pinball, Batman! I couldn’t complete my Craigslist hunt without finding something Batman-related. This thing is the perfect size to sit on my coffee table and amuse me for hours. I became obsessed with pinball after playing a Timon and Pumbaa pinball game on my grandma’s computer as a kid. I’d imagine the real thing is just as addictive.

Quoth the raven, brew some more.

Sorry, I had to make a raven joke. Beer not included, unfortunately. I’m a big Poe fan. This is kind of a cool piece if you have a place for it in your home. If you have a beer tap in your house, I’m also pretty jealous.

The headphones are even still wrapped! I loved our Game Boy. I could sing you all of the tunes from the Mario levels I kept getting stuck on. I played a Donkey Kong game too, but that one was close to impossible. I recently took a look at the system and studied the display. No matter how I adjusted the contrast, it was almost impossible to see. I know why I wear glasses now. Still though, this is brand new! 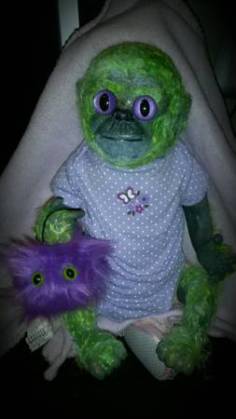 I found this and just had to share it with the public. Maybe this fits with your decor and I could find it a loving home. The description is golden: “This is a one of a kind 16 inch hand painted vinyl monkey with hand applied hair. Monkey has a cloth jointed body and huge glow in the dark purple eyes. Doll is one of a kind.”

I cannot understand the circumstances under which this was created. “Hey mom, little Johnny would love it if his grandma made him a doll! He loves monkeys!” Grandma might have thought glowing eyes would help him not be so afraid of the dark. Instead, she gave him something else to be afraid of…