Need a present for a book lover? What about nerdy jewelry?!

Do you or your friends love books like The Dresden Files by Jim Butcher, The Name of the Wind by Patrick Rothfuss, The Lord of the Rings by J. R. R. Tolkien, or pretty much anything written by Brandon Sanderson? Then you need to check out Badali Jewelry, because their wares makes fantastic presents! 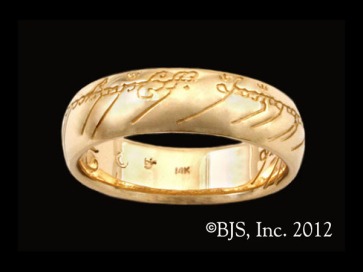 I first discovered Badali Jewelry because they started making licensed rings and necklaces from the books of my favorite author, Pat Rothfuss. Much to my surprise, they have a large array of stunningly beautiful items. After buying both Denna’s ring and the talent pipes necklace from Pat’s series, I was at Gen Con and met Janelle Powell, who’s pretty much the person in charge of the whole Badali operation. She was just so sweet and wonderful that I had to interview her.

Janelle told me that Badali was actually started by her father, and soon, the whole family was involved. Her whole family are nerds. Most of her family has dyslexia, and the only thing they deemed worth the trouble to read was fantasy novels. Janelle says that the fact that they get to make nerdy jewelry is a dream come true.

Originally her father just started making jewelry of his own design, but once they got the licensing for The Lord of the Rings, they started down the track of geeky jewelry. After that licensing, Janelle got the opportunity to design her first item for their Cthulhu line. Check it out! 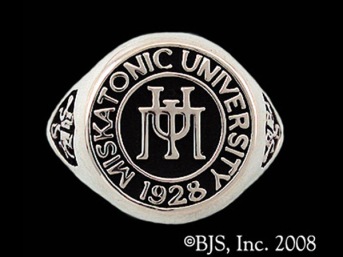 “I’m a huge Lovecraft fan. It wasn’t too long after I started working there that I said, ‘Can I give it a try and design some jewelry?’ And they said, ‘Yeah, sure. I don’t know if anyone will like Lovecraft, but go ahead.'”

As you can imagine, the ring and everything Lovecraft did end up selling pretty well.

“The most surreal and kind of feather in my cap is that I got to sell Guillermo del Toro one of my Lovecraft rings, and Wil Wheaton, and getting to meet these people that I’m just in awe and star-struck over, and having them admire something that I made is just kind of mind-boggling. They are some of the nicest people in the world, and anytime they can come by and say hi they do. It’s just kind of a connection that it doesn’t matter who you are, there’s something about love going into an item you make, it resonates with everyone. It’s the best thing in the world to have someone pick up a piece you made and you designed and love it as much as you did.”

So how exactly does the design process work when you’re designing something that an author has already created? Their first step, when they already have a contract with an author, is to pick a piece they want to work on. The author will either say, ‘Why yes, I’d love to have that piece of jewelry become real,’ or ‘Nope, I’d rather not have that designed.’

If they get the yes, Badali’s designers go to work. They draw up sketches, and an author will either approve or asks for tweaks. Then they’ll move to a wax model, because it’s easier to make changes, and go through the same process. Some authors are very hands on, and some, like Brandon Sanderson, tell them to do their thing and then pretty much approve it right away.

“With Pat Rothfuss, we went through five or six different designs for Denna’s ring, full metal designs. Basically I had two of our jewelers give their interpretation of the ring because Pat was just like, ‘I haven’t given her ring that much thought, so let’s see what you guys are inspired by.'”

After going through the back and forth for a bit, she said they were starting to narrow down the designs when Pat emailed them.

“Through the process of doing that, Pat actually ended up coming up with a story for the ring. And he emailed us one day and said, ‘You know, lightning has finally struck. I know what I want the ring to be.’ So then there are little hidden nods on the ring in the design that nobody will fully understand until the third book comes out.”

Being a gigantic fan girl of The Kingkiller Chronicles, my head pretty much exploded when she told me that. I had to take a few moments before I was able to actually focus and continue the interview. Damn you Janelle for making me want Doors of Stone even more than ever! As you can imagine, she took a lot of delight in my thunderstruck and excited reaction.

“That’s what I think the most fun part is about what we do – there’s a story that goes into every piece of jewelry we design. Every little detail we can add that is a subtle secret nod, that only die-hard geeks will pick out, is so much fun for us, because we’re those geeks. We want to put those kinds of things that make you giddy inside when you find them and see them.”

Something cool that’s potentially about to happen is an author is considering having Badali actually help him design a piece for an upcoming book before it’s even out! He says he’d like to be able to describe it accurately in the book, and have something real his fans can wear about. Pretty cool!

Being a writer for our geeky feminist blog, I couldn’t let her go without asking her if as a woman who operates a business in a geeky industry, she’s experienced sexism. And while she did say in general she has experienced very little sexism, she does get a little of it, especially at conventions.

“When some male con attendees come up, I don’t know if it’s all dealers, but they expect us to show our chops as far as knowing our subject matter, proving that we have read or are fans of whatever we’re doing, especially with the Lovecraft line. There’s kind of a little…I don’t know if it’s shock, or ‘Huh,’ but they didn’t expect a girl to make a line of Lovecraft jewelry. But every time, there are some men looking at the jewelry, and they’re informed that I’m the designer, you can see on their face, ‘Huh. A girl did that?’ But I’ve never had anyone go, ‘A girl did that, I don’t want it.'”

“Follow your passion! Seriously, if you’re passionate about something, just keep going. Keep your head up high. There is everything wonderful about a woman with purpose and confidence. Finding that drive, because there may be five people telling you no, but for every five people who say no, you’ll find ten who say yes. You just got to keep going. And failure isn’t a bad thing. There is more to learn by failing, then there is by succeeding every single time.”

So seriously, go check out Badali Jewelry. Their pieces are high-quality, are meant to be worn, and make fantastic presents. I’ve worn my pieces every day for years, and they haven’t shown any signs of breaking down. 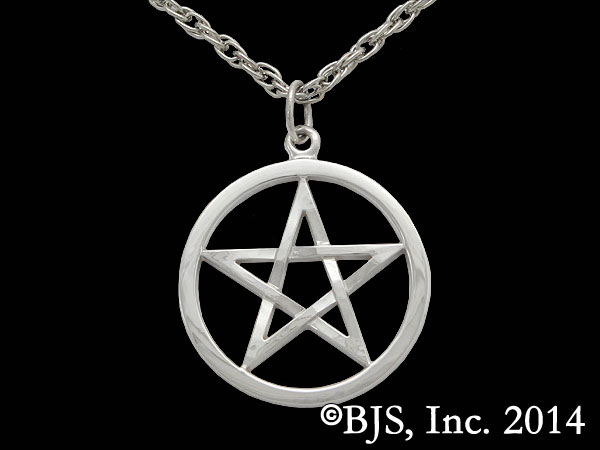 Some of their new items include Jim Butcher’s Dresden Files jewelry, like his pentacle necklace, a mini Bob the Skull necklace, and his shield bracelet! They also have Auri’s Brazen Gear, from Pat’s newest book, The Slow Regard of Silent Things.