Welcome to The Skeptic’s Corner, the monthly column in which I share my reservations about various books, movies, TV shows, video games, and more! 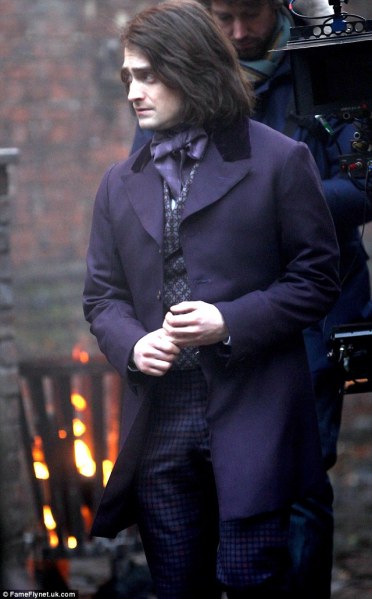 I absolutely adore Mary Shelley’s Frankenstein. I’ve mentioned in the past that my favorite genre within classical literature is Gothic. Not only are they dark and fantastical, but they also feature elements of Romanticism, which is my second favorite literary movement. As far as classic literature goes, the Gothic genre is the one for me, and topping my list of favorites is Frankenstein due to its cautionary nature. I love science – I think science is often pretty great. But I also fear it, and I fear the great minds behind it. I believe quite strongly that there’s a line when it comes to what humans should and should not explore, and more and more it feels as though we are drawing ever nearer to it. While some may try to equate this to our more advanced technology, this wariness has been around for centuries. It’s hard to read Frankenstein and not see it as a warning to the scientists of Shelly’s time. There are some things that humans aren’t meant to do, that we should never even try. The full title of the novel is actually Frankenstein, or The Modern Prometheus. According to Greek Mythology, Prometheus was a Titan who created humans from clay. He then stole fire from the gods on Mount Olympus and gave it to the humans, enabling them to grow into civilized, intelligent creatures. Furious with Prometheus for undermining the gods, Zeus has the titan chained to a rock, where an eagle eats his liver every night. During the day it grows back, and the cycle is repeated for all of eternity. 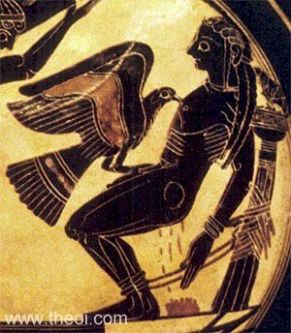 Victor Frankenstein also tries to “play God” and is horrifically punished for it. By trying to make life out of dead tissues and the power of lightning, Victor crosses the line and creates not a creature to be celebrated, but an ugly and grotesque monster. Horrified by what he has done, Victor rejects the creature, and rather than accept it as his responsibility and something he must now care for and guide in its new life, he abhors it. Quite understandably, the creature becomes a monster with his mind set on revenge. The monster is a tragic character that we are meant to sympathize with as he kills many of the people around Victor in a fit of rage and pain.

But while Frankenstein represents science taken too far, his best friend, Henry Clerval, is quite the opposite. Henry is all about the humanities. He’s a handsome, pure man who wants to help people around him through his generosity. He believes in the goodness taught by God and has high morals. In many ways, Henry is too good, too perfect. He just doesn’t feel like a real person because, let’s be honest, no one is as perfect as Henry. Henry is Victor’s foil. His goodness and pureness are used to illustrate Frankenstein’s misdeeds.

The story of Victor Frankenstein will always hold a soft spot in my heart. It was the first play I was a part of in high school, and it was one of the final books we read in the last class I ever took of my favorite teacher’s. The character of Henry, specifically, was responsible for my first high school crush. Silly and embarrassing as it is to admit, I was so enthralled by the actor’s portrayal of Henry that I developed quite a crush on him (though I can assure you, I was not alone in this!). In addition to the fond memories I have associated with this story, the story itself was something I instantly fell in love with. I was shocked to learn that Frankenstein was not the name of the monster, but his creator, and I was fascinated by the depth of the story – it was far more interesting than any of the Hollywood adaptations!

And, most importantly to this post? I learned that there was no such character as Igor. Hollywood has long made a name for itself by completely redoing classic stories, oftentimes to their detriment, but there’s no story that it’s managed to screw up more in the minds of the general public than that of Victor Frankenstein and his monster.

So when I learned that Daniel Radcliffe (best known as Harry Potter) would be playing Igor in Hollywood’s most recent adaptation, I felt a lot like this:

Then, when I learned that Igor would be playing the voice of reason for Victor, I felt like this.

I just…I just really don’t understand why you would claim to love a classic to the point of wanting to remake it, and then do this. I don’t get why, after clearly wanting to make it more of a drama than a horror by using a character to try and stop Victor from getting in too deep, you would do this. I just do not understand why you would continue with Igor when a perfectly good character already exists to do exactly what you want.

As far as I can remember, Henry wasn’t privy to his best bud’s plans until it was too late. Had Henry known, you can be sure he would have done everything in his power to stop his friend from going through with this heinous act. So, again, Henry would be the most logical (and, might I add, canon) character to fill the role.

Another thing about Igor that has never made sense to me is the fact that he’s supposed to be ugly and deformed. And yet, one of the big points in the novel is how ugly the monster is. Indeed, this is a large part of why he turns out the way he does. The creature was not evil by nature. Had his “father” not abandoned him and left him to a cruel world, he could have been a kind and loving man. But Victor was horrified from the moment the creature opened his eyes, for it was a hideous being. Victor had taken pains to assemble a “beautiful” body, but in his foolishness, he hadn’t really considered what would happen if one were to reanimate a corpse. Had he expected the pallor of death to suddenly vanish? The tight, rotting skin to be filled with the radiance of life? Judging by the shock and terror he was overcome with by the sight of his creation, yes, yes he had. 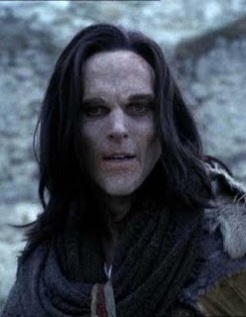 Now, I’m not saying that Igor is in any way as frightening as a corpse. But to a man like Frankenstein who appears to hold much value in beauty (he mentions fairly often how beautiful Henry is) it seems odd that he would choose such a grotesque person to be his assistant. To be perfectly honest, I’ve never known why Hollywood invented Igor in the first place. Was it, simply enough, that they were really into makeup and prosthetic pieces? Were they just experimenting and pushing the medium to see what they could come up with? Or was there actually a plot reason? Now when you think of Igor, you think of a mad scientist figure who is working on a plan for world domination. But that was never Frankenstein’s motivation. The creature was never supposed to be his minion, nor a tool for destruction. One of the things that makes me love this story so much is that neither Frankenstein nor the monster are evil. Frankenstein is selfish and terribly misguided, yes, but not evil. The monster is angry and hurt, but simply existing is not what made him that way.

I honestly don’t know whether I’ll see this movie. I like to support Dan whenever I can (fangirly as that may sound, I grew up with those kids – they were a large part of my teen years), but I don’t think I can pay 20th Century Fox for this piece of garbage. From what I’ve heard, it sounds like the film will actually be quite good, but I know I’ll just be angry every time Igor comes on screen, and silly and stupid as it sounds, I can’t forgive them for going this route. They already had the perfect character for the role and he could have easily been played by Dan – they wouldn’t even have needed to cast a different actor! But instead, they wanted to put a “new twist” on a character who isn’t even canon, and that makes absolutely no sense to me.

What do you think?  If you’re a fan of Frankenstein, will you still go to see it? Am I being too much of a fangirl, or does it feel as weird to you as it does to me? I’d love to hear your thoughts on this, as it’s something I’ve been quite miffed about for months.