When Adult Swim Games contacted me to see if I was interested in reviewing this game, I pretty much knew nothing about it. When I typed in the game’s name on Google to see what came up, though, it seemed like there was quite a bit of anticipation for it. A lot of people had seen demos and trailers, and were really excited about it, but I guess it was one of those games that fell under my radar. Still, Adult Swim Games publishes and develops some neat things, so I was curious to try this game (which was actually developed by a company called Necrophone Games).

Jazzpunk is…different. Very different from what I was expecting (although, honestly, I didn’t really know what to expect). The game is basically a spy parody set in an alternate, fictional Earth in late 1959. The world of this game, while not completely different from ours, is quite strange in many ways. Despite being 1959, the world of Jazzpunk features androids, laptops, and some other gadgets that feel much more modern. Yet, as the title suggests (itself being an homage to the term “steampunk”), everything seen in game, whether advanced or not, has a very 1950s feel to it. What’s more, the political structure of the game is quite strange. Gone is the United States of America, now replaced by Japanada, a large North American state that seems to be a set of prefectures belonging to Japan (I saw no explanation for this, though my guess was that perhaps Japan was not defeated in World War II here). Some of the game’s events center on the fictional Vera City, but despite it having been North Dakota at one point, it later appears that Vera City is, in fact, in Brazilia. Things like this seem to have been done on purpose, as the game quite intentionally doesn’t take itself too seriously.

In Jazzpunk, players take on the role of an unnamed spy working for an (as far as I could tell) unnamed spy organization. The first mission you have in the game is to retrieve a stolen tape that contains sensitive information the Director doesn’t want to get into enemy hands (in this case, the Soviets). This is achieved by breaking into the Soviet Embassy in Vera City and has to be done very carefully. In this situation, you actually have to go in and manually change the hands on the clock in the lobby to say that it’s noon, which then makes the window washers outside go on break, and thus allows you to use their platform to hoist yourself up the building and break into the lab above. That, of course, actually makes sense, despite being done in a zany fashion. To obtain the computer tape, however, you actually have to go inside some little digital world inside the computer, and that…well, let’s face it, doesn’t make much sense.

A later mission involves stealing back some kind of advanced, mechanical artificial kidney from a cowboy in the city, and that’s done in the rather unceremonious way of giving him fugu that disagrees with him, making him violently ill. Literally.

But this type of craziness is truly where the game shines. Jazzpunk is a game that’s not meant to be taken seriously. It’s a game whose creators seem to have had a lot of fun making it. Obviously, it isn’t meant to directly reflect the true world atmosphere in 1959, but the developers didn’t care. They purposely put modern laptops in the game for fun, purposely put Easter eggs in the game (like a Jazzpunk NES cartridge you can find in a trash can in Vera City), and purposely put in fun little mini-games and side quests for you to complete. In many ways, the real meat of the game isn’t in simply completing each mission so that you can move on to the next area; rather, the bulk of the game’s action comes with exploring the places you go, talking to all the NPCs, interacting with everything, and immersing yourself in this zany, fictional spy fantasy. Doing so will not only get you into crazy situations (some of which you can see in the video included with this review), but you’ll unlock strange and fun mini-games as you go. For example, you can help an anthropomorphic frog (who looks an awful lot like Hypnotoad) cross the street to retrieve a VR helmet in a Frogger-like mini-game, or you can look through a microscope to see viruses and destroy them in a very retro Space Invaders mini-game.

Although this is a fun game, it isn’t flawless. My biggest complaint about the game actually lies in how it handles full screen mode. Usually, if you put a game into full screen mode, this locks the mouse within the game so it won’t wander. However, Jazzpunk seems to handle it more like full screen windowed mode, which means that full-screening the game itself completely fails to keep the mouse bound within it. This may not be a problem for most people, who are likely playing on a single-display set up, but for me, who has a tri-display setup, this is a problem. Since you actually have to use the mouse to look around and interact with objects, I often found myself accidentally clicking outside the game client and minimizing it during inopportune moments. Even if I hadn’t messed something up while doing this, it still would have been very annoying. The only way I found to get around this was to use the “E” key to interact with objects, and even though the mouse icon would leave the game screen, clicking wasn’t really as much of a problem.

Also, for some reason, I had some difficulty getting the game to record with XSplit, which is what I normally use. Even with just having XSplit open with a preview of the game displaying, performance dropped by close to 50 percent. This doesn’t happen with any other game I’ve had a recording program open with, so I can only assume that it’s due to some problem in which XSplit’s codecs are not interacting right with Jazzpunk, although honestly I know very little in this area, so I could be way off. Regardless, I can’t fault the game for this, as it really doesn’t impede gameplay for the average person.

All-in-all, Jazzpunk is a fun game. If you go into it expecting simply to have a good time, see crazy NPCs, and get into hilarious situations, all while exploring and finding awesome throwbacks to days gone by, you’ll really like this one. It may not be perfect, but it’s pretty darn fun! 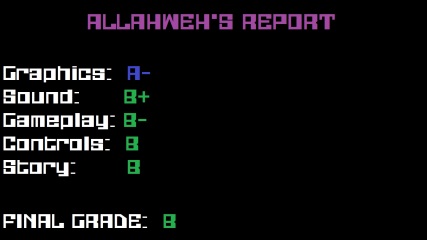 One thought on “Review: Jazzpunk – A Zany Spy Fantasy”