Hey, you! Are you a programmer, designer, artist, or audio person? Have you been dying to develop a game? Well, you’re in luck! The 2013 Holiday Game Jam has begun!

What’s a game jam? A game jam is when a bunch of people get together and make a game or prototype within a certain time period. 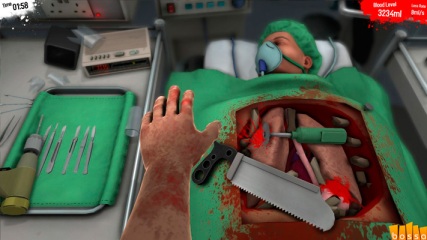 The prototype was made during the Global Game Jam 2013, and now the jam group gets to work with Valve making games!

So, what’s the Holiday Game Jam?

Founded by L.A.-based indie games space Glitch City, the Holiday Game Jam is a month-long event celebrating the holiday season and raising money for the Child’s Play Foundation, which provides toys and games to hospitals worldwide.

Organized by Teddy Diefenbach (of Hyper Light Drifter) and Archie Prakash (of Asteroid Soccer 2014), the event invites game developers all over the world to create games that celebrate the optimism, thankfulness, and love of the holiday season.

Developers work anywhere, anytime during December, creating original games OR special holiday-themed demos of their released or unreleased games. Each day on the site, a new door of the holiday calendar will unlock to reveal an in-progress game. On December 23rd, the games will be put on sale for charity at pay-what-you-want prices. Pre-orders are available now on the site through the Humble Store.

“Spread cheer and love during the holidays. We want games of a positive nature. Gore, hate, and sarcasm need not apply. But if you want to make a Die Hard game, that’s cool.”

So what do you think? Let us know in the comments!