The ladies of Nerdy But Flirty took some time to think about what we’re most thankful for this holiday season. Check out our picks and let us know what you’re thankful for! It doesn’t have to be as geeky as our list! ^_^

. I’m eternally thankful for my best friend, sibling, life coach, familiar and partner: Vaporeon. With special thanks to my infinite team: Vaporeon, Serperior, Charizard and Plusle. Because of them and the bonds we have formed, I never need the complete team of six Pokemon.” – Jacqueline

“The game I’m thankful for is The Last of Us. It was an awesome zombie game, and I can’t wait to play the DLC that focuses more on Ellie.” – Stephanie

“I am profusely thankful for the return of the Neil Gaiman Sandman comic that now fills the void in my soul that formed in 1996 (Now can Warren Ellis resurrect Spider Jerusalem so we can have the same thing with Transmetropolitan? Just kidding…OR AM I?). I am also thankful for Carol Danvers and the tantilizing rumor that if a Captain Marvel movie was to be made, that Katee Sackhoff (i.e Starbuck)  would play her.” – Meghan

. I have never played anything more detailed in my life. It was beautifully made with so much to keep track of. There’s no game that’s made me cry as much either. That story is sad! I got so attached to the characters that I felt all the feels throughout the events in the game. It’s a wonderful game.” – Amanda

“The game I am thankful for is Mixed-up Mother Goose

(VGA Edition!) from Sierra. This was the first game I remember playing, and it definitely was the one that sparked my love of video games.” – Kelsey R. 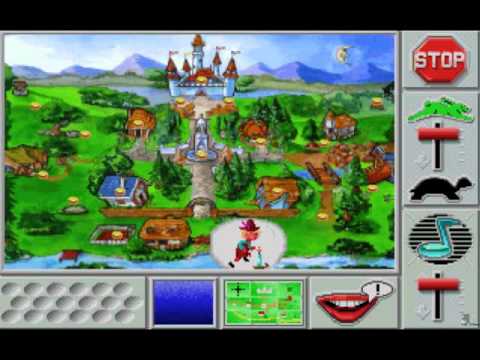 “I am most thankful for Elizabeth, the Bioshock Infinite character. Despite BioShock Infinite

not passing the Bechdel test, I believe Elizabeth is a complex, strong woman. She can take care of herself, aids you in your missions, takes part in intricate key plot points, and has dialog about something other than love interests. I am also thankful for the new Star Trek video game. While it has poor gameplay, good but not great graphics, and irritating controls, it hearkens back to the campy, sci-fi feel of the original series. It entertains me. I am also thankful for the strong, proudly nerdy ladies of Nerdy but Flirty and their love of geekery!” – Emily

“This year, I’m most thankful for the way Naughty Dog stood up for Ellie from The Last of Us

. There was a lot of pressure for them to market the game’s main character as Joel, but to them, Ellie was the heart of the game and deserved to have her face on the cover. And guess what? Sales didn’t suffer from it. I’m also thankful for these awesome girls at Nerdy But Flirty. ❤ ❤ <3″ – SarahTheRebel

“The game I’m most thankful for is Tomb Raider. It was the first game I ever played, and it ignited my love and passion for gaming. Lara Croft was also an excellent role model for me. She taught me that women could be just as badass as men, and that we ladies are very powerful.” – Alyssa

“The game I am thankful for is Brothers: A Tale of Two Sons because it proved that a game neither has to be long or a AAA blockbuster to be a unique and resonating experience.” – PamdemoniumXOXO

“The Legend of Zelda: Ocarina of Time. My grandma had bought if for my mom as something of a joke one Christmas. She knew Mom had played the original Zelda games and thought maybe she would enjoy OoT, but Mom hates all of the “new” controllers, so she never took it out of the box. Then one summer day, nearly ten years later, my sister and I were bored out of our minds. None of our favorite games looked all that appealing, and we were on the hunt for something new to do. I dug out that old golden box, read the back cover, then asked Mom if we could play (I mean, c’mon, she’d had eight years to give it a go…)

We pushed our Playstation 2 aside, drug out the old Nintendo 64, and popped the cartridge in. From the moment the title theme began and Link galloped across the screen on Epona, we were hooked. I am thankful for this game because, despite having played games all of my life, this was the one that really got me. Back then, I thought it was one of the most beautiful, compelling games I had ever seen.

Ocarina of Time is why I love RPGs; it’s why I love riding a horse through an open field for hours on end; it’s why I obsessively search every nook and cranny in a world, and talk to every NPC, regardless of their importance to the main story.The Legend of Zelda: Ocarina of Time made me the gamer I am today. And I love it for that.” – Raeyn