tells the story of El Cakr and his present day descendant, Jonathan Hawk, an assassin. 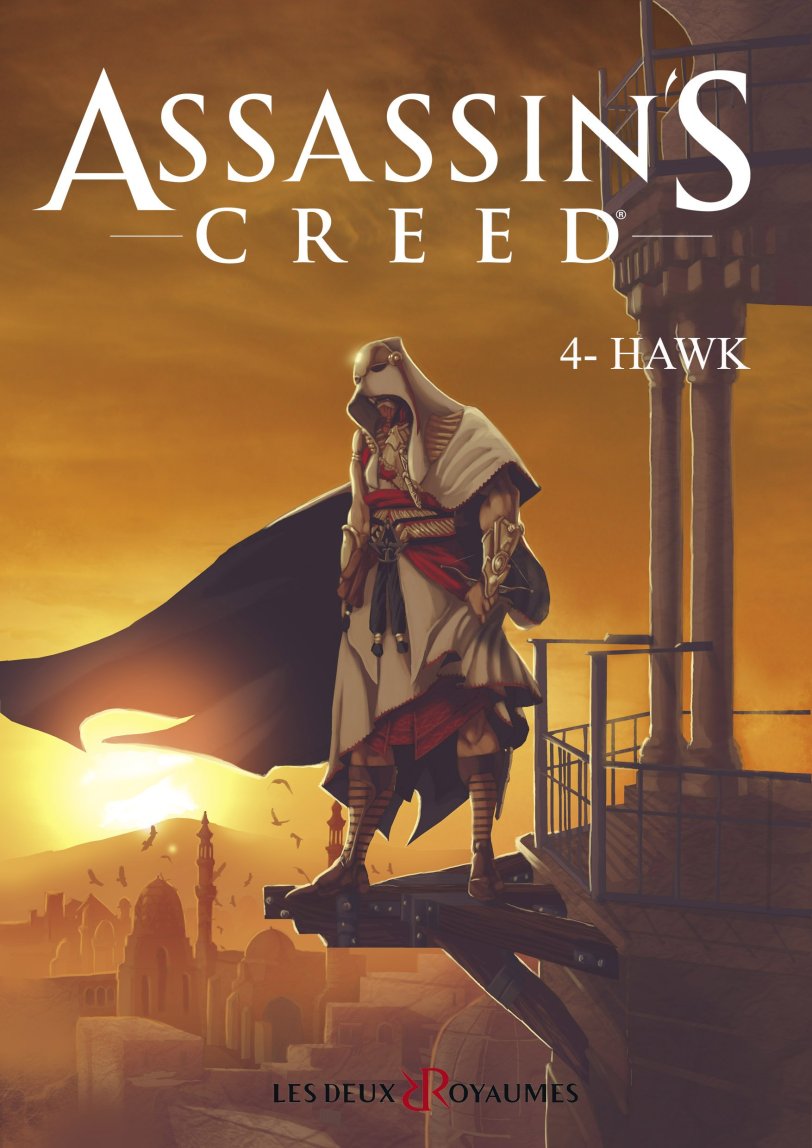 To be honest, the story jumps around so much that the timeline of events is very confusing. Although a lot happened in this book, it felt like nothing at all happened, because it was filled with multiple storylines. It was also hard to care about Hawk or El Cakr because so little of them is shown.

On the other hand, I enjoyed the plot twist and cliffhanger ending, very much in the spirit of an Assassin’s Creed game, with missions filling in puzzle pieces one by one.

The art is full of rich colors and beautiful outfits. The faces are still a weak point, but the silhouettes and buildings are lovely.

With a price-point of $5.99 for 48 pages, this is a must-have for Assassin’s Creed lovers, but may not have enough substance to entice casual fans.

“When Desmond Miles is called away on an urgent mission, he entrusts fellow Assassin Jonathan Hawk with File 24. Hawk sets out to search for the Scepter of Isis – a powerful ancient artifact, lost in time. Through his Assassin ancestor, El Cakr, Hawk travels to Egypt in 1257, where the Scepter lies in the hands of the new Sultan. Pursued in the present by the formidable Templar agent Vernon Hest, Hawk finds himself in a race against time…throughout time.”