The Amazing Beatbuddy: PAX Hands On

The indie action game Beatbuddy: Tale of the Guardians from THREAKS was on my radar before PAX, and I was overjoyed to get a chance to chat with the developers and to play the demo. You play as the protagonist, Beatbuddy, an adorable blue little guy who literally moves to the rhythm of his world. With composers like Austin Wintory (of Journey

fame) working on the game, I had high expectations, and I wasn’t let down.

“Awakened from his slumber, Beatbuddy journeys through lush hand-painted environments on a quest to save his companions and his own immortality. Beatbuddy interacts with the living breathing environment that pulses to the beat of an original soundtrack, aiding him as he unlocks new paths and solves puzzles.”

From the moment the game music started throbbing against my headphones, I knew I was in love. The environment actively creates the music, as jellies pulse and hermit crabs shimmy, forming a sound that you actively participate in and move with. 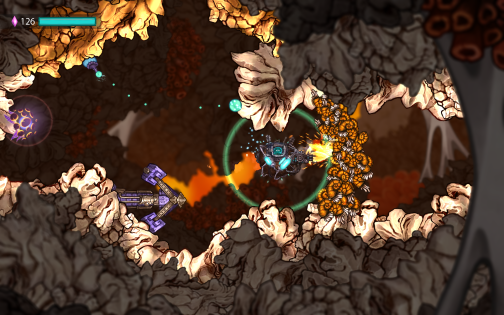 For the demo, it played like a Donkey Kong Country

under water level, except the traps and doors involved responded to the beat instead of smashing things. None of the puzzles were particularly hard, but I assume they picked a more accessible stage for new players.

I physically could not stop myself from moving to the infectious…well…beat. Beatbuddy fills your ears with the kind of music that hits the back of your throat like ice cream on a summer day. If you’re a music lover, you will love every second of it.

Speaking of love, let’s talk about the color scheme and the hand-painted 2D visuals. Talk about eye candy. Beat is an electric blue, and the environment is a highly-stylized and whimsical view of the ocean. 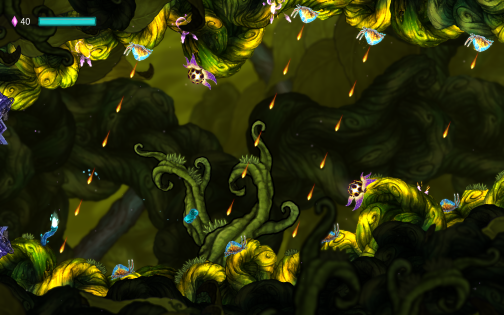 If you’re the person taking over the music at the house party, if you appreciate lovely things, if you close your eyes when your favorite song comes on, you’ll appreciate the beauty of this game. I’ll let you know in my full review (coming soon) how the gameplay feels as the levels progress. 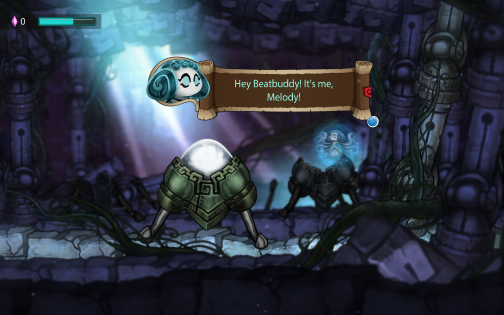