Back in 2009, I attended my first San Diego Comic Con. While there, I came across a booth for The Looking Glass Wars. Having worked at a book store, I had seen the book there, and a friend also recommended it to me. Well, it was a good thing I waited until SDCC 2009, because I got to meet the author, Frank Beddor, who happily signed both the first novel and the first graphic novel in the accompanying Hatter M series. Both series have become two of the best to have entered my collection. Also, when I told him I wanted to be a writer, too he gave me his business card and told me I could contact him if I wanted any help or advice. That was an amazing gesture I will never forget.

Now, it’s my chance to give back to a great author. This year at SDCC, I was happy to run into Frank again, and let him know what a great impression he has made on my life. He graciously gave me a copy of Hatter M: Zen of Wonder to review, and I am more than happy to do so.

Hatter M: Zen of Wonder is the fourth volume in the graphic novel series written by Frank Beddor and Liz Cavalier. Royal Bodyguard Hatter Madington’s search for the lost Princess Alyss takes him to San Francisco in 1871. Here he meets a 12 year old girl named Nekko, who literally appears out of nowhere. After chasing her across the rooftops of San Francisco to retrieve the hat she stole from him, he realizes there’s more to the girl than he first thought. Nekko, loyal to Hatter’s quest, then becomes his teacher, and they embark on quite an amazing (and enlightening) quest together.

There are a million things I could say about Zen of Wonder. The story reminded me of the endless imagination of childhood. Zen of Wonder is filled with wisdom and wonderful life lessons. One of my favorite quotes and lessons was “Man suffers because of his craving to possess and keep forever things which are essentially impermanent.” How true is that? And how true it is that we should break ourselves away from that! There’s a lot more where that came from, as I pulled many new favorite quotes from Zen. Zen of Wonder is an amazing new addition to the series, and my favorite thus far. It is truly a gem! 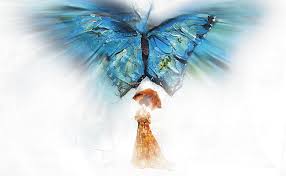 I also have to compliment the amazing artist, Sami Makkonen. His art style for this series is beautiful, gritty, and flows with the darkness and light of the story. His art is truly a gift.

I loved Zen of Wonder. It is nothing short of brilliant, and I hope everyone will give it, and the whole series, a shot. You won’t regret letting this beautiful piece of work into your life. You will be in awe of the wonder! Hatter M: Zen of Wonder is out now! You can buy it at your local bookstore or on Amazon. They also have a hardcover edition, for you hardcover collectors out there.