Where to even begin? It’s pretty amazing to say that there will be a Mass Effect line coming to Black Milk Clothing. First spotted thanks to Holly Conrad and Jessica Merizan of Crabcat Industries posting a photo of themselves wearing prototypes during SDCC this year (and anyone who is a fan of cosplay and Mass Effect will know that Holly has done an amazing FemShep cosplay and Jessica is the Community Manager over at BioWare Edmonton – and it’s worth noting that both of them will be on the newest SyFy show Heroes of Cosplay, which premieres August 13th). 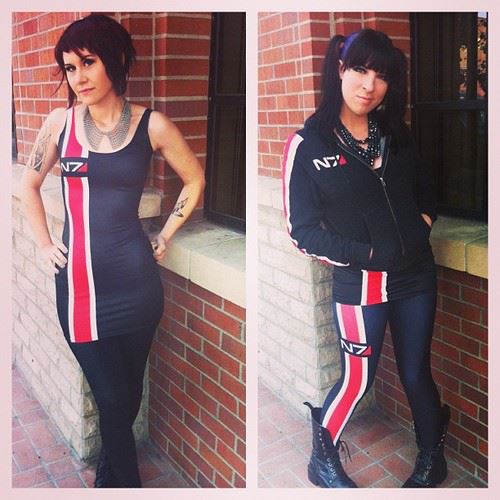 Since then, we have found out that there will be many pieces offered in the line:

Then Black Milk started releasing photos of the pieces over the past few days:

The line will officially release on August 15th at 9am AEST (that’s Australian Eastern Standard Time). 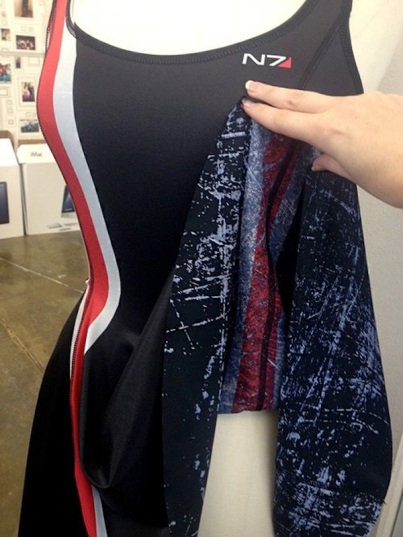 So, does anyone else think they’re going to be pretty broke after August 15th? 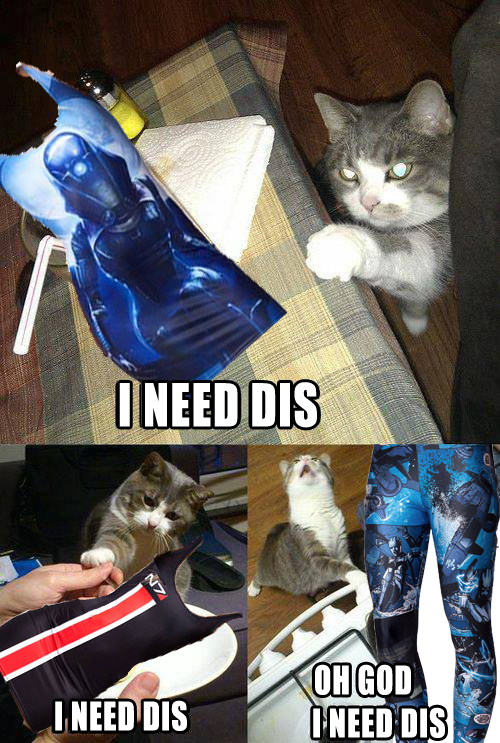