May the fourth be with you! Star Wars news roundup.

May the fourth be with you! I hope you’re rocking some Star Wars gear like I am. There’s been a lot of Star Wars news coming out lately, and I’m a combination of excited, nervous, and hopeful for everything Disney and Lucasfilm have in store.

Kathleen Kennedy, president of Lucasfilm, previously announced that the first new Star Wars movie, Episode VII, would be released in 2015. At CinemaCon in mid-April, Disney revealed that the plan going forward is to release one Star Wars film per summer. They want to alternate future episodes with the planned spin-offs (as announced by Disney CEO Bob Iger at the annual shareholders meeting). While the episodes will center around the Skywalker family, the focus of the spin-offs has not been officially announced yet. The rumors so far have been Yoda, young Han Solo, and Boba Fett, but Disney quickly debunked those rumors, and the spin-offs are still solidly in the planning stages. 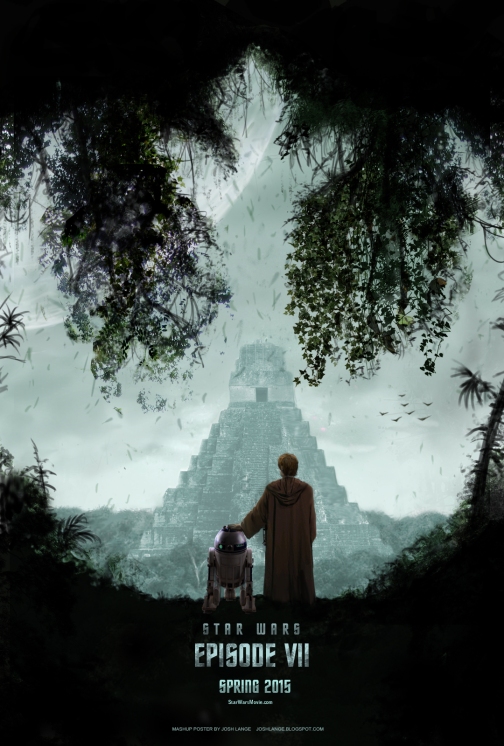 As we all know by now, J.J. Abrams (Star Trek, Lost, etc.) is the director of Episode VII and Michael Arndt (who also wrote Toy Story 3, Little Miss Sunshine, Oblivion, co-writer of Catching Fire) is the screenwriter. Arndt has a forty-page treatment that outlines the next three episodes. Additionally, Lawrence Kasdan (co-writer of Empire Strikes Back, Return of the Jedi, and Raiders of the Lost Ark, among others) and Simon Kinberg (writer of Mr. & Mrs. Smith, X-Men: The Last Stand, Jumper, and Sherlock Holmes) have both been hired to write scripts for future movies. It is unknown whether or not they will be working on the spin-offs or future episodes. They will also be credited as producers on whichever films they end up attached to. Mark Hamill, Carrie Fisher, and Harrison Ford have all expressed interest in being involved with the new films.

Now how important is secrecy for the company [while making Star Wars VII], and how do you try and keep secrets considering how fast things are traveling?

We talk about that all the time. I think the whole issue of confidentiality is gonna be fascinating as we move into making the movie. If we’re shooting anything outside, it’s almost impossible to not have things end up on the Internet. So my feeling is, you need to embrace that, especially with the fans around something like Star Wars. You need to recognize they’re important to the process and acknowledge there are things you’re gonna want to make sure they get to know. So I think that’s something we’re going to monitor, pay attention to, and think differently about.

I remember being a kid with a subscription to Star Wars Insider in the years leading up to the release of The Phantom Menace. The magazine did a great job of revealing just enough to get us interested, but not enough so that the movie was completely spoiled and ruined for me. I know that I’m going to be pretty diligent about avoiding spoilers for the new movies, but its nice to see the issue addressed (especially due to all the annoyance surrounding whoever Benedict Cumberbatch is playing in Star Trek: Into Darkness…come on, J.J., we have all pretty much guessed it!).

A last recent announcement is that Episode VII will absolutely be scored by John Williams, which is a huge deal to Star Wars fans. J.J. Abrams told fans this at a Berlin press stop for Into Darkness.

Guys, summer of 2015 is going to be HUGE for Disney: The Avengers 2, a new Pixar movie called Inside Out, and Pirates of the Caribbean 5 are also slated for that summer. I might not even leave the movie theater.