Here we are at the end of another day at CES. So I’ll jump right into the highlights!

Sony talked today about its music streaming program called Music Unlimited. This will allow users to stream music without any commercials! In addition to that, they are also making it possible to browse and purchase from the PlayStation store on your web browser. 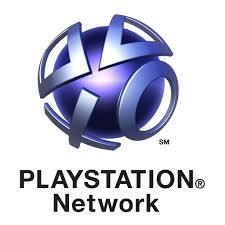 Mad Catz also made an appearance at CES with some interesting new PC accessories, the first one being the R.A.T.M. Wireless Mobile Gaming Mouse. This tiny mouse packs a punch with ten programmable buttons, an adjustable palm rest, and boasts a battery life of almost one year on the same batteries.

If you want to go a little larger, Mad Catz is also releasing a larger mouse called the M.O.U.S.E. 9 with all of the same features as well as a laser tracker.

Photo by Sarah the Rebel

They have also announced the S.T.R.I.K.E. 7 keyboard. This keyboard won the Best of Innovations 2013 Design and Engineering Award in Gaming Hardware & Accessories at this year’s CEAs. This is a modular keyboard; it’s meant to be taken apart as needed and connected with micro-USB cables. There is also a small touch screen up top.

And, last but not least, we have the F.R.E.Q.M Mobile Stereo Headphones! The headphones are the first mobile headset produced in the F.R.E.Q. lineup. According to the Mad Catz website, the F.R.E.Q.M. “is the ultimate rich-stereo headset sporting a lightweight, foldable aluminum chassis for easy transport. With two unique in-line cables, this all-in-one headset can be used with a PC, Mac, or smart devices.”

Now, I would like to show you something beautiful! The Luminae glass keyboard from TransluSense. This product started as an idea on Kickstarter, and is now a lovely reality. Here’s a quote from CES.CNET.com describing how this works: “A light pipe, infrared LEDs, and visible LEDs feed signals into the artfully curved glass. Three cameras look upward from below and see when your fingers break the light pattern. That’s how it recognizes what you’re doing on the glass.” Let’s be honest, this is just plain AWESOME!

Extreme Reality brings out a new use for our existing technology. With only a quick full-body calibration, Extreme Reality turns your 2D camera into a fully-functional motion controller for gaming! Watch the promo video below:

Here are a few other cool things that showed their pretty faces today:

Well, that wraps up the highlights from today! There were so many things announced, it’s hard to narrow it down. Keep your eyes out for more news from Nerdy but Flirty at CES!