Dos and Don’ts of Interviewing a Cosplayer

By Sarah The Rebel October 26, 2012 Black Cat chocolate covered cosplay Cosplay ginger burton harassment how to Interview NYCC rules sexual
Reading about what happened to Mandy at NYCC had me thinking of the interviews I’ve seen of cosplayers in the past, and I came to realize that there is a serious tone of disrespect in plenty of them. This one by KassemG is actually very mild, but someone unfamiliar with what many cosplayers face, particularly female cosplayers, might find it shocking how “familiar” he is with them.
I spoke with Ginger Burton of Chocolate Covered Cosplay and asked her if there were any guidelines she could share for those who interview cosplayers.

The ladies of C3.

Below are her Dos and Don’ts of Interviewing a Cosplayer:

Here are some questions that are safe and respectful:

1.) Ask the cosplayer how she or he put her or his costume and props together.

Why: Because it provides insight into the cosplayer’s creativity for others to learn from.

2.) Ask what character the cosplayer is dressed as and what made her or him choose that character.

Why: Not as an insult, but to help them promote their favorite character to those who genuinely do not know.

3.) How many conventions do they go to in a year or how many times they have been to [X]-con?

Why: This can open the interview to more questions, depending on the cosplayer’s answer.

4.) Do their friends and family know they cosplay?

Why: Many cosplayers face a social stigma. Other cosplayers can take heart in stories of accepting families or feel camaraderie in sharing a secret passion for cosplay.

5.) Can they share a line from the game/anime/show/song/etc. that they are cosplaying from?

Why: Some viewers may not have heard of the anime/game/etc. that they are cosplaying. This is a great way to attract more interest or attention to that show.

6.) Outside of this geeky/nerdy world, what do they do?

Why: This lets others gain an insight into the average life of a cosplayer and also allows the cosplayer to promote themselves.

Here are some questions that are pretty disrespectful to ask:

1.) “This character is smoking hot, but it doesn’t seem to fit you.”

What’s Wrong With It: I mean, this isn’t even a question! It’s a rude statement that is unwelcome.

What’s Wrong With It: Unless you’re with Playboy mag or some similar publication where those sorts of questions are expected, or are at least appropriate within context, it’s just not right. Dressing up does not open you to sexual harassment or force you to have to share personal information.

3.) “If I say (line from the game/anime etc) would it seduce you or (enter sexual innuendo here)?”

What’s Wrong With It: This actually happened to me once, some guy who was interviewing me on camera said, “If I said my name is Link, would you ride me and make weird noises…” I was cosplaying as Midna…from LoZ: Twilight Princess…I found the video on Youtube at some point, but they didn’t use the clip of him saying that. Cosplayers are PEOPLE, not sex toys.

4.) “Are you stripper when you aren’t wearing this (enter scantily-clad female character’s name here)?”
What’s Wrong With It: Do I really have to say what’s wrong here? That is totally disrespectful.
5.) “Can I touch your costume or boobs/butt/hair/etc. to make sure those aren’t fake?”
What’s Wrong With It: People have personal space. What they wear does not affect that, and to say otherwise is a clear case of victim blaming.Also, as a golden rule, DO NOT touch a cosplayer, their costume, prop, or wig, unless they say it’s okay. You don’t know if the costume/prop is sturdy or not. And if it breaks/tears/comes loose or if you make them feel uncomfortable, you’ve pretty much ruined most of their day! 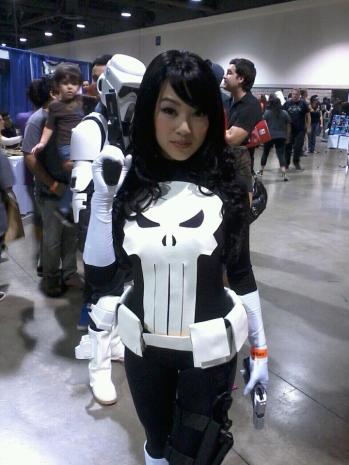 And you don’t want to ruin her day. Believe me.

About Ginger and C3

Ginger is the head costume designer of GNB Cosplay, a small commission-based costume company operating in Southern California. She has been a part of the sub-culture of cosplay since the summer of 2007. Ginger has created 60+ costumes and wigs for women, men, and children all over the U.S. Her costumes have been featured in the Japanese magazine Cosmode, LA Weekly, the Cosplay In America photo-book, The LA Daily Newspaper, and the Sundial Newspaper, just to name a few. 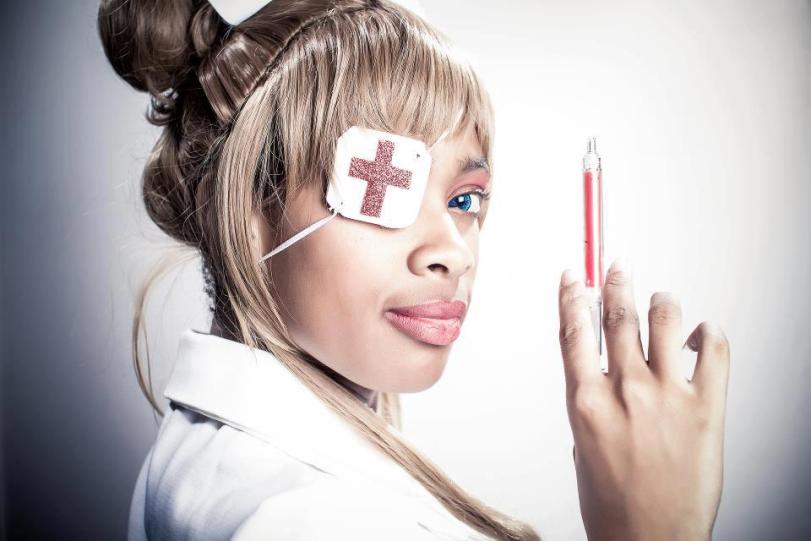 Chocolate Covered Cosplay is a cosplay group seeking to promote the freedom of cosplay, no matter one’s race, size, color, shape, or gender. They spread diversity awareness through life stories and open dialogue, to encourage empowerment and self-validation within the geek community. Find them on Facebook and conventions everywhere!

10 thoughts on “Dos and Don’ts of Interviewing a Cosplayer”