In the long-awaited official trailer for Iron Man 3, we’re seeing a more serious side of Tony Stark: a beaten, scared Stark. Trailer after the jump.

In a lot of ways, this kind of reminds me of the depression I felt watching the Dark Knight Rises trailers. Everything is all hopeless and whatnot. It was really powerful to see his lady-love go flying through the air, because it highlighted, in a way, his inability to protect her from harm.

Also, I know The Mandarin isn’t supposed to be full-Chinese, but I would have liked the actor chosen to look at least an iota Asian, because seeing his face really threw me off. But then again, that would be yet another Asian bad guy, so maybe it’s better this way. 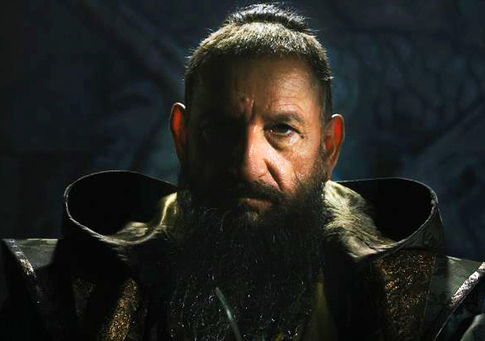 Full plot below. Are you excited about the new Iron Man, or worried that it will make the same mistakes as Iron Man 2?

In Marvel’s Iron Man 3, brash-but-brilliant industrialist Tony Stark/Iron Man, played by Robert Downey Jr., is pitted against an enemy whose reach knows no bounds. When Stark finds his personal world destroyed at his enemy’s hands, he embarks on a harrowing quest to find those responsible. This journey, at every turn, will test his mettle. With his back against the wall, Stark is left to survive by his own devices, relying on his ingenuity and instincts to protect those closest to him. As he fights his way back, Stark discovers the answer to the question that has secretly haunted him: does the man make the suit or does the suit make the man?

Iron Man 3 continues the epic adventures of Iron Man and Iron Man 2, starring Robert Downey Jr., Gwyneth Paltrow, Don Cheadle, Guy Pearce, Rebecca Hall, Stephanie Szostak, and James Badge Dale, with Jon Favreau and Ben Kingsley, Iron Man 3 is directed by Shane Black from a screenplay by Drew Pearce and Shane Black and is based on Marvel’s iconic superhero Iron Man, who first appeared on the pages of “Tales of Suspense” (#39) in 1963 and had his solo comic book debut with “The Invincible Iron Man” (#1) in May of 1968.

Iron Man 3 is set to come out in April of next year.