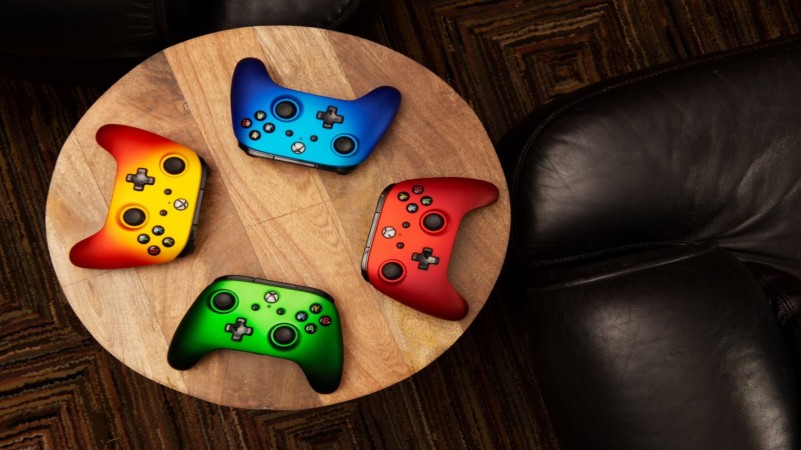 PowerA is a company I didn’t really know anything about until the last year or so when I started noticing their products in stores. More specifically, when shopping for some Nintendo Switch accessories, I came across their different Joy-Con grips as well as their inexpensive wired Pro Controllers. I liked their bold takes on some of these types of devices but, even though I really liked the design of a couple of their Pro Controllers for the Switch, I ultimately never picked one up. Part of it was likely due to the fact that I’d been spoiled with the official controller being wireless, so a Switch controller that was wired was a deal breaker for me.

However, at E3 this year the company announced a new line of “Enhanced Wired Controllers” for the Xbox One and Windows 10 and these, to me, were fairly tempting. While I don’t have an Xbox One console, the fact that these controllers feature USB connectivity opens up a whole new arena. When gaming on a PC, I tend to be sitting quite close, so the controller being wired isn’t really a concern at all. Also, given the flexibility of most Chrome OS devices, I figured one of these would also work well when playing some games on my Chromebook.

I happened to get a review sample of one of these (mine was the Emerald Fade, which is $34.99 at GameStop) and I have to say that I’m pretty impressed with it!

For starters, as expected, when you’re going to be sitting very close to the device you plan to game on, the fact that the controller is wired doesn’t really matter. The three meter cable is plenty long enough to be able to sit back at a comfortable viewing distance from a TV or monitor without feeling limited by its range. While this could be a deal breaker to people who plan to play their Xbox One on a living room TV from the couch on the other side of the room, if you have a set up where you’ll be much closer to the TV, or you’re getting into some PC gaming, you should be just fine.

Also, by removing wireless connectivity from the controller, PowerA is able to get the price down pretty significantly in the process, while still offering a quality device. 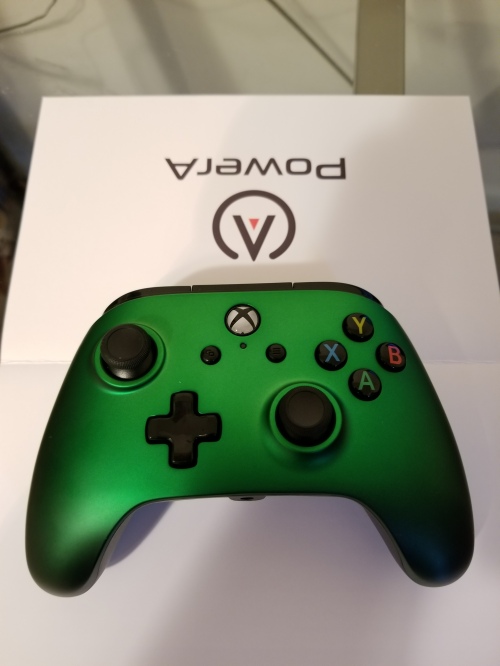 One of the most important things to me about a controller is its “hand feel.” Well, I’m pleased to say that this controller actually feels quite nice to hold, has very responsive buttons, and overall has a very nice build quality to it. It’s lightweight yet feels fairly durable too. I also like the shiny, reflective finish on the controller I was sent a sample of. It also has a pair of programmable “advanced gaming buttons” on the back, which are very easy to access.

Of course, PowerA is promoting the fact that these controllers come in a fairly large range of colors, with some options still yet to be announced. The “Emerald Fade” color I was sent is quite nice, but most of the others look rather appealing too.

At a range of $29.99 to $34.99, these new controllers have a good bit to offer. You can find them at GameStop, Amazon, Best Buy, and more, and you can see the full line-up of these controllers on PowerA’s website.

Here are a few additional images for you to enjoy! 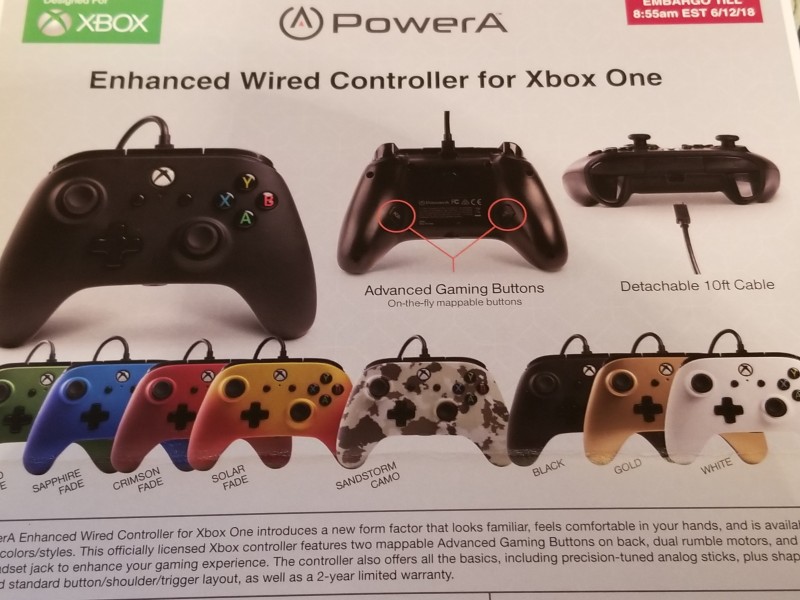 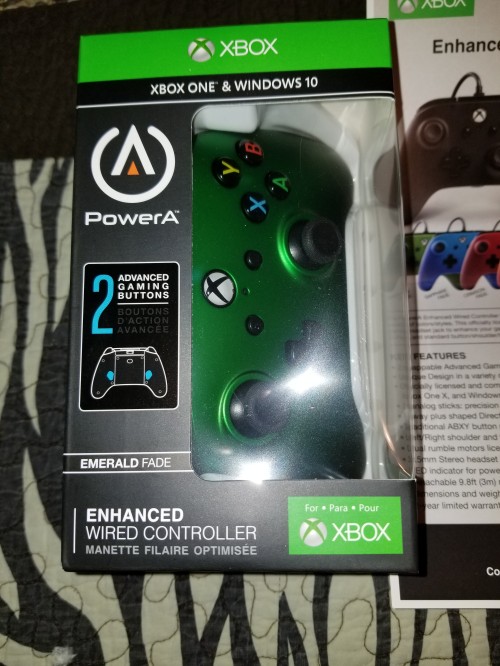 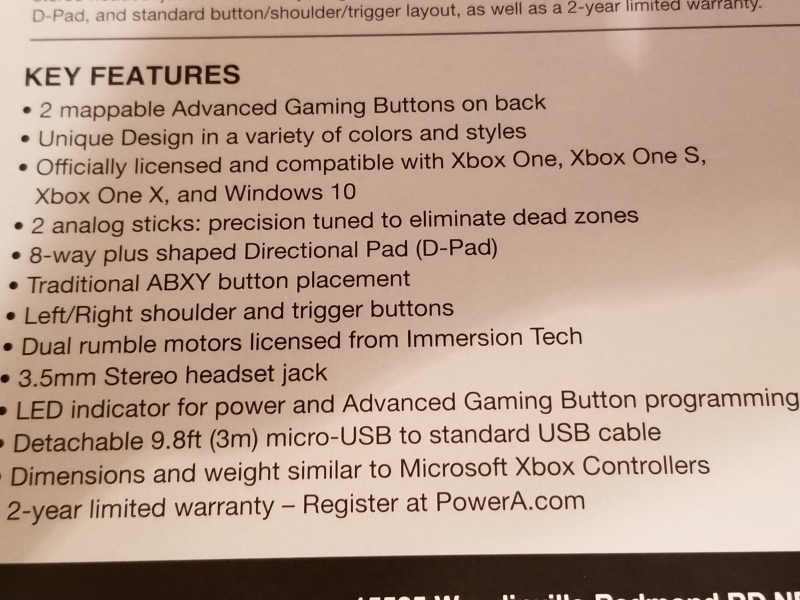 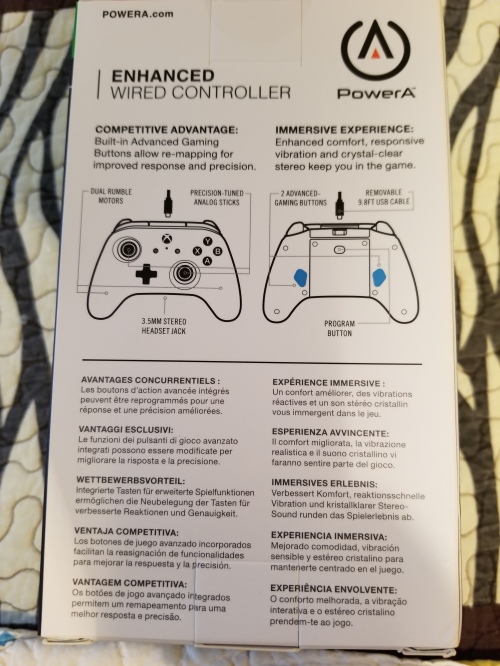 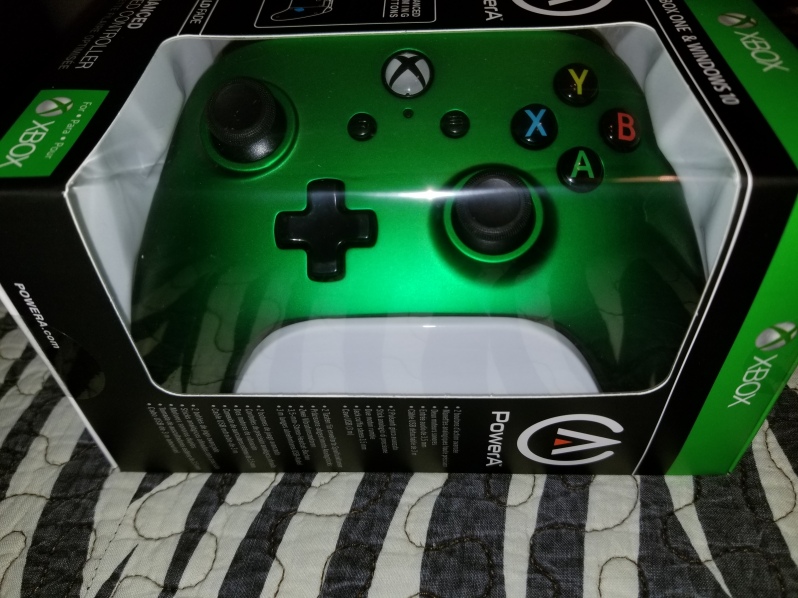