Philips is a fairly well-known electronics company, but for the longest time, I never paid attention to their presence in the retail TV and monitor space (though yes, I am aware that they have put out some fantastic PC monitors in recent years). Philips does make some really great products, so after having enjoyed the Vizio M50-C1 but having to return it due to a damaged panel, and not being satisfied with the 50″ 4K Hisense TV, I came across a great deal on the Philips 49PFL7900 Smart Slim TV.

Philips has set an MSRP of $1,199 for this higher-end display, but several merchandisers are selling it for between $458 and $600 USD.

As before, the thoughts shared in this review are with the Philips 4K TV being used as a large-format PC monitor rather than a standard TV, so your mileage may vary.

The official specs for the TV, according to Philips, list that this panel has a native refresh rate of 60 Hz. When plugged into my desktop, I verified that the TV supports the following refresh rates at these resolutions:

I also verified that this was not due to frame interpolation or some other motion estimate, because running Bandicam with a frame-counter and Vsync enabled in several games showed that the display framerate topped out at 120 FPS.

All of the HDMI ports on the TV are HDMI 2.0 compliant, supporting up to 60 Hz at 4K. However, by default, these ports are set to “Legacy (Compatibility)” mode within the TV’s software, limiting it to 1.4a speeds (topping out at 30 Hz at 4K). This can be changed to “Normal” to enable HDMI 2.0 speeds. It took me a while to figure this out; when I first set the TV up, it was capping my refresh rate at 30 Hz and I couldn’t figure out why. I only solved it by accidentally finding this option within the TV menu. 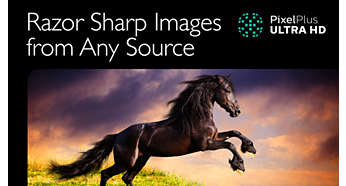 The official spec sheet doesn’t list anything about color depth or HDR support, so I checked it out in the Radeon Crimson suite for my graphics card. Whether set at 4K @ 60 Hz, 4K @ 30 Hz, or 1080p at any refresh, the color depth would not let me choose anything beyond 8-bit color (pretty much the standard for a normal display these days, with 16.77 million colors). I never could find a way to get it to display 10-bit color.

However, the TV does have some built in optionsm such as “Black Stretch” and “Enhance Color.” The Black Stretch seems to do some tricks with dynamic contrast to make dark colors appear richer and more dark (with fewer banding or artifacts) while the color enhancement makes things look more vivid. With the Enhance Color option, it’s kind of a case-by-case setting: some things look better with it, while other things appear to lose a bit of fine detail, so you’ll just want to play around with it.

This Philips TV has a pretty respectable response time at 8ms as reported by the manufacturer. Input lag, on the other hand, appears to be between 50 and 100 ms, depending on the post-processing settings being used. In “Game Mode,” it appears slightly lower than in any other preset, but still doesn’t seem to go much below 50 ms. If the Perfect Motion Rate is enabled, the response time is closer to 150 ms.

So, as far as gaming (console or PC) and computer use is concerned, the input lag levels are acceptable, though not great. For the lowest input lag possible, you may need to disable Perfect Motion Rate and turn on Game Mode, but even then, it won’t win any awards. However, given the otherwise great picture quality, this is certainly workable and will be more than sufficient for most people.

As a traditional TV for film and shows, though, it’s great.

The 49PFL7900 supports the following PC resolutions without going “out of range:”

It also supports resolution below 1080p. Furthermore, the Pixel Perfect scaling option performs on-demand image scaling to make non-4K sources look as close to 4K as possible. This is great for watching non-4K movies and TV programs (a vast majority of content!), and for gaming it works really great. If your PC struggles to play at game at 4K with a decent framerate, you could drop it down to 1080p and use the scaler to make it look considerably better and closer to a native 4K source, which is great.

Also, in terms of just standard PC use, with Windows 10 I could keep the Philips TV at 100% scaling and everything looked fine, even the tiny text and icons. It looked great and didn’t need any larger scaling to make things legible, which is a measure of a higher quality panel. 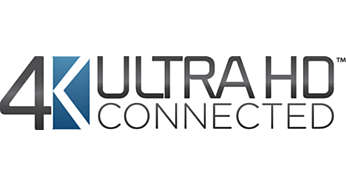 In terms of smart connectivity, the TV performs well. There are a lot of applications available to you, some of which (like Netflix) can be used as a way to get some good 4K content to try out on your display. The menus are fast and responsive, and my only complaint about them is that a few settings (like controlling the HDMI port speed) are a bit more hidden than I would like.

The sound quality here is actually very nice for a flatscreen TV, because many panels have rather pitiful sound. Thankfully, Philips didn’t cheap out in this department.

Overall, I was very impressed with this TV. For someone wanting a new display that meets the expectations of 4K resolutions with good picture quality at a nice price, this should more than exceed your expectations. Yes, the input lag is a little higher than I’d like, but certainly within acceptable ranges to make gaming not really problematic, and for the price of the TV, I don’t think you can ask much more of it.