By Candice Huber May 18, 2016 amber smith an open book Interview the way i used to be 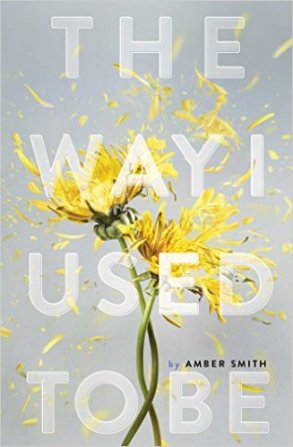 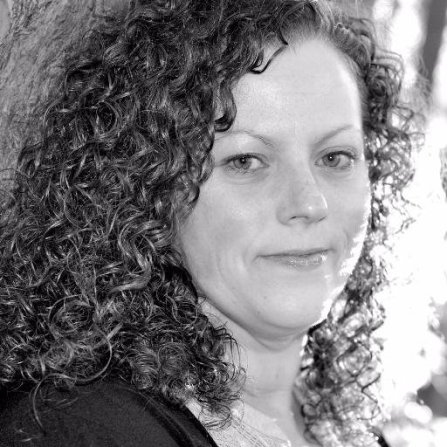 [Content warning: The Way I Used to Be discusses rape.]

In this first edition of “An Open Book,” Amber Smith, author of The Way I Used to Be (released in March 2016), admits that her muse probably looks like Falkor from The Neverending Story, she doesn’t like Shakespeare (*gasp*), her ideal table at a literary dinner would be full of amazing women, and she’d love for David Sedaris to write her life story.

You’ve said before that The Way I Used to Be is fictional, but the emotions behind it are very real. Emotional writing is difficult, but we feel it’s what makes books so relatable. Can you give us some insight as to how you’re able to wrangle the emotions and so eloquently express them in your writing?

I’m not sure…the best way I can think of to describe my approach to writing is probably something akin to method acting. I draw on a lot of my own experiences, thoughts, emotions, and senses when I’m writing, so in that regard the emotional content feels very personal – though I write fiction, my stories always begin from a place of emotional truth.

Anyone who knows me personally knows what a huge animal lover I am – I spend far more time in the company of my dogs than other humans, so my muse would likely not be a person at all, but rather something with four legs, fur, and a tail. I’m imagining something like Falkor from The Neverending Story!

Although you write YA, what is one thing that teenagers do that irks you? What’s one thing about them that you love?

Great question…and I feel my answer for each has to do with the same idea: compassion. One of the absolute greatest things about teenagers (and in turn, one of the greatest things about writing for teenagers) is how open and empathetic they can be, how accepting of new people and new ideas. Yet, by the same token, they also have the capacity for such apathy, even cruelty – for example, in the ruthless bullying we still see happening every day. That being said, I’m a firm believer in the notion that love and compassion will always triumph over hate.

What was the first book you remember reading and really loving, and why?

The book that immediately comes to mind is A Wrinkle in Time by Madeleine L’Engle, which I first read sometime around fourth grade (when I truly began to fall in love with reading). I remember feeling an immediate connection with the main character Meg, her flaws and insecurities, many of which I also saw in myself. I was captivated by the idea of time travel and loved that the kids (Meg, in particular) got to be the hero, traveling across time and space to save her family. This was the first time I’d read a story with this kind of science and magic and adventure – it took hold of my imagination, making me feel transported from my ordinary life in a brand new way.

What are some of the best books written by women or about women? Do you have a personal favorite?

My reading habits have always leaned on the side of books written by women, so I have tons of favorites! Bad Feminist by Roxanne Gay is at the top, also The Body Project by Joan Jacobs Brumberg, anything Toni Morrison or Joyce Carol Oates, Girl, Interrupted by Susanna Kaysen, and one of my favorites from high school, The Bell Jar by Sylvia Plath.

Yes, I do read other books while I’m writing. I don’t consciously choose any one particular type of book to read while I’m writing; it tends to be more of a mixed bag. I find it really helps me to fill the well, so to speak, and to also separate from what I’m doing, which is sometimes essential to gaining perspective. Reading keeps me inspired and motivated, especially when I’ve hit a rough writing patch. During those times when it feels impossible to place one word after another in a way that makes the slightest bit of sense, there’s nothing better than reading a book and stumbling across a beautiful, perfect sentence to restore my faith in the written word!

What book/author do you feel you were supposed to like, but didn’t? What was the last book you put down without finishing and why?

Well, I’ll start by saying I’m shockingly non-well-read in the classics (though my minor as an undergrad in college was Comparative Literature, so I’m decently-read in non-Western classics). I don’t think I’ve ever been able to finish anything by Shakespeare (sorry, Shakespeare lovers – though I have a healthy respect for the Bard, he just doesn’t do it for me literarily).

If you could host a literary dinner party with any authors, dead or alive, who would be invited?

Such a tough question – I don’t know how I’d ever narrow down this list! But here goes…Louisa May Alcott, Maya Angelou, Judy Blume, Emily Dickinson, Anne Frank, Toni Morrison, Anne Sexton, and Virginia Woolf, for starters.

Whom would you want to write your life story?

David Sedaris was literally the first person to come to mind – I think because I would trust him to find the humor in it all (and probably make my life sound a lot more interesting)!

What books are you currently reading?

I just finished Salt to the Sea by Ruta Sepetys – I literally could not put this one down! I’ve just started Hold Still by Sally Mann and am totally obsessed already.

What are the best YA books? Do you have a personal favorite?

There are so many fantastic YA books, but the YA books that come to mind as some of my all-time favorites are Speak by Laurie Halse Anderson and The Perks of Being a Wallflower by Stephen Chbosky, both of which I read in high school at a time when I really needed them.

What are you working on now? What can we look forward to seeing from you in the future?

I’m finishing up another contemporary YA novel right now; a stand-alone, separate from The Way I Used to Be, but a similar tone. This one deals with domestic violence, telling the story of three teenage siblings as they cope with their dysfunctional family, namely, the death of their abusive father at the hands of their mother. It’s slated for publication in the summer of 2017.

The Way I Used to Be was released in hardcover by Simon & Schuster Children’s Publishing in March 2016 for $17.99. It is available everywhere books are sold (but I always recommend finding your local indie bookstore!). You can see my full review of The Way I Used Be here. Follow Amber Smith on her website, Facebook, and Twitter.

And if you’ve been the victim of abuse, there are always people who are willing to listen. For free, confidential, and secure support, call the Rape, Abuse, & Incest National Network (RAINN) hotline at 1-800-656-HOPE or visit RAINN online at rainn.org.