School is the Worst, but Not for the Reasons you Remember 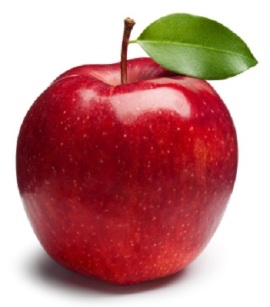 [Content warning: this article contains a mention of self-harm.]

I’m a starving writer who lives at home, but there isn’t anyone who can say I’m some sort of bum. I chose a job that pays slightly above minimum wage and is flexible enough that I can write almost every day. I’m a substitute teacher. It’s not glamorous, but if a school or students are too annoying, I never have to go back—unless I take on permanent position.

You may be wondering, “Why the hell would you go full time? When will you write?”

I desperately need to move away from my family, and I can’t do that on a part-time wage. I write on my rare days off in between fits of violent sobbing caused by the stress of teaching, my lack of time to sit down and write, and the fact that I’m still not done with my awesome T-shirt article that I was so excited to work on.

My disappointment started early in the school year when I took on a three day high school English assignment. I was excited. I actually don’t get many English classes even though it’s my passion. I ended up watching the same forty minutes of Edward Scissorhands six times in a row for three days. On the first day I got bored, so I asked the kids what they were actually learning. They replied with, “Tim Burton.”

Confused, I thumbed through the teacher’s manual and sure enough, for their level of English class, reading books is too much of a hassle and expense. The state is teaching reading techniques by watching only Tim Burton movies. I asked the other English teachers and apparently it’s just a thing that’s done for remedial classes.

After three days, I left with the knowledge that cinematic techniques offer enough of a parallel to writing techniques that, fuck it, Burton’s use of lighting, music, and color paired with Depp’s acting is enough to get the dummies to pass their standardized test. It’s not our problem if they still can’t read or lack the motivation to include literary culture in their lives.

I’m in no way a great teacher or person. I spend most of my high school assignments reading a book at the front of the class while the kids do busy work. Sometimes, I try really hard to remind the students who have given up that their intelligence and personal worth is more than just a standardized test score and how reading isn’t about graphic organizers but being able to connect with people.

I treasure the moments when I can use Google translate to type to a girl who can’t speak English how proud I am of the effort she’s putting into her math. I’m also saddened that she’s stuck in a remedial course because of a language barrier.

I recently finished a long-term substitute position for a fifth grade English class. At the beginning, I was told the teacher was merely on sick leave and would return in May. Her illness is none of my business, so I didn’t pry, but I found it strange that the kids had no idea why she was gone. This teacher seemed to have vanished without telling the kids, or even her math and science partner.

She left over halfway through the year, a month before FSA testing. Before I accepted what I thought was a three-day assignment, the kids had seen a slew of subs come and go for three weeks, and their behavior was atrocious.

Many substitutes are desk jockeys—even I am on certain assignments—but when I have a lesson plan and a room of rowdy hormonal kids, I’m no slouch. I took charge and fumbled my way through a reading lesson on the projector. My meager teaching skills apparently impressed the reading coach after the first day. As I was leading my morning discussion of text coding, she actually said to the class, “I love her! Can I keep her?”

I agreed to stay for as long as they needed a sub and think I’m doing a good enough job—especially since I’ve only been a substitute since August and have no idea what I’m doing and have very extensive legal restrictions like not being allowed on school grounds past 3:30 or being able to so much as give the students a high-five, let alone candy treats like a normal teacher would?

Every day, a reading coach would give me a tub of candy or other food incentive and I had to say, “I can’t give this out.” I also had to consistently yell at kids to quit rifling through my desk for M&Ms that the regular teacher would sell for good behavior tickets.

The longer I stayed, the more intense the problems got. The worst was when one student aggressively tried to cut his wrists in class with a broken pencil because of the stress of his neglectful home life and upcoming FSA testing.

This school is the kind where younger kids come off the bus Monday morning shaking with hunger because the free breakfasts and lunches are their most substantial meals of the day. Every grade had at least one permanent substitute teacher. Behavior referrals got swept under the rug because there’s no official guidance counselor and funding will get pulled if the school’s behavior status is too low.

I can’t say this school is special, because I’ve run into the same problems all year across a multitude of schools and I don’t even teach middle school, where the behavior is terrible on a good day.

Maybe the school wouldn’t have felt so terrible if it had some good teachers—except that I was working with some great teachers. My math and science partner was a highly-rated, top-scoring teacher for the past ten years who took on all the responsibilities that I couldn’t. Her kids’ FSA math and science scores were so high and showed so much improvement from their previous FSA scores that the new principal subtly accused her of cheating.

So I started to hear all the rumors come in. Was the teacher I’m substituting for sick? Yes. Was she on sick leave? Not technically. She might have gotten on the new principal’s bad side; there were always people from downtown sent to observe her.

It’s so sad how a teacher whom all the kids loved and was able to elicit such high scores in previous years could all of a sudden become so ineffective. Something I overheard: “In this county, the best bet is to quit and move. I have never seen a teacher win a court case, but I have seen a lot get their certificate taken away.”

I mentioned that for all the upcoming paperwork, the class really needs a teacher. I’m just a schmuck with a degree and clean criminal record; I can’t help with grading, much less running records or whatever the hell a DRA is. It wasn’t fair that all the responsibility was falling to the ESE and reading coaches.

The next day, due to a computer glitch on behalf of the substitute agency, I met my replacement sub. We talked to the sectary who got on the phone with our agency. I was supposed to work for the next two weeks and then the teacher would come back. She was never coming back. So I volunteered a day’s work, without pay, to acclimate the new guy who will be there until the end of the year.