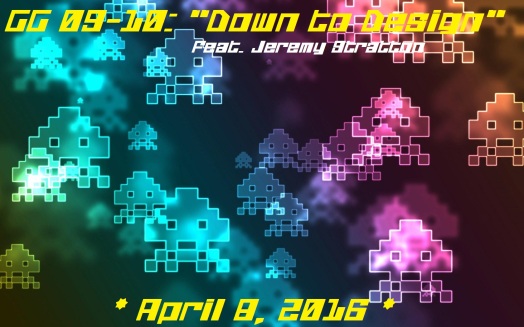 Game design is a topic that I’m very passionate about, even though it’s something that I’ve only somewhat delved into personally. Over the last 16 or so years, I’ve messed with various projects off and on, and to-date the only one that I’ve come close to finishing is my The Legend of Zelda: Sword of Moria fan game (which I discuss a bit at the close of this episode).

My great friend Jeremy is back on the show for this episode to talk about his recent adventures with RPG Maker MV. For a while now, Jeremy has been periodically putting out video tutorials on the basic fundamentals of the program, and recently he made the decision to take the knowledge he’s gained over the last few months and use that to build his very own RPG based around a fantasy universe he created many years ago. He discusses the fact that he’ll likely continue doing tutorials, but that he’ll probably be showing actual bits of his game design process, which will save time but also be an effective way to show you how to do things.

I also talk a little about my use of Zelda Classic and what I’ve accomplished in my fan game I’ve been working on, and at the end of the show I discuss my plans for an upcoming release (no target date set yet though!).

As always, you can find these episodes on iTunes, but you can also find the MP3 directly here.