Getting Familiar with the Steam Controller! 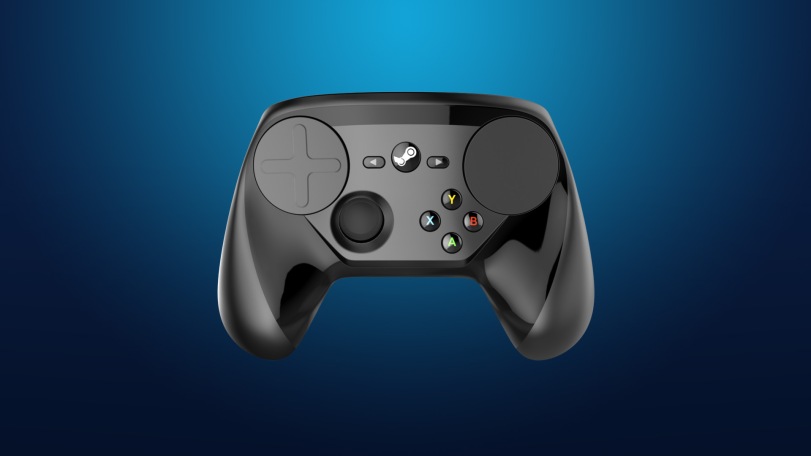 Ah, the Steam Controller – a device that’s part of Steam’s push into creating a console-like experience for PC gamers. In fact, it’s part of a dual initiative that includes taking PC titles and rendering them on your big screen. So, whether your goal is to have a more precise control scheme while sitting at your triple-monitor beast or playing via Big Picture mode (or on a Steam Box) on your 60″ TV in the living room, Valve wants to have you covered by giving you an awesome overall experience.

I actually got a Steam Controller as a gift on my birthday earlier in December, and it was something I’d actually wanted to get ever since seeing it being announced. The thing about USB controllers for the computer is that they can often be hit or miss. This is true of even very high-end models. For the longest time, your best bet for the largest compatibility was to pick up an XBox 360 controller and plug it in and use it. I was actually really close to doing this not long ago, but was very pleasantly surprised when I received the new Steam controller as a gift 🙂 Since getting it, I’ve used it with quite a few different titles in order to get a feel for it, so…what are my thoughts so far?

Overall, I find the controller very light-weight and yet precise and swift to action. It has a unique design with the directional touch pad and joystick on the left and a second touch pad on the right, while including the familiar A-B-X-Y layout for normal game keys. There are four triggers on the back of the controller, but the device also features some “pressure plates” on the back of the controller where you’d normally be gripping it that can also be key-bound to suit your needs for certain titles. That, I think, is pretty darn cool. I also like that the controller comes with a wireless dongle for non-tethered play, but that it can also be plugged directly into your PC, laptop, or Steam Box when you don’t need to be wasting batteries, and the wire is long enough to have this not be a problem for any set up that I can imagine short of needing to be a long distance away from a screen (say, if you were using a 55″ 4K TV as your monitor).

My more recent Ys: The Oath in Felghana videos as well as my two-part playthrough of Toren were both done using this new controller, and I’ve also put it to the test with various games in my Steam library in order to see how it behaved. As promised by Valve, all games I tried it with that advertised full controller support were fully compatible with the Steam Controller. This, too, is a big selling point to me: if a game advertises having controller support, then it must support the Steam Controller.

The uninitiated might say that $49.99 US is a bit high for a controller, but given the cost of an XBox One or PlayStation 4 game pad, I actually think it’s extremely fair.

On occasion, there might be a time when the keybinds assigned by default for a game don’t feel 100% natural to you, but before you go and immediately try to swap them out, give them a try. At first, I wasn’t sold on how The Oath in Felghana was laid out, but after running around and testing things out for about 5 or 10 minutes, I was extremely pleased.

I have no trouble recommending the controller to any serious PC gamer, and I only hope that developers continue to make strong use of the controller and also integrate it into their plans for future VR titles that will make use of the Oculus Rift and other VR devices!