Choosing Games – What Makes Us Pick a Genre? 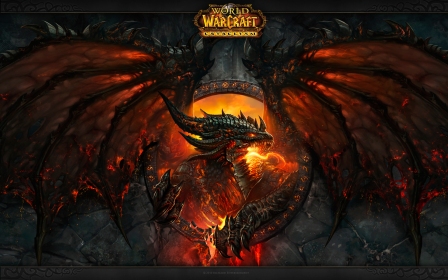 December 7, 2010: World of Warcraft: Cataclysm is released, and I consider buying it, but am quickly turned away when I hear that it’s a part of an entire series of games. Fast forward five years, and I’ve completely submerged myself in the World of Warcraft series and all the bells and whistles that come along with it.

My gaming career began largely with MMOs; however, it wasn’t until later that I realized that a large majority of people also like playing without a bunch of other people, either in co-op games with a single partner or in a single player game. The games that you play directly influence the type of person you are and what you like to see. We all started playing games because we desired something, although we all may have different motivations. And who says you can’t dabble in multiple genres depending on how you feel? What do the games we play do for us, and why do we enjoy them?

There are a variety of game genres. As I previously mentioned, the one that I prefer is Massively Multiplayer Online Games. There are also many genres and sub genres, including, but not limited to:

Action games are perhaps one of the most basic and traditional game models. Players are required to use fast reflexes and timing to complete goals and earn rewards. Action games can either be played alone or in a party. Some examples of the different types of action games are:

Shooters are games that focus largely on combat. The game varies drastically based on the perspective from which the game is played in. Most of the time in shooters, players work as teams in order to complete a common goal against rivals. However, most games also have a story mode. Some types of shooters include:

Adventure games are very similar to RPGs but vary based on the environment your character is set in. Often, the game requires the player to complete a series of puzzles and goals in a non-confrontational way, typically by interacting with a variety of people who all offer different things. Some types of adventure games include:

Role Playing games can be played solo or within a party and usually requires the player to pick a class, such as a melee combatant or a ranged spell caster. Depending on your class, the game can be vastly different. Role Playing games derive from tabletop RPGs, such as Dungeons & Dragons. Although there are many different types of RPGs, listed below are some of the more common ones:

Sports or Real-time action games pit you against another team that’s either controlled by another person or the computer. A player often controls an entire team by themselves. Some of these games require a video camera to monitor your movements. There are several different types of these games, including:

Regardless of what type of game genre you prefer, video games as a whole say a few things about us as a culture. According to Game Theorists 2013 video “Why you play Video Games,” they satisfy three basic needs, and “every gamer games to satisfy a different combination of these three needs.”

Although all three of these qualities can be fulfilled by real life, video games are often the most successful and addicting way to fulfill them. And although video games are marketed towards a target audience, there’s an underlying reason why we all game. So play a different game, expand your horizons, and see what other genres have to offer.