The Top 5 Worst Film Adaptations of Video Games Ever

The idea to base entire movies on video games is a concept that started in the early ’90s shortly after the video game boom of the ’80s. The inherent flaw with such movies, as evidenced by the poor reception and box office performance of Adam Sandler’s video game-inspired Pixels, is the difficulty of translating an interactive, player-controlled scenario to a full-length movie with enough substance to entertain moviegoers. Even though there have been some exceptions recently, like Wreck-It Ralph, it’s for this reason that some of the epic fails in this genre are really, really bad, with the following movies ranking among the worst.

The Italian plumbers (played by Bob Hoskins and John Leguizamo) in Super Mario Bros., based on one of the best-selling video games of all time, attempt to stop evil-doers from unleashing sewer-dwelling reptilian creatures on an unsuspecting city. Reportedly, the husband and wife team (Rocky Morton and Annabel Jankel) directing the flick refused to listen to input from anybody else involved with the movie. However, the real problem with the film, despite its multimillion dollar budget, is a glaring lack of substance. It’s a movie ABOUT a video game with a very weak plot that fails to draw the viewer into the alternate world it presents. Nintendo subsequently ditched plans to make more live-action films based on its games.

Double Dragon is a live-action version of a game that’s basically about two guys beating the crap out of each other. How could that not fail? Shuko is an evil crime lord (Robert Patrick) seeking possession of both halves of a powerful medallion (the “double dragon”). A couple of teenage brothers (Scott Wolf and Mark Dacascos) work to defeat Shuko. The problem with the movie, aside from the ridiculous plot and bad acting, is the fact that they changed some of the video game characters to conform to action movie stereotypes – bad guy Abobo reforms and becomes an ally of the teens, and Marian Delario (Alyssa Milano) becomes a kick-butt heroine. George Hamilton, Vanna White, and Andy Dick also make appearances. Enough said. 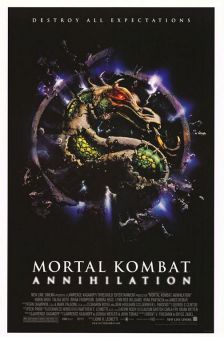 Surprisingly, the first Mortal Kombat wasn’t all that bad. This sequel, however, is, for lack of better phrasing, a complete mess. Most of the roles from the first film were recast without explanation, and the plot, based on Mortal Kombat 3, involves the quest for a Native American shaman, a showdown with Shao Kahn (the evil emperor), a cyborg, a dragon-like creature, and a big fight to save Earth. Other than the jumpy plot, the movie is done in by awesomely bad acting and laughable special effects. 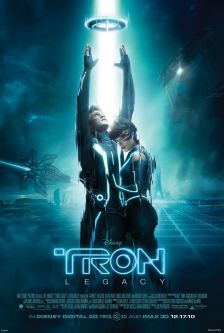 In Tron: Legacy, we learn that Kevin Flynn (Jeff Bridges), the software engineer from the first film, has been missing since 1989. In the present day, Sam, Flynn’s son, is asked to investigate a mysterious pager message from his father’s old video arcade. After finding a huge computer in the basement, Sam is sucked inside by Clu, the digital version of his dad who wants to get out of the grid and rule the real world. The problem with this movie is that it’s basically a re-telling of the original with better special effects. Unlike Tron, however, the inhabitants of the grid face very few challenges other than getting out. There’s also the whole thing with Sam being a super bad boy with an “I don’t care” attitude who happens to be an ace computer hacker – and yet, when push comes to shove, we’re supposed to believe that he’s all for rescuing his dad, defeating Clu, and saving the world? 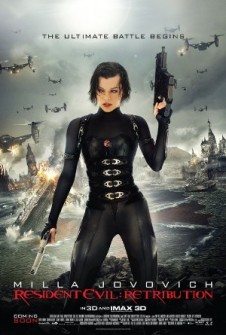 The “reigning queen of kick-butt,” that would be Milla Jovovich, returns in the fifth entry in the Resident Evil franchise as Alice in what’s presented as a series of fake realities where nothing is what it seems. All of a sudden, a bunch of characters from previous movies in the series show up, and there’s lots of fighting, along with some underwater stuff – oh, and there’s a zombie attack, too. All of the annoying simulated realities and the odd addition of an Asian dragon queen make Resident Evil: Retribution a disjointed mess that only devoted longtime fans will enjoy.

While the disaster that is Pixels makes the case for pulling the plug on video game-based movies, there are occasional successes fueling the genre – most notably Lara Croft: Tomb Raider, the Resident Evil franchise, and Need for Speed (all of which you can watch here, here, and here) – although there are a lot of direct-to-video releases as well, so it’s hit or miss when it comes to such films. With more than 30 video game-inspired movies currently in development or production, however, including big screen versions of Angry Birds, The Sims, and a Tomb Raider reboot, it’s not going to be game over for the trend anytime soon.