Pushed to the Edge? 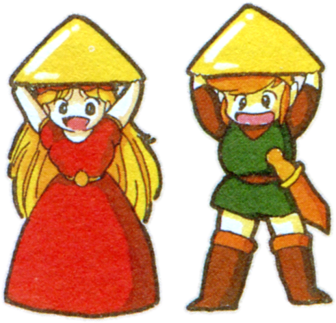 I know I’ve promised that I’d write more personalized posts here in Nerdy But Flirty, and I know so far I’ve only done that on a rather limited basis in 2015. Well, let’s try to rectify that, shall we?

I recently wrote an article about why I haven’t been involved in an MMORPG for nearly a year, and writing that article brought some more thoughts to the surface. See, beyond the fact that not many MMOs call to me right now, there’s the fact that I was starting to get sick of some of the gaming communities I was involved with. In Guild Wars 2, I witnessed a couple guilds that I helped grow and was an active part of fall apart due to asinine behavior on the part of a few members, and one of the reasons for this was grossly inappropriate or derogatory remarks that people kept making. In one case, I was in a guild that specifically championed equality, yet as a byproduct of their zealousness for equal rights, people had to watch what they said and try not to offend someone’s sensibilities (in itself probably a good thing, right?), but an inner-elitism started to form where those seeking to avoid marginalization were becoming marginalized themselves.

What some people might not realize is that I’ll have to quite frequently vette comments made on my YouTube channel by individuals who obviously have a hateful agenda. Sometimes, it’s disparaging anti-LGBT remarks from someone who’s obviously trolling the channel in the first place, but other times it’s comments along the lines of how my opinions in the gaming industry as a whole, or about anything gaming related whatsoever, are irrelevant due to my gender and gender identity. These are the remarks about how women weren’t meant to play <insert game here> and how I should go back and cover some sort of gossip column or something along those lines. Now sure, it’s easy enough to delete comments of that nature and ban someone who makes them from visiting the channel, but the point is that I still have to read them before I delete them, so even if they don’t leave a lasting mark on the channel itself, I have to remember them on some level (no, it’s not easy to just forget and move on).

One of the times when these sorts of disparagements are very evident though is in livestreaming. See, when you stream something live, anyone who wants to can stop by the channel and comment. Yes, if they say something out of hand I can ban them and block them, but again, I have to see it real-time in the chat and may in fact respond to them in the recording of the video itself, which puts a dark mark on the content that I might have to go back and edit out later.

This sort of thing makes it so I go through phases with livestreaming. Sometimes, I think it’s great and I really want to get into it, and then other times I feel very blah about it or recall a couple bad instances and then wish to back away from it. Recently, during a casual afternoon stream of Ys II: Chronicles Plus, some random troll showed up and started making a lot of sexist, anti-LGBT, and even racist comments in the chat room, which obviously resulted in his total and immediate ban from the channel.

Anyway, I guess I’m just tired of feeling that often my opinion doesn’t matter on a lot of topics because of who I am or are perceived to be.

In stark contrast to this, I can say that in the two major professional worlds I’m a part of, the exact opposite is true: my opinions and views are taken with respect and are treated quite seriously. This may not be true of all society as a whole or my interactions with others (more on that in a later article?) but, for whatever reason, I can say that in the geek world, it’s easy for me to feel rejected or out of place. Ack!

Anyway, that’s my rant for now. Hopefully I can keep it together and keep fighting the good fight!