Currently, the worst Ebola outbreak in history is sweeping across parts of West Africa and has left more than 1000 people dead.

If you haven’t heard about the American who died from it or the two public health workers who were infected and transferred to the United States for better treatment, then it’s just not fair that you’ve managed to live the last few weeks of your life without once considering the possibility of a mass Ebola pandemic – kind of like a zombie apocalypse.

To bolster some extra panic, someone hacked into Yahoo’s twitter account and tweeted a false story that there was an Ebola outbreak in Atlanta.  How terrifying…the beginning of an Ebola catastrophe – and I haven’t prepared myself! Good thing the tweet was determined to be false before public panic ensued. This does, however, remind me to stock up on water and canned goods…just in case.

I figured this would be a good opportunity to read up on Ebola to learn more about the disease, the facts, and how it’s spread. 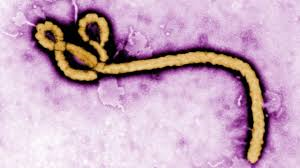 Here are seven things to know about Ebola.

My disclaimer is that I’m not a leading expert on the subject matter, and this list is merely my opinion based on research and several scientific sources that I’ve read.