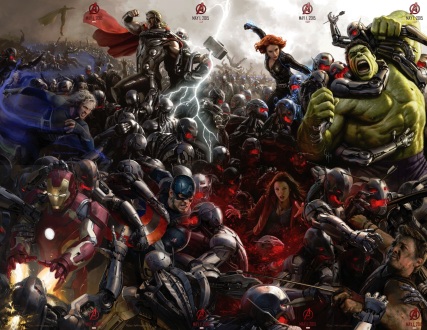 Feast your eyes on the full concept art for Marvel’s Avengers: Age of Ultron. The movie, to be released May 1, 2015, is a part of the massive cinematic universe that Marvel has created. It’s not uncommon for the company to release concept art at the huge San Diego show, but this piece is highly detailed and incredible. They released each section as individual posters, and the above is a full, combined art of all of the posters. You can check out each image at Marvel.com.

Not to be outdone, Warner Brothers gave fans the Wonder Woman reveal they’ve been waiting for. Director Zack Snyder showed up to the Saturday morning panel with character posters for the upcoming Batman v Superman: Dawn of Justice movie in tow! The sequel to 2012’s Man of Steel releases May 6, 2015. A teaser trailer was also revealed at the panel, which had those lucky to get into the elusive Hall H very excited. Skepticism has surrounded this movie since its inception, so to finally have some positive views on it is refreshing. Here’s a description of the teaser by Peter Sciretta (over on /film) before it inevitably hits the web:

“The short teaser opens with Batman in a full armor suit from Frank Miller’s The Dark Knight Returns. Glowing eyes, very mechanical, it’s pouring rain. He pulls down a lever on something, and we realize it’s the Bat Signal. It has the new Batman logo (reminiscent of the one from Miller’s comic). The camera slowly pans up to reveal the signal projected in the air but right in the middle of it: Superman. He’s illuminated in the sky amongst the pouring rain with his red glowing eyes. Cut back to Batman, staring right back at Superman with his blue glowing eyes and we cut to the logo.”

And here’s Gal in all her glory: 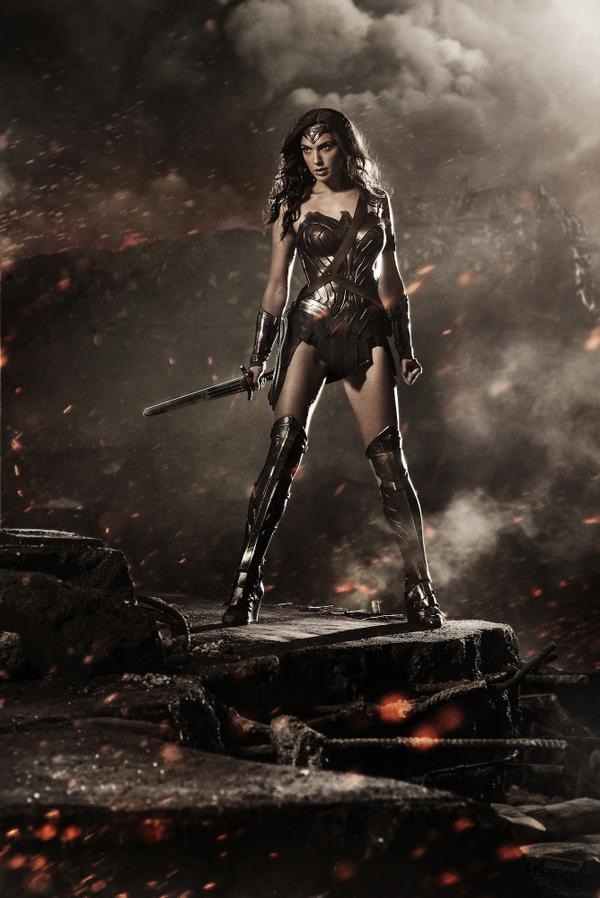