Being a Geek Dealing with OCD

Since a lot of the articles I’ve been publishing lately have been either reviews or showcases of videos or streams I’ve done, I felt like taking the time to write something a bit more personal. Now, some of you already probably know this about me, but I do tend to have obsessive behaviors. It isn’t that I am actually diagnosed as having Obsessive Compulsive Disorder; however, given what I know about myself, I can say with great confidence that I probably have it. And, while some people tend to laugh about OCD and think that it’s kind of funny, I don’t think they themselves understand just how it can be for the person who has it.

To relate this to something most people reading this will be familiar with, let’s consider if I install a new graphics card to my computer, which I did recently. Some people would just get the card in there, make sure the drivers were set up properly, and then jump on into their favorite games and not think much more of it – other than that they can tell the system is running as smooth as butter. For me, though, and likely for others who suffer from this affliction, it isn’t so simple. Once I get the new card installed, I’ll sit there and benchmark a ton of games on the maximum settings to be sure that they’re running at the maximum framerate, then obsess over what new settings can do what, and then go back to each game and do test recordings at a bunch of different settings to see what all the system is capable of, even if I really don’t want to do this. Part of me will say that it’s stupid and an absolute waste of time, yet if I walk away to go and do something else, I’ll still feel this overwhelming urge to go back and do it – even to the extreme of if I’d walked away from the computer to go get ready for bed, I’ll have to go back and run this one last test so that my mind will finally be satisfied and I can go to sleep.

Seems kind of silly, right? Some may say that it only means that I’m a videophile or something, and that I just want to get the maximum quality out of what I paid for. But the thing is, I know that I’m getting obsessive, because there are times when I’ll set all of these settings up in the graphics control panel, on the display itself, and in the game, and yet in some weird lapse of sanity (or self-reliance or trust), I’ll have to go back and double and triple-check these settings to see if they somehow magically changed since I last looked at them, despite the fact that I know these things cannot change on their own and these thoughts are purely irrational whims. What’s worse, this is all done at the cost of actually having fun. And really, that’s when you know something is being problematic, because at that point it’s cutting into you actually enjoying your time off and enjoying the things you spend a lot of money on. This is why I think that OCD is a true illness because of what it can do to the person who suffers from it. 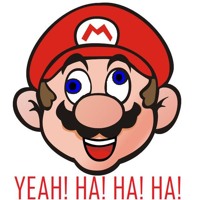 I’ve struggled with OCD in various forms for as long as I can remember, and sometimes I’ll have success at dealing with it and at other times it manages to overcome me for a while and I will get into a downward spiral of worrying about stuff and checking, double-checking, triple-checking, etc. things and squandering all the time I had to go and do something else. Yet, one thing that can help deal with problems of this nature is to actually find something to work on. When people say that idle time can be a dangerous thing, this is actually very true. Usually it’s during these idle times when I have nothing else to focus on that my mind can start wandering to silly things like obsessing over framerate values or component temperatures, etc., and obsessing about settings in games I don’t even play. This is, of course, to say nothing of obsessing about external things.

The funny thing is, even finding hobbies and fun things to take up my time can be vexing. Say I’m listening to a podcast I enjoy, but then something interrupts it partway through. Normally, someone would just pause it, deal with whatever they needed to deal with, and then resume, but sometimes I’ll have this weird obsession about having an “uninterrupted experience” and will have to start the whole episode over, and if it gets interrupted again, do it all over again. With willpower, this can be overcome, but it’s still a vexing problem that I think a lot of other people simply don’t appreciate or understand.

What about you all? Do any of you have to deal with something like this, perhaps obsessing about other types of things?