Spring is here! It’s time to put away your winter attire. If you’re looking to replenish your wardrobe with some new items, see below for some options.

ComicsAlliance recently released an article for the shoe company, Shoes of Prey. Shoes of Prey designs shoes inspired by superheroes and they let you decide the color and/or type of shoe you want. The Wonder Woman shoes are awesome. Go here to read their article and check out their superhero-inspired shoes. 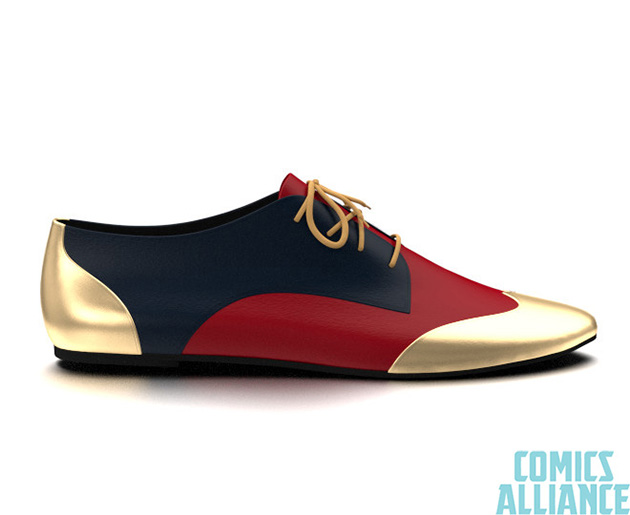 Black Milk Clothing recently released clothing lines for Batman and Game of Thrones. They have the houses covered, so if you want to show House Targaryen pride, they have dresses and shirts. They even have Littlefinger leggings (for the Littlefinger fans; does he have any?). They have plenty of Batman items, including a Joker bathing suit. One complaint I have is that I wish they had more of the female characters from the Batman universe. They do have a Harley/Ivy shirt and a Poison Ivy bathing suit, but what about Catwoman, Batgirl, or even Talia?

Even though both companies are a little pricey, it’s worth splurging on an item or two sometimes.