As we near women’s history month, there are all sorts of issues and celebrations to cover, and this new gadget from First Sign Technologies is a mix of both. 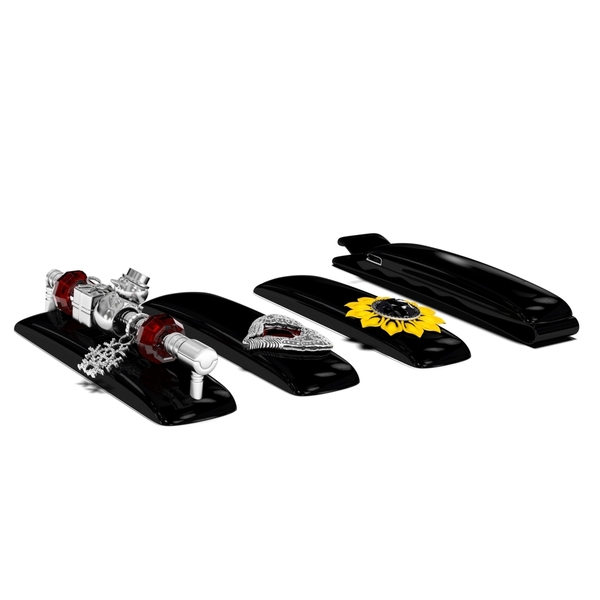 There’s no mistake about it, violence against women is prevalent across the globe. I’ve suffered from it, my friends have suffered from it, and some of our readers have probably suffered from it. A lot of the time, it’s hard to get back out on the street, because an assault has left you feeling so small that you think the sky might come down to crush you. You worry you won’t ever feel safe again. Sometimes, very understandably, you haven’t experienced an assault but you very much fear that one might happen.

Well, ladies, there’s something beautiful in the works here, and it’s being brought to us by our friend science. First Sign Technologies has devised a hair clip that not only detects violent attacks, but reacts to deter, apprehend, and prosecute the attacker.

How can a hair clip do that? Well, you can download several newfangled diagrams about it here. Or watch a video here.

But, simply said, the hair clip is equipped with a gyroscope to detect violent movement, a recorder to capture the voice and archive evidence against the attacker, and an app on your phone to activate an alarm to alert nearby police or security.

As a bonus, you can put this hair clip anywhere, or you can just straight-up hide it in your hair if you don’t go for that sort of fashion accessory.

A deep and heartfelt thank you to all the people working on this product. It could change so many lives and make the streets less dark.