Tanya X. Short is the designer and lead at Kitfox Games, the company behind the upcoming roguelike RPG Shattered Planet, which I will have a preview of for you soon! But first, let’s get to know Tanya herself, who has worked on The Secret World, Age of Conan, Dungeons of Fayte, Fashion Week Live, Scout, Cooking Casanova, Escape from Ithuria, Aetolia: The Midnight Age, Color of Doom, School of Magic, and Summoned.

1. How did you get into the games industry?

After university, from 2004 to 2006, I went and lived in Japan, teaching English. And every evening, for those two years, I would go home and volunteer as a Goddess in a text-based MMO (the game is called Aetolia and is still running), basically working as an assistant community manager, content designer, and event coordinator. I even basically taught myself C++, in order to script special behaviours for monsters and quests. And I thought to myself, “Hey, wouldn’t it be a dream to be paid for this?”

When I did all the research for the best ways to become a professional game designer, I saw that a portfolio was essential. I would need polished levels and mods, which would take hundreds of hours. And I knew that I could do it, but it would take a few years and I might get discouraged. I might not ever have the discipline to make myself learn new engines and programming languages.

So I decided it was worth the cost (and stress) and applied to the most portfolio-oriented school, the Guildhall at SMU. Two years later I had a master’s degree, a great level design portfolio, and game design job offers from Funcom, ArenaNet, and Big Huge Games. I took the one from Funcom because hey, who says no to a job in Norway? Not me.

2. What does your role as designer and lead at Kitfox Games entail? What’s your favorite part of your job?

On a four-person team, everyone kinda has to do everything! So while most of my work on the game involves writing item descriptions and balancing monster statistics and progression spreadsheets, I also make sure we’re on schedule, staying in touch with fans, and not working crazy hours. So I’m designer and producer, business development and webmaster. Mostly I try to keep the big picture of our project in mind so we can have the best priorities for our decision-making, so that the other 3 team-members can focus on their work and know that it’s a good use of their time.

My favorite part of the job is probably the days when I get to just focus on design. Blogging and tweeting and talking with publishers is all nice for a bit of variety, and someone needs to do them, but when I write a new piece of story for the game, or add a dozen new items, I feel much more essential and productive. 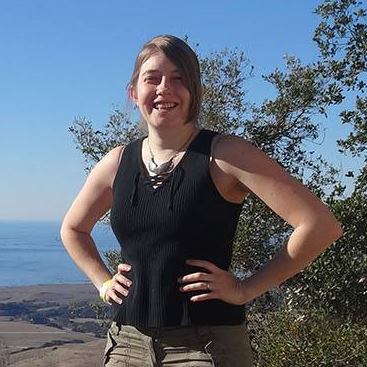 3. Have you ever had a bad experience in the games industry because of your gender?

Well, to be clear, my time at Funcom was fantastic, both on Age of Conan and The Secret World. Funcom was (and is!) full of fantastic people in all departments. Even in the occasional 20-person meeting where I was the only lady, I very rarely felt out of place. Someone once took bantering a bit far, but they were a good friend and I asked them privately to be a bit more gentle with their faux-insults, and everything was fine after that.

But I do have a kinda funny story. On Age of Conan, I was briefly the designer in charge of their “Unchained” patch, which was the transition to free-to-play. So I was managing a little strike team, strategizing on the best things to give to subscribers, creating items to sell, etc.

Well, marketing told me to make a special promotional “pet”. And this “pet” would be a topless woman you could buy for real money, who would follow you around the game-world… you know, showing how mature and sexy Age of Conan is, capitalising on their rated-M branding. I ran with it and made 4 different “pleasure priestesses” (one each of Cimmerian, Aquilonian, Stygian, and Khitan – don’t get me started on race in that property). I made them extra-cool, and semi-plausible in the game-lore, based on actual ancient mythology and Robert E. Howard’s stories. Another female scripter/designer also made pleasure priests, but they didn’t sell… though they also weren’t as heavily advertised. Sigh.

Anyway, the problem came when we had complaints because in my intent to make them extra-cool, I had given the Cimmerian a hood made out of a wolf pelt and some badass war-paint… and as a death priestess, the Khitan would sometimes appear with a skull for a head. And the complaints were that I had ruined their sexiness. Even though their chests were still bare, well, they weren’t easily sexualised… so marketing was unhappy. I basically made them TOO cool. Oops.

4. What advice do you have for people looking to get into the field?

Make games! Game designers often start out with a million ideas and no skills. It’s natural. Thinking up new game ideas is fun. But when you’re a game designer in a team larger than 1, your value is about 5% ideas, 45% execution, and 50% communication. Until you’ve made a dozen games, your ideas will be so difficult to communicate to another developer, that they might as well be useless, no matter how brilliant and insightful. So write them down and keep them, like messages in a bottle to your future self, when you know how to translate “something that would be cool” into a player experience. 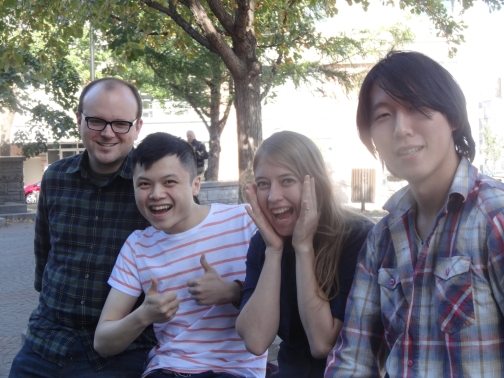 5. What gets you most excited about your upcoming game, Shattered Planet?

I love watching people’s reactions to the world. It takes itself much less seriously than most science fiction games; there’s not really much grim or dark about it, and that easy-going feel seems to really click with people. We can’t compete with large studios on things like polish or volume of content, so we compete in having a unique, quirky voice that you wouldn’t find from something that’s been focus tested and designed by committee. I guess I’m excited about people discovering the game’s kinda secret goofiness.

6. What drew you to making a roguelike?

We didn’t intend to make a roguelike! We fell into it.

You see, I love feeling lost and curious. Whether it’s in Civilisation or Minecraft, I love being surrounded by darkness and mysterious creatures and having to find my way in the wilderness. And we felt that in the modern games market (especially on mobile), you don’t get that feeling very often, of pure exploration. So we started prototyping various kinds of exploration. Puzzles, game-boards, etc.

We ended up with a little prototype that had randomly generated levels and RPG elements… and we realised it worked best if there was equipment, permadeath and currency and tiles…and before you knew it, we had re-invented the roguelike.

7. What are some of your gaming inspirations and/or your favorite games?

Oh man, I play all sorts of things. Over the Christmas break, I had a great time in Starbound with my niece and nephew, just flying around the universe, fighting robot knights. I’m really excited about how procedural open worlds will develop in the next few years, what with everyone from Cube World to Everquest to Warren Spector talking about artificial storytelling.

But even on a personal level, over the years I’m drawn more and more to strange games – like, games I wouldn’t necessarily recommend to people unless they want to see something really different, you know? I mean, I enjoy the Zeldas and Assassins Creeds and Animal Crossings as much as the next person. But I’m only inspired when I wander off and try something that might not be for most people, or at least not most gamers, like 7 Grand Steps or Long Live the Queen or Howling Dogs. There are some that walk that line carefully, of course, like Gone Home, which is extremely approachable and whose main innovation wasn’t mechanical but rather having the courage to show a deep sincerity and humanity. I hope I can learn from that kind of personal courage and channel it into our future games.

8. Where can fans follow you? Are there any sites you want to tell us about?

Well, my first recommendation would be to join the Kitfox newsletter, at our website – we only mail once every 2-4 weeks, and I try to write it like a person, not a company.

Fans can also contact us anytime, either @kitfoxgames or @tanyaxshort – but I won’t give any spoilers! 🙂

[From Kelsey: You can also check out Tanya’s personal website/portfolio here!)

3 thoughts on “Interview with Tanya X. Short, Designer and Lead at Kitfox Games”