The Hobbit: The Desolation of Smaug Review: NO SPOILERS

Oh man. I tried. I tried so hard to like this movie. I loved The Lord of the Rings trilogy, and I found some enjoyment in the first Hobbit movie. My complaints from the first movie still stand for The Hobbit: The Desolation of Smaug: this movie is just too long. AND YET STILL ENDS IN A CLIFF HANGER.

Not only is it long, but it’s very obvious that the length was created, rather than necessary. There are random cuts to images that don’t make sense, the pacing is atrocious, there is a bumblebee moment that serves only to remind you that you’re watching 3D, and a few of the actors gave alarmingly bad performances. In the scene where the camera swims around the entrance to Mirkwood, I literally had a flashback to an episode of Xena, it was that cheesy.

Who is the main character?

Another major issue with the movie was the character focus. Unlike the book, which is fairly uncomplicated, the movie can’t seem to decide whose tale this is. As a result, we end up with meandering threads that seem out-of-place and remain unresolved. I can’t say more without spoiling the movie, but suffice to say the movie could have taken a page from the book (unexpected pun for the win). 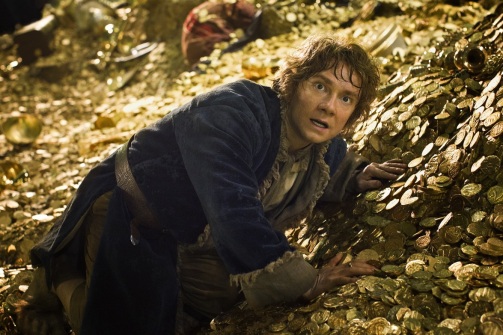 I saw the movie in 3D and 48HFR and I must say, I wish I hadn’t. The 3D did not lend itself to the creepy spiders and enormous dragon, but instead only seemed to work for the bumblebee and making me nauseous. The 48HFR made The Desolation of Smaug look like a made-for-TV movie.

On the other hand, the CGI towns, mines, landscapes, and fortress were lovely. There were plenty of gorgeous scenes in this movie, such as Gandalf’s trip to the graves of the nine kings. 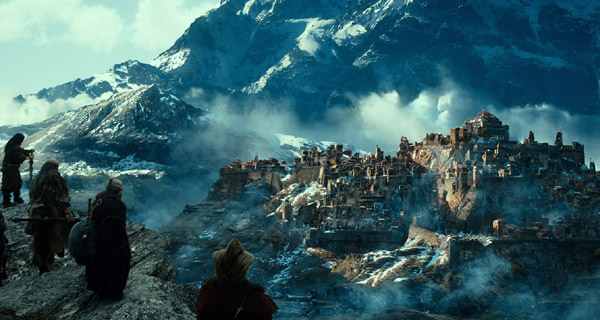 Back to the other hand again, the CGI felt extremely overused in regards to the elvish fighting, with many of them looking like elastic ballerinas instead of warriors.

Stick to the Script

The opening scene was cringe-worthy and unnecessary, like many other scenes that were not in the book, such as the berating of Tauriel. As a friend said to me after seeing it: I’ve seen this scene before. All of the stereotypical, over-done plot devices and moments added seemingly for the drama were utterly lifeless caricatures of other scenes from other movies, books, and games.

Combine this with the over-acting I mentioned (especially from Lee Pace as Thranduil and Evangeline Lilly as Tauriel) and you have a strangely B-movie feel to something that seems like it should have been much better.

Why add scenes that weren’t in the book if those scenes aren’t interesting, unique, different, add something to the plot, etc? Not only do these scenes not help the plot, there are also changes that actually weaken the story overall.

Richard Armitage’s Thorin is amazing and arresting. I love the random love interest for Kil,i and Martin Freeman’s continued adorably perplexed faces were great. The spider scene was also phenomenally disturbing. I was actually shivering in disgust while watching it, and I definitely don’t have a spider phobia. 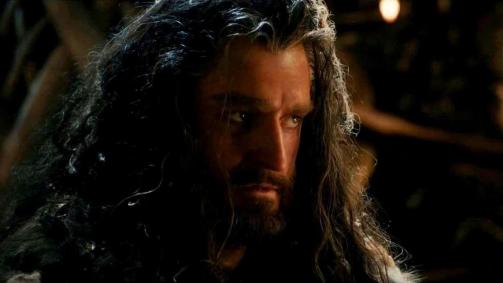 I also quite enjoyed each and every fight scene. More fight scenes, please!

Instead of an extended edition, I want an edition of this and the first Hobbit cut down for pacing, made into the glorious fantasy movies they could have been.

Oh, and this was hilarious.

5 thoughts on “The Hobbit: The Desolation of Smaug Review: NO SPOILERS”