GeekGirlCon came and went. There were lots of fun panels and great career resources for girls. Here are some of the highlights of this year’s event.

Project SPARK is Microsoft’s open world canvas that let’s players create any kind of game they can imagine. Team Dakota was there showing a demonstration about their project. The game was smooth, and easy to pick up and create. They also showed off their enemy creation and brain system.  You place an enemy, like a troll, and pick a brain system, (like attack player or dance) and boom — you’ve created an enemy. You can also apply the brain system to objects like rocks as well.

Project SPARK will be released for Xbox One, Xbox 360, and Windows 8. The Windows 8 beta will be opening soon so be sure to sign up! 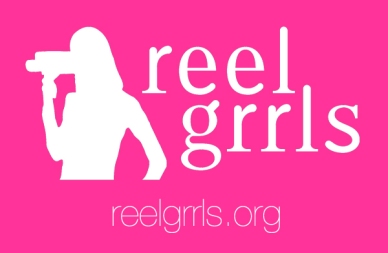 What is Reel Grrls, you ask? An award-winning, non-profit media arts and leadership training program for girls ages 9 to 19. At Reel Grrls, girls learn production skills through hands-on workshops and classes taught by female media professionals and educators. Reel Grrls is located in Seattle’s Central District. Here, women learn about film production, editing, and learn to create their own short films.

Interested in getting involved? Become a mentor or sponsor a girl!

If you’re in the Seattle Area, this Friday is their annual Gala Ball

FIRST is a science and technology program designed for kids from middle school all through high school. Kids will learn how to apply math and scientific methods, develop ideas and present them, and compete in robotics competitions.

If you’re in the Seattle area and want to get your kids involved, there’s a local chapter called the TaterBotz Glacier Peak Robotics FRC Team. They’re always looking for new members, mentors, and sponsors.

Check to see if there’s a local chapter in your area!

At the GeekGirlConcert an electric cellist named Unwoman who’s steampunk inspired music was amazing and beautiful. She had a great stage presence and even played for free on the convention floor. Check out her music here.

This year, EA and PopCap Games teamed up with IGNITE to help get girls more involved in the Science and Technology field. IGNITE is an acronym for Inspiring Girls Now In Technology Evolution. Founded in 2000, more than 10,000 high schools have participated in the program. To get involved or find a local chapter, go here.

That sums up this year’s GeekGirlCon. I’m Iooking forward to the next year’s event!