Now that we’ve all had a few weeks to cool off, I think it’s time that we calmly and seriously talk about Ben Affleck as the new Batman. The most common consensus (or the loudest) is that Ben Affleck is a mind-boggling choice, to the say the least, and bringing Batman’s film cred back to the dark days of Batman and Robin. Yet, I want to offer you a different point of view. I want to show you why Ben Affleck could absolutely be an asset to Batman vs. Superman (though I’m not going to pretend that title is a good choice).

But I suppose if we’re going to be real here, there was and is only one true Batman who punts all of the other Batman wannabes to the curb: Kevin Conroy. Recognize. 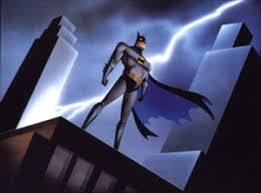