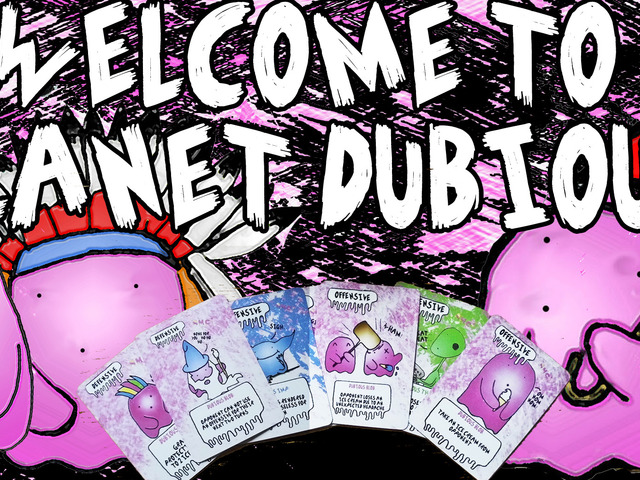 Okay, seriously, who doesn’t love ice cream?! Well here in the land of the Dubious Blobs, created by Tessa Kennedy, ice cream is the currency! These blobs are all kinds of cute, and are sure to put a smile on anyone’s face! 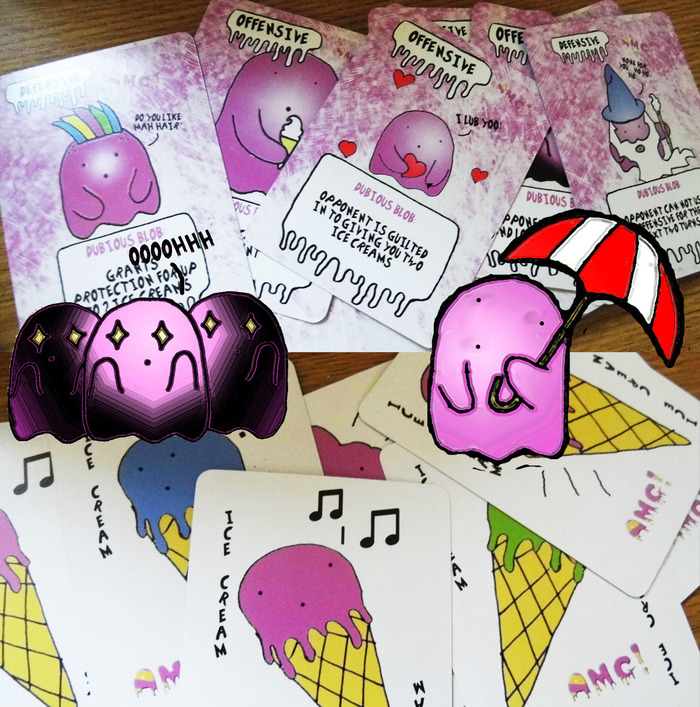 She does all the artwork herself. If the Kickstarter is successful, there will be booster packs in the future! I think it’s really worth funding. It’s an adorable game, and each backer gets a copy of the game no matter what. Even if you only pledge $1.59, you still get a printable version of the game. From $9.53 and up, you get a copy of the game shipped to you, as well as many other goodies! Some of the awesome other rewards for higher pledging backers include: a deck box, a limited edition foil card, or even a t-shirt!

Tessa is from the UK, so the funding on the site is in pounds, but anyone can back the project. The couple of conversions that I did to dollars are the correct amounts. It’s a sweet game and really sweet deal. To give Tessa, her Dubious Blobs, and Amg! Ice Cream! your support, head on over to the Kickstarter page!