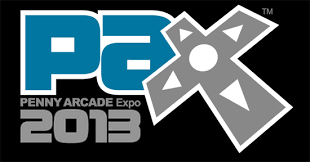 Penny Arcade Expo 2013 is in full-swing, and even though September 1st is the last day of the event, there has been plenty to see and do these last two days. Sunday was jam-packed with panels and events, but here is an assortment of some of the highlights:

3:30PM: The Good, the Bad, and the Moogles: Final Fantasy Funtime Geekout

It bears mention that August 31 was also the Guild Wars 2 Anniversary Bash – an off-site event held throughout most of the day at the Renaissance Hotel just a few blocks away. Quite a few things were discussed at the bash, but the big highlights included:

In addition to this and the conclusion of the tournament between the winning EU and US PvP teams, there was a party in which fans were able to mingle and make friends with the ArenaNet staff. Event staff said that they wanted everyone in attendance to have a friend at ArenaNet, and they held good to their word. It was a great event with a lot of bonding among fans and devs alike!

What can you expect from PAX for the final day of the event? Head on over to the main site to see a full schedule of events, and stay tuned here on Nerdy But Flirty for highlights of the day!

One thought on “PAX: Day 3 Highlights”