Arcturusian Update – Overworld is Coming Along! 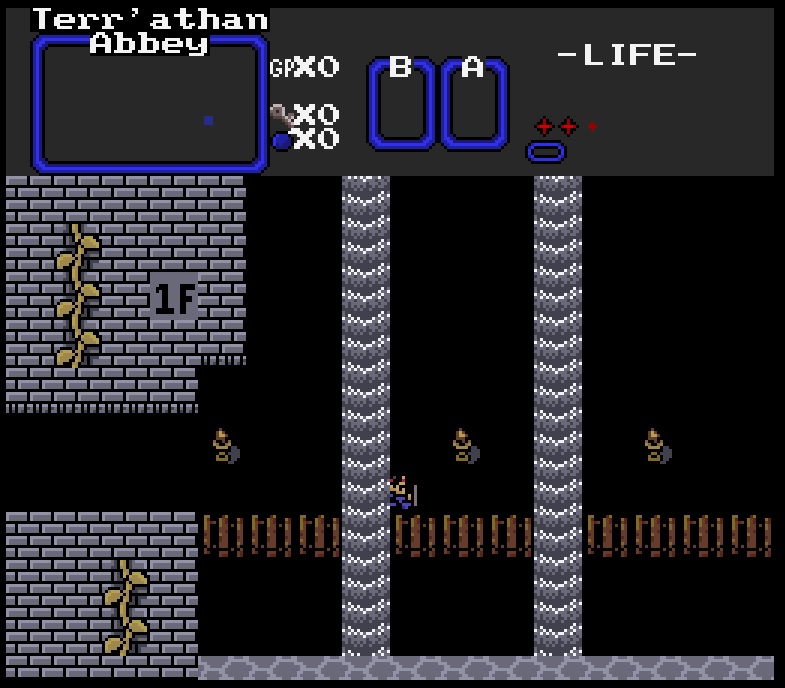 Despite how busy I have been (and will be until around August 29), I’ve managed to sneak in some updates here and there for this gaming project of mine. With my previous post, all I had to show for the project was the initial starting area and some talking NPCs, but since then I have added in the first “dungeon” you explore (it isn’t one of the major dungeons you have to go to, but it is a place you will be revisiting later which contains some crucial plot elements to it while introducing the player to the basics of gameplay), a good chunk of the overworld for the first portion of the game, and various little side-quests for you to embark on. I was careful in the first area to make you play some of the game without any weapon or shield at all, so that you would learn how to dodge enemy attacks and think on your feet – making you appreciate it a lot more when you do acquire your first weapon.

I’m going for a mixture of overhead perspectives (the traditional route) and side-scrolling areas in order to make gameplay interesting. The side-scrolling parts are somewhat inspired by Zelda II: The Adventure of Link as well as games like Kid Icarus. And I realize that scale will always be a problem with a game like this, but each “continent” will have a fairly large overworld (about 128 screens or so, outside of towns/dungeons), many dungeon and cave areas, homes to visit, and towns and castles (all of which are essentially pocket areas of the map). My goal is to make it much larger and more grand than any game that was released in the era it pays homage to.

When I feel that I have a fair sample of the game available for you to play, I will release a public demo, but I am still going to release sample builds to certain people before then in an ongoing basis for testing reasons. I have made note of those who have expressed interest, and will continue to add any trusted names to that list!

In the meantime, enjoy a few more pictures! 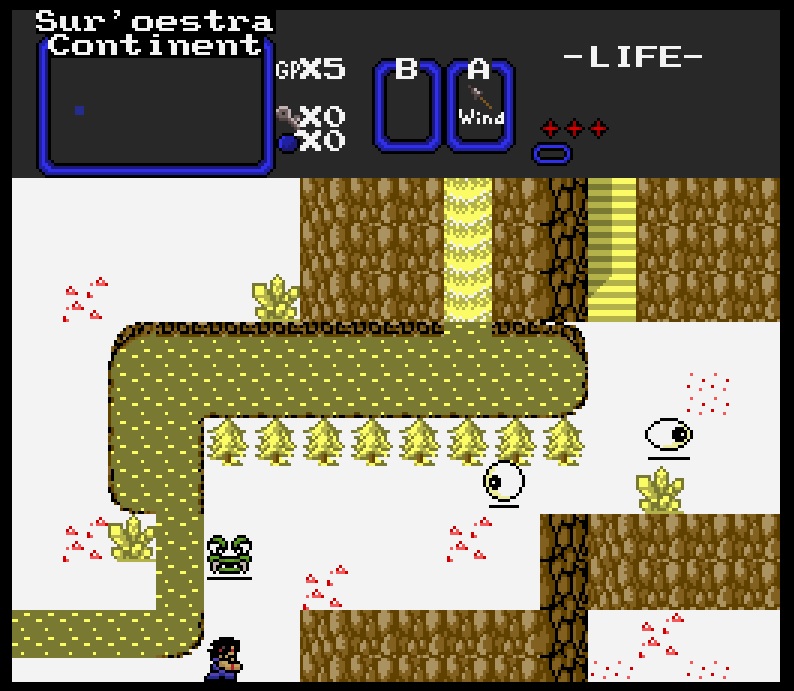 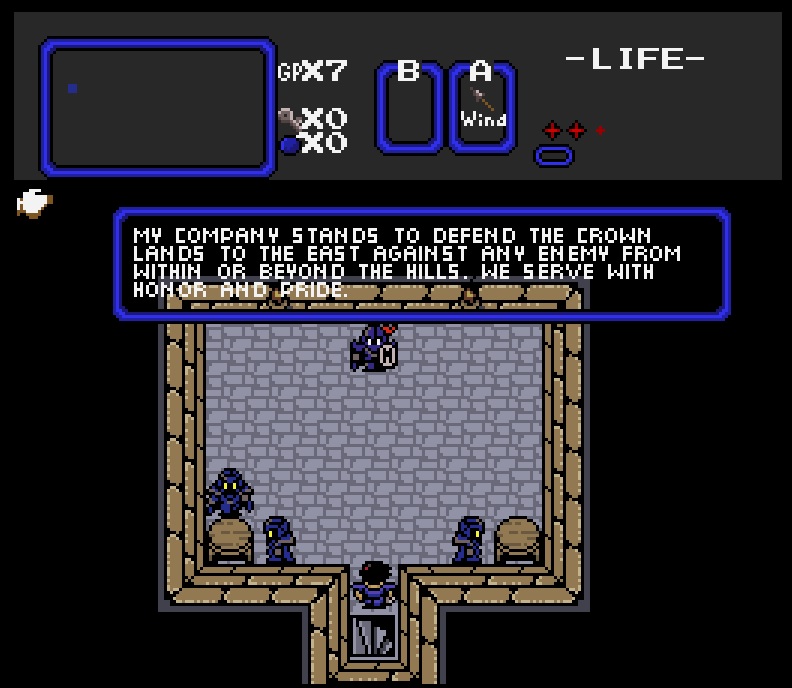 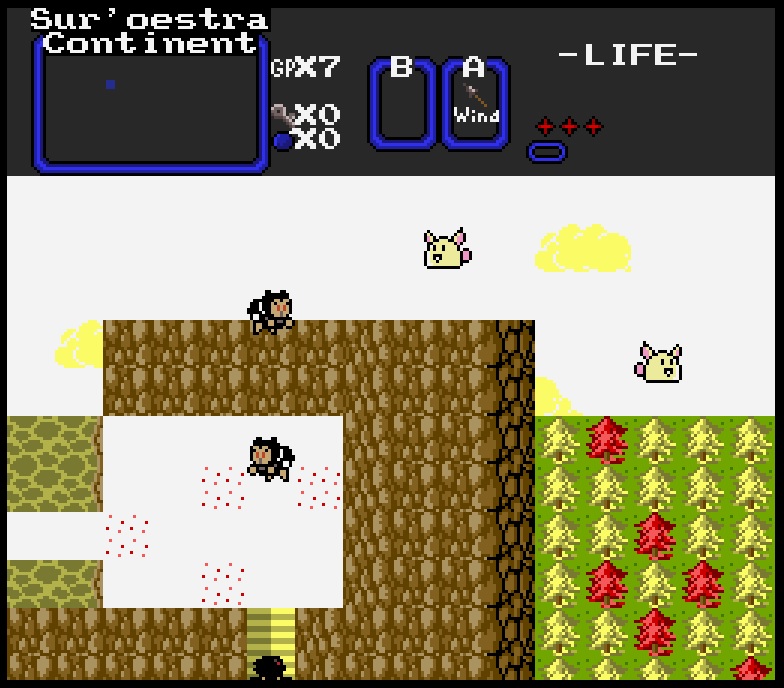 It might be a nice view without all those monsters! 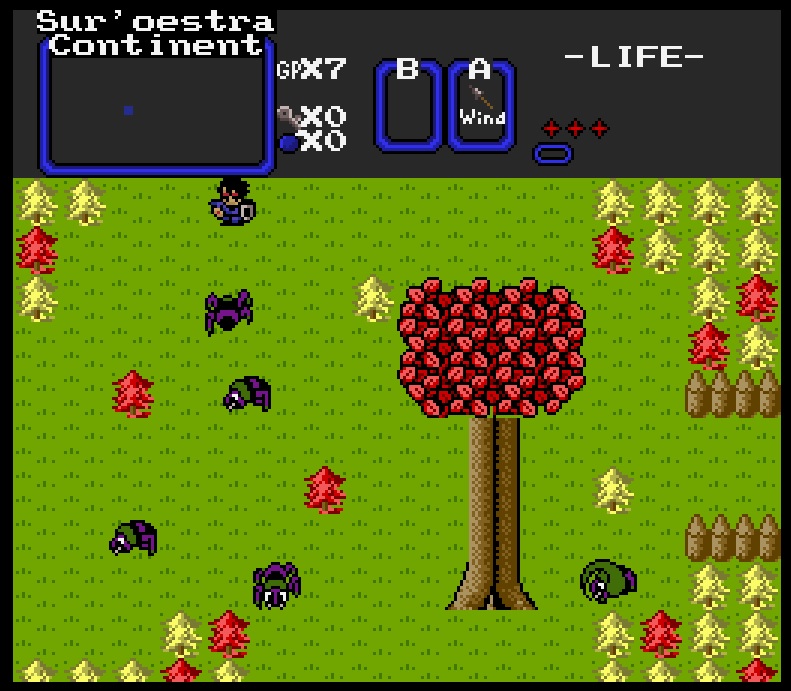 2 thoughts on “Arcturusian Update – Overworld is Coming Along!”