Much Ado About Nothing Review – Joss Whedon Nails it Again

By kelseyr713 July 5, 2013 joss whedon much ado about nothing Review shakespeare william shakespeare

Benedick: “There’s a double meaning in that.”

“Wait a minute, this isn’t a nerdy movie!” you might be saying to yourself right now. I’d argue that on two points. One, Shakespeare is pretty English-nerdy. And two, Joss Whedon directed this adaptation of Much Ado About Nothing, which basically means that you give up some nerd cred if you don’t go see it. The audience I saw this with was excellent; definitely both Shakespeare and Joss Whedon fans. The movie was filmed over twelve days in Whedon’s backyard after completing The Avengers and served as his “vacation.”

Much Ado About Nothing is one of Shakespeare’s comedies. It follows two pairs of lovers, Benedick and Beatrice and Claudio and Hero. Claudio and Hero are young and more traditional, where Benedick and Beatrice are always having a “merry war” of wit when they are together. Claudio and Hero soon end up betrothed, and in order to kill some time before the wedding, it is decided that everyone else is going to trick Benedick and Beatrice into thinking that the other has secretly confessed their love. There’s also some villainy afoot, as Don Jon, the bastard brother of the prince Don Pedro, wants to mess everything up just because a) he can and b) he’s a bastard, in the literal sense, and in Shakespeare’s time all bastards were villains by default.

Joss Whedon’s vision of Much Ado is a modernized one – messages are delivered via cell phone, everyone arrives to the house by car instead of by horse, and swords are replaced with guns. However, all of the text is straight Shakespeare. I do not believe that it would be difficult to understand if you were not a Shakespeare buff, however, because of the wonderful delivery and physicality of all the actors. This version does something that I’ve never seen in a production before – it begins before the play, showing Beatrice and Benedick in bed together, an event that is heavily alluded to in the text. Another change is that Conrad has been gender-swapped, and she and Don Jon are now having an affair, which adds an interesting layer to the proceedings. Otherwise, everything goes down as is expected.

Have you seen any Joss Whedon project, from Buffy the Vampire Slayer to ? If yes, then you know the vast majority of this cast already.

Amy Acker (Angel, The Cabin in the Woods) as Beatrice.

Having been a couple in Angel, Amy Acker and Alexis Denisof were well-suited to play Beatrice and Benedick. Both were equally adept at the verbal and physical comedy that their roles call for, and it’s clear that Joss probably picked them because he knew that they already had demonstrated on-film chemistry. 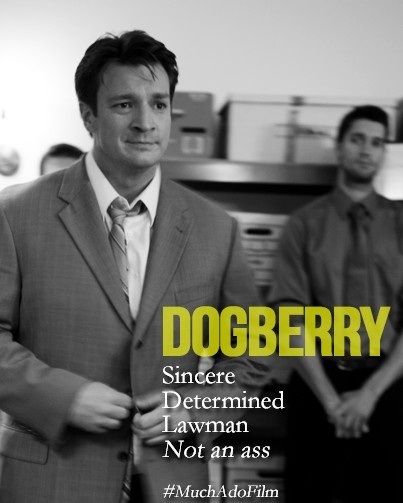 Nathan Fillion is brilliant as Dogberry, the malapropism-dropping constable. He does “bumbling” very well, and you could feel the anticipation in the audience to see what he would do with the famous “I am an ass” speech. 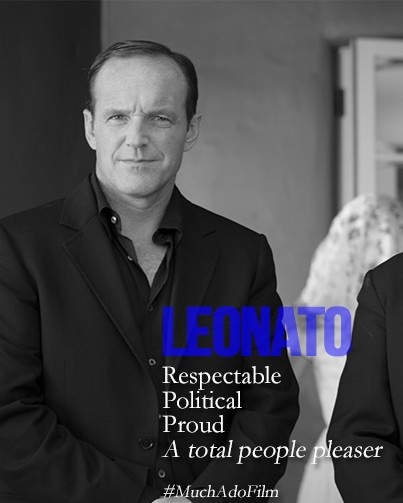 Clark Gregg, most well-known as Agent Coulson in all the Marvel films, is excellent as the father figure of the play. 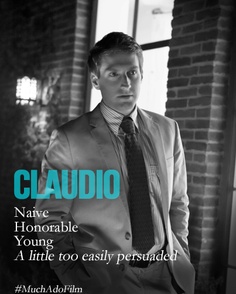 Fran Kranz (Dollhouse, The Cabin in the Woods) as Claudio. 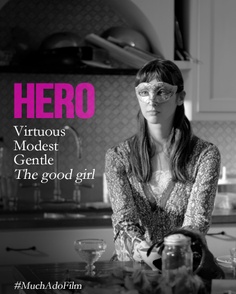 Jillian Morgese and Fran Kranz are well-cast as Claudio and Hero, and they make them more interesting than they have been in past adaptations – they have more chemistry and seem to delight in the scheming. Claudio also displays a temper at times, which is great.

Sean Maher seems a little out of place in the film, but he is supposed to – Don Jon is the outcast of the group. His performance reminded me at times of Keanu Reeves’s in the Branaugh version of Much Ado (which I am honestly a fan of). He is alienated and wants to cause trouble for his brother because he feels excluded. I have only ever seen Sean as an extreme good guy as Simon in Firefly, so it was nice to see him playing deceptive.

Tom Lenk (Buffy, Angel, The Cabin in the Woods) as Verges.

I have to give a brief mention to Tom Lenk, as it’s always great to see him in a Joss project no matter how small the role is (e.g. Ronald the Intern in The Cabin in the Woods). He plays Dogberry’s right-hand man in Much Ado, and the two work really well together – especially when putting sunglasses on.

The movie is completely in black and white, and it works well to give it a crisp, timeless look. There were a lot of handheld cameras in use, and sometimes something in the foreground would be out of focus while our eyes were drawn to something beyond. This added to the sometimes voyeuristic aspects of the play (like when Don Jon is spying on proceedings). There were also some visually-interesting angles at work.

Music was non-intrusive and classical except for a modernization of “Hey Nonny, Nonny” sung during the party, which is pretty catchy, and a funeral/memorial song for Hero’s fake death, which is beautiful. I really wish the soundtrack had been available.

Go see this movie if you like Shakespeare, Joss Whedon, and/or laughing hysterically. It’s a wonderful adaptation that I will definitely be watching again.

You can see if Much Ado is playing in your area by going to this helpful blog. The official website is here, and you can follow the movie on Twitter (also in a UK flavor) and like it on Facebook. Also, in case you missed it, Joss Whedon also got a Twitter. You can also follow a lot of the cast: Amy Acker, Alexis Denisof, Nathan Fillion, Clark Gregg, Reed Diamond, Fran Kranz, Jillian Morgese, Sean Maher, Spencer Treat Clark, Riki Lindhome, Emma Bates, Tom Lenk, Nick Kocher, Brian McElhaney, and Romy Rosemont.